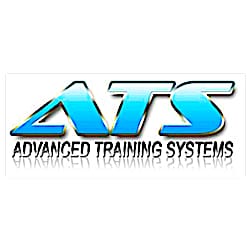 Shortly after the first of the year, a public school in Maine was forced to call off classes when too few of its school bus drivers reported to work. The unprecedented closing was a first for Kermit S. Nickerson Elementary, and school officials vowed not to allow it to recur. According to local reports, however, the district is experiencing a critical shortage of substitute drivers.1

“This is just the tip of the iceberg,” says John Kearney, CEO, Advanced Training Systems, LLC. Kearney, whose company is a leading designer and manufacturer of virtual simulators for driver training, among other applications, adds, “There is a widespread—and worsening—shortage of school bus drivers across the country.”

According to a recent survey, in fact, 22 percent of private bus contractors call the driver shortage “severe,” and 5 percent describe it as “desperate.” The director of transportation for Douglas County school district in Colorado, Donna Grattino, noted that bus driving is not as attractive an occupation as it might recently have been.

“The economy’s better,” she says, “so people are going back to jobs they had previously, or they find the need to stay at home.”2

In addition to the economic recovery, a variety of other factors contribute to the school bus driver shortage, says Mike Martin, executive director of the National Association of Pupil Transportation. Drivers generally need a commercial driver’s license, which requires training, sometimes without pay—further restricting the flow of new applicants. Whatever is causing the shortage, its effects of the problem are being seen nationwide:

In St. Paul, Minnesota, some students are arriving late to school because fill-in drivers are not familiar with the normal routes.

In Lincoln, Nebraska, some positions remain unfilled even after the local school district offered $1,000 signing bonuses for new hires.

In Hawaii last year, a driver shortage in Maui forced state officials to suspend bus rides for some students and limit rides for others.3

In Texas, meanwhile, the state government has turned to what is proving to be an at least partial solution to the problem. A group of prospective school bus drivers in the town of Atlanta, in the northeastern corner of the state, for example, are being trained behind the wheel of a state-of-the-art virtual training simulator, where they are taught how to handle—and recover from—a series of worst-case scenarios.

The program was made possible by a $114,000 grant from the Texas Department of Transportation. “If we can save one child’s life,” says Texas Region 6 Education and Service Center Specialist Larry Thornton, “our goal has been accomplished.” Statewide, Thornton says, the program has reduced driver error accidents by 33 percent.4

“As with the shortage of long-haul truck drivers,” says ATS’s Kearney, “also a growing source of concern,5 simulators offer an economical and highly effective approach to increasing the available supply of drivers for our nation’s schoolchildren. The technology can both reduce the cost of training and produce better, safer drivers.”

Advanced Training Systems (ATS) is a high-tech simulator technology and engineering firm that has revolutionized the design and manufacture of advanced training systems to improve training and create safer drivers. ATS, the holder of multiple patents in a high-tech training simulation, has as its mission to provide this cutting edge adaptive training to all involved in the transportation industry at an affordable cost, resulting in safer drivers/operators. http://www.atstrainingsystems.com