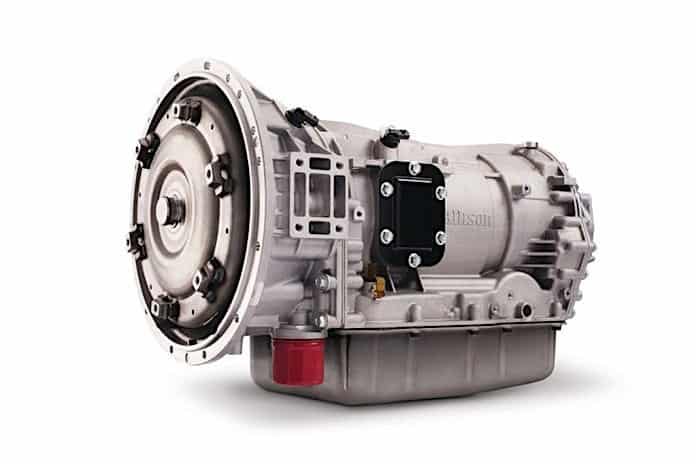 School buses will be among the medium- and heavy-duty commercial vehicles that will benefit from a new nine-speed, fully automatic transmission that targets reduced greenhouse gas emissions and increased fuel efficiency.

Allison Transmission unveiled the nine-speed transmission last week at the North American Commercial Vehicle Show in Atlanta. It is based on Allison’s 2000 Series six-speed commercial transmission.

A company spokesman confirmed that the automatic transmission paired with FuelSense will also be available for school buses when released. That is expected in 2020.

The company explained that the new transmission will save on fuel thanks to a highly efficient gear train allows the torque converter to lock up early in first gear, making it an ideal application for school buses. An engine stop-start system provides immediate transmission engagement and vehicle hold while the engine is restarted.

“When combined with FuelSense, our software and electronic controls packages, and our other fuel-saving technologies, the nine-speed will set a new benchmark in fuel efficiency and reduced emissions, achieving Greenhouse Gas Emissions Model (GEM) benefits,” said Randy Kirk, senior vice president of product engineering and product teams for Allison. “Many OEMs in North America, Europe and Asia have expressed interest and excitement, with prototype evaluations beginning for them yet this year.”