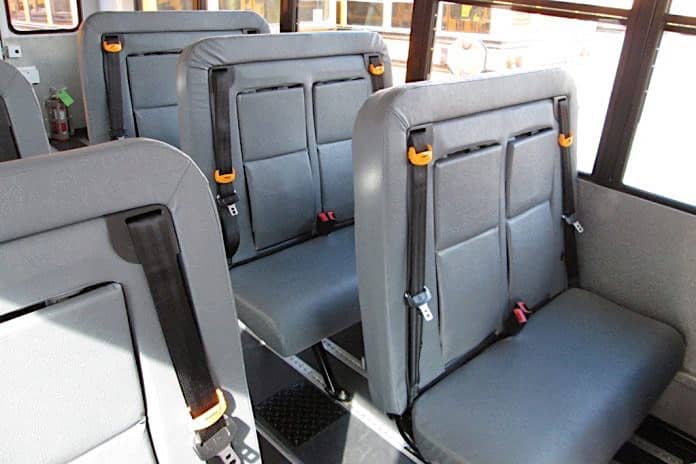 Democrat lawmakers continue their focus on seeking a national requirement for school bus lap/shoulder seatbelts with new legislation introduced in the House of Representatives.

Reps. Charlie Crist of Florida and Steve Cohen of Tennessee resurrected on Wednesday The Best to Use Safety (BUS) Belts Act, which Crist first introduced in 2017, but the bill didn’t receive enough support to advance. The new iteration seeks to enhance school bus safety by requiring all newly purchased school buses be equipped with the safety restraint systems. The bill would also provide grants to school districts for upgrading or retrofitting existing buses.

The reintroduction of the BUS Act also states that no school buses without the three-point belt systems intended for each passenger could be manufactured in or imported into the U.S.

The act would be enforced no later than 90 days of the date of enactment, and the U.S. Secretary of Transportation would need to establish the competitive grant program to provide school buses with the lap/shoulder seatbelts and other safety features.

Grant recipients would also be able to use the money to retrofit a school bus with seatbelts or make another safety upgrade to the bus that demonstrably decreases the risk of injury or death to students in the event of an impact or rollover crash. This includes an upgraded design to prevent a rollover, such as electronic stability control.

If passed, $3 million would be appropriated to carry out the program, and it shall terminate two years after the date of establishment.

According to a press release, Crist championed the implementation of seatbelts in Florida school buses and aims to do the same on a national level. However, Florida’s law requires two-point or lap-only seatbelts on school buses but with no funding provided to school districts. The BUS Act is in response to repeated calls by the National Transportation Safety Board that the lap/shoulder seatbelts be installed on all new large school buses, following investigations into fatal crashes in Tennessee and Maryland.

“Installing seatbelts on school buses nationwide is a common sense, simple fix to secure the safety of the millions of students whose families rely on the bus to get their children to and from school,” Crist stated on June 24. “Districts across Florida have seen the benefits of safety belts on school buses, and now it’s time that students in communities across the country are protected.”

Cohen added, “I have long advocated safer school buses in the wake of some terrible crashes over the years whose impact could have been mitigated by a variety of safety upgrades, including the requirement of seatbelts. I’m proud to stand with my colleague Charlie Crist in introducing this commonsense measure that will save young lives.”

Meanwhile, the School Bus Safety Act introduced last summer addressed safety features for school buses, including three-point safety belts at each seating position. The act introduced by Sen. Tammy Duckworth and sponsored by Cohen was referred to Subcommittee on Highways and Transit a day after it was introduced. However, no progress has been reported since.