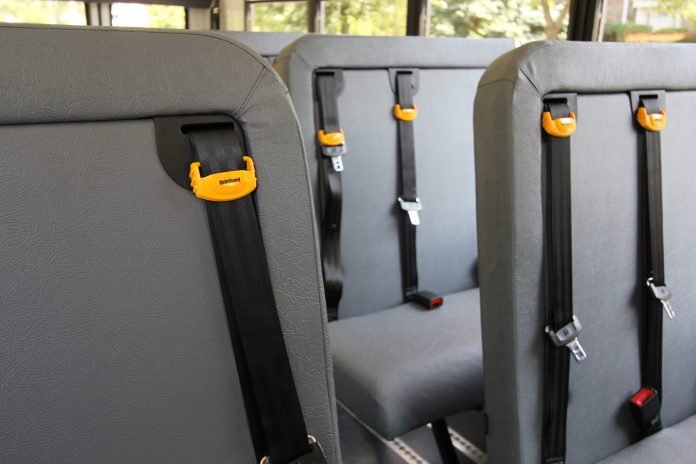 A new rule in Iowa will require that lap/shoulder seatbelts are installed in all new school buses ordered on or after Oct. 2, 2019.

The Iowa State Board of Education adopted the rules earlier this summer and was awaiting a final review by the state’s Administrative Rules Reviews Committee. Max Christensen, state director of student transportation at the Iowa Department of Education, said the legislative panel approved the rule on Tuesday morning. The rules update Chapter 44 of the Iowa Administrative Code.

Many Iowa officials have spoken in favor of lap/shoulder seatbelts and have been advocating for the requirement for years.

The new rule estimates the cost of adding a three-point lap/shoulder belt to be $123 per seating position on a school bus. Based on that calculation, the additional cost to install lap/shoulder seatbelts in a 68-passenger school bus that is purchased in Iowa during 2016-2018, would be $8,364.

However, it is up to each local school district to decide how to implement and mandate the procedures.

In conjunction with seatbelts, the rule also requires other safety equipment on newly-purchased school buses, which includes:

Previously, the Iowa Pupil Transportation Association (IPTA) held a controlled school bus crash test during its annual conference in July 2019, to better understand how belted and unbelted occupants react during a crash. Local crash investigators operated the bus by remote control, and crashed it nearly head-on into a parked car and an SUV.

The school bus was supposed to also completely roll over, but it remained in an upright position following the crash. IPTA concluded the test did confirm that compartmentalization does not always keep unbelted occupants from flying out of their seats, even in a frontal- or rear-impact collision.

As of July 2019, there are 16 school districts in Iowa that have already implemented three-point seatbelts. The biggest reported change has been a decrease in onboard student behavior issues.