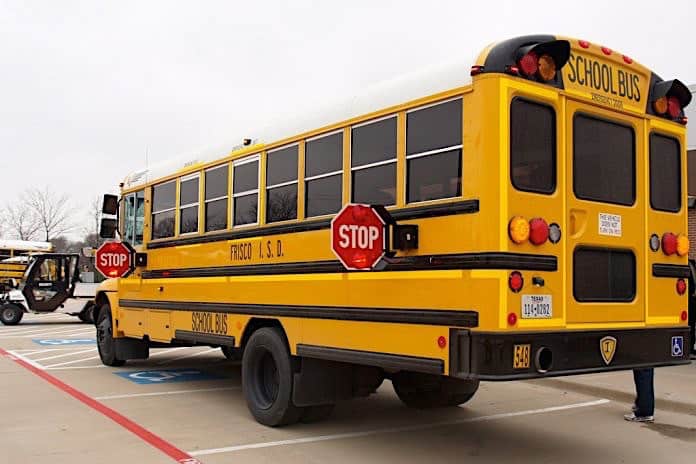 The room erupted with applause after Alexandra Robinson, executive director of the Office of Pupil Transportation at the New York City Department of Education, announced the winners from Fairfield, located about 24 miles north of Augusta.

“It was close, as always,” said Robinson of the teams who placed.

Eighteen teams each consisting of a driver and monitor from different states and districts across the country took part in the competition earlier Saturday at Frisco ISD, which also hosted the Roadeo in 2013. Experts in student transportation evaluated the teams’ performance in 10 different categories including wheelchair loading and securement, behavior management and emergency evacuation. There was also a written test

Pete Meslin, transportation director at the Newport-Mesa Unified School District and one of the roadeo’s lead judges, told STN one of his favorite parts about judging the roadeo is watching how participants sometimes demonstrate how they go the extra mile to better serve their students.

“I think it’s neat to see participants show they have learned some of the finer points,” he said, adding that while “everyone knows how to be safe,” it is often learning the greater details that can make a difference for children.