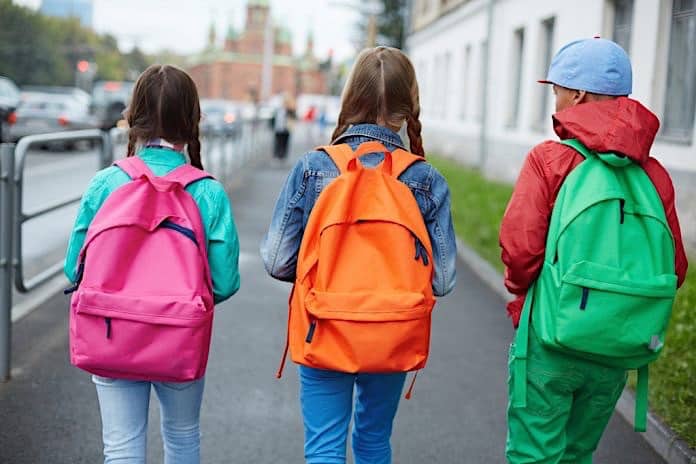 As technology continues to evolve, a new mobile app developed by the City of Milton in Georgia aims to reconstruct the ways children hop on the walking school bus, a popular organized group that uses parents or other staff volunteers to escort children to school along approved paths.

An element of the Safe Routes to School program, the walking school bus is no stranger to the student transportation industry. Some in the industry view it as competition, as any mode of travel not performed in a yellow school bus is considered not as safe.

The National Highway Traffic Safety Administration found in its school bus crash-related data from 2008 to 2017 that 97 school-aged child pedestrians were killed during school commute times, with 49 percent of those between the ages of 5 and 10. Meanwhile, during that same time period, 61 school-aged children who were school bus passengers were killed after being an occupant of a school transportation vehicle.

However, not all students are eligible for school bus ridership, for example, based upon the close proximity of where they live to their neighborhood school. Walking school buses and related bike to school programs also promote physical fitness and reduced air pollution.

Amid the age of COVID-19, these programs provide an option to reduce school bus passenger capacity due to social distancing guidelines, which are resulting in some school districts lengthening the walking distance to school.

Many state guidelines, in fact, encourage school districts to promote walking school bus programs, which could prove to be a better solution than an increase in parents driving their children.

Technology stands at the ready to help manage these pedestrian groups.

Waddle, which went into development last September, is a downloadable app that parents can utilize to send their students to school via a walking school bus, The app also allows parents to sign up as volunteers. It aims to encourage walkability among school children in a safe and supervised manner.

Its features include the ability to add students to a walking school bus group, create walk schedules, track trips, and communicate with other parents via notifications and text messages.

The City of Milton developed the idea for the app after receiving one of four $50,000 grants from the Smart Communities Challenge, which was awarded by the Atlanta Regional Commission. The city has been working on renovating its downtown area, and planners wanted to come up with an idea that allowed them to better utilize technology.

“We are honored to be selected as one of only four grant recipients for the Georgia Smart Communities Challenge,” Milton Mayor Joe Lockwood said at the time. “Our proposal provides the city and its school partners the opportunity to pilot technology for Milton’s parents and students that directly promotes health and wellness, improves traffic congestion, and reduces emission. We look forward to replicating this across the city with other area schools.”

The city also partnered with Georgia Tech University, which has provided the research to support the new technology. Currently, the app is to be tested by Fulton County Schools, but it currently only has the capacity for one cluster of schools in the Crabapple and Milton area.

“As an elementary school leader, this is music to my ears,” said Rachel Williams, a principal at Crabapple Elementary School during the 2018-2019 school year. “With numerous construction projects going up around our school, this is needed now more than ever before. Students and families enjoy walking to school, and we actually hold a formal event day each month. We also enjoy seeing our students and families walking to visit local businesses and restaurants by our schools. With safe routes that are pedestrian-friendly, we know this number would increase.”

The use of the app will be delayed because the Fulton County school district is starting the new school year with an online-only learning curriculum. Initially, the app was to be tested in September.

Shubhangi Jangam, senior planner for the city, said a goal is to create a prototype mobile application that can be replicated globally. She noted that the city has considered approaching Safe Routes to School to expand the app nationwide.

How the Smartphone App Works

After downloading the app and signing up their children, parents can select from a list of available walking trips and groups in their area and the stops that are available in their subdivision. 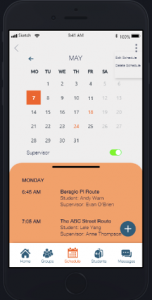 Once parents select a route, they can also select a date they want their children to join the group, either every day, on certain days, or recurring days. The same feature exists for parents who want to be a group supervisor. The app only allows five to six students per parent volunteer, which Jangam noted is a benefit as it is conducive to social distancing.

The app also allows parents to review their child’s upcoming trips and trip history. They can track the route in real-time and receive notifications when the trip starts, their child joins the group, and when the trip ends at school.

The supervisor marks the trip as complete upon arrival at school.