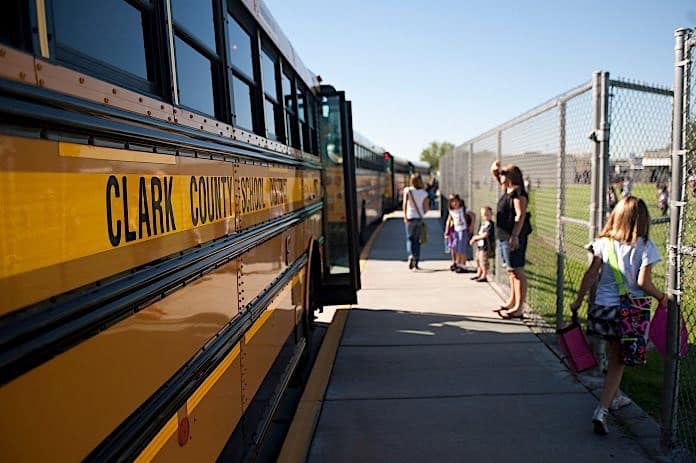 Researchers admitted the study was unable to determine whether seat belts would have prevented motor vehicle crash-related injuries because of a lack of sufficient detail in the methodologies used.

Methodologies
The study is based on the Consumer Product Safety Commission’s National Electronic Injury Surveillance System that tracks all injuries treated in 99 small to very large regular hospital and children’s hospital emergency departments across the nation. The journal “Pediatrics” published the Columbus Children’s Research Institute study “School Bus-Related Injuries Among Children and Teenagers in the United States, 2001-2003” that sampled 939 non-fatal school bus-related injuries. It extrapolated that an estimated 51,100 total school bus injuries were treated over the three year period. That equates to about 17,000 total student injuries treated annually for a rate of 21 per every 100,000 population center, or about double what NHTSA reported to Congress in its 2002 school bus crash worthiness study.

The “Pediatrics” figure was more than three times greater than an estimate by the Transportation Research Board. TRB’s data was taken from the National Automotive Sampling System General Estimates System, which captures injuries arising from crashes that resulted in “property damage, injury or death” during the normal school commute hours of 6 to 9 a.m. and 2 to 5 p.m.

While on the surface appearing to contradict official federal studies, the “Pediatrics” report actually reiterates the inherent safety of the school bus. The report is especially unique as it tracks school bus injuries in addition to those that occur during motor vehicle crashes, namely those occurring during loading and unloading and during sudden driver stops or other evasive maneuvers that do not result in accidents. Motor vehicle crashes also accounted for the largest number of injuries at 42 percent, or approximately 7,200 a year.

With a 95 percent confidence level, the study also concluded 97 percent of the injured students were treated and immediately released. But Jennifer McGeehan, an epimediologist and project leader at CCRI’s Center for Injury Research and Policy, pointed out the study only indicates the disposition of the cases at the time of visit, and actual injury numbers could be higher. Visits to primary care physicians were not documented, and she added there was no way to track unreported school bus injuries that later require treatment.

Still, the study found only 4 percent of all injuries to children each year in motor vehicle crashes during school travel hours are school bus related, or about one injury for every 17 million school bus miles traveled, and one-third of those injuries were classified as minor strains and sprains. The study fails to mention that most school districts nationwide also have a policy that requires students involved in any school bus-related accident be transported to a local hospital for evaluation.

Meanwhile, the report found 152,000 child injuries occur each year in other motor vehicle crashes during normal school commute hours, a statistic in general agreement with federal and industry statements that school buses are at least nine times safer than other passenger vehicles depending on the driver. Injuries dramatically increased when students traveled in cars driven by teenagers. Approximately 25 million students each school day ride to and from school across 4.3 billion cumulative miles on 470,000 school buses equating to approximately 10 billion annual student trips.

“The No. 1 thing I take away from this is there needs to be more complete reporting,” McGeehan said. “The only data that has been available on this topic has been from federal research. They tend to focus only on motor vehicle deaths.”

Facts and Figures
The report’s data sheds light on the specific injuries suffered by all school bus occupants. The highest percentage of injuries were sprains and strains at 33 percent — 37 percent of those occurred in the neck, 33 percent in lower extremities and 21 percent in the trunk. Students over 10 years suffered these types of injures nearly three times more than younger children. Contusions and abrasions accounted for 28.3 percent of injuries and lacerations (14.9 percent).

Head injuries accounted for a third of all school bus-related injuries and more than half of injuries were suffered by children under 10 years old. More than three-quarters of lacerations were to the head.

Researchers said traffic accidents resulted in 42 percent of the treated injuries, with nearly 24 percent of these injuries occurring during loading or unloading at the school bus stop. Students ages 10 to 19 experience a greater proportion of injuries due to crashes (46 percent) and loading/unloading (25 percent) compared to children under 10 years of age (nearly 34 and 21 percent, respectively).

The report also found that children ages 10 to 14 accounted for the largest proportion of injuries at 43 percent compared to other age groups. Researchers pointed out that these children were more likely to ride the school bus because they are more independent than younger children and students over 16 are more likely to drive themselves to school or ride with licensed students.

In one breath, the “Pediatrics” article recommended lap/shoulder belt restraint systems on all newly purchased school buses. But it also concluded more research is necessary to determine how school bus construction standards and operational components, student supervision and rider behavior affect these injuries and how occupant restraint systems might prevent them.

In light of the recommendation for lap/shoulder belts, McGeehan added that it became evident the issue is not an easy one to solve. Researchers learned how the occupant restraint system implementation can lead to various operational issues for school districts not to mention increasing costs.

“There needs to be communication,” she said. “People are talking, and hopefully that’s the beginning of something. The more we can learn the better.”

The study is the first to describe total non-fatal, school bus-related injuries of U.S. children and teenagers. The American School Bus Council released in a statement the study “is one more piece of definitive proof that school buses are the safest mode of transportation on the road. The “Pediatrics” study concluded there is a need for continuing vigilance to ensure that school buses remain a safe mode of transportation for children.”

Reprinted from the January 2007 issue of School Transportation News magazine. All rights reserved.