Students & Guns: What Can School Bus Drivers Do? 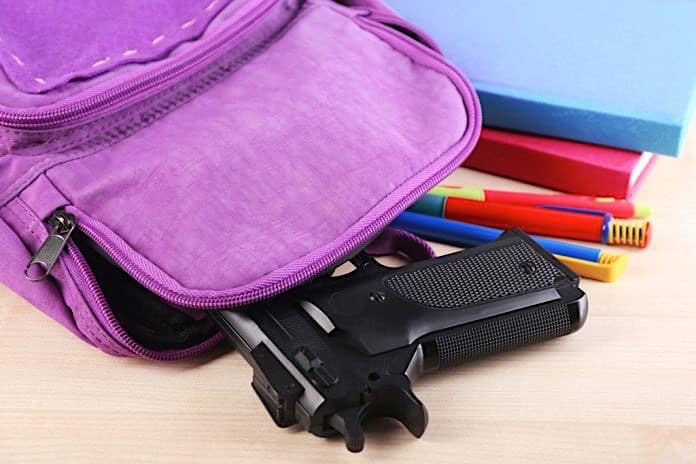 A number of gun-related incidents on or around school buses prompted a question to one of the nation’s pre-imminent school security experts: What can and should school bus drivers do to deter such cases? 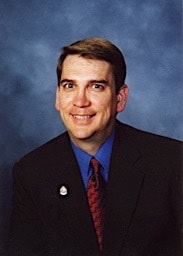 Mike DornIt’s a tricky subject to address, considering many school districts nationwide already face a severe driver shortage. That, coupled with or even as the result of low pay as well as the increasing complexity of the job, has many student transporters scratching their heads as they seek answers.

So we turned to Mike Dorn for ideas. He is the executive director of Safe Havens International. and a former school resource officer and chief of police for Bibb County Schools in Georgia. Dorn and his staff for years have provided training to school bus drivers and educators on how to detect suspicious activities that could indicate an attack.

One of these training sessions presented at the STN EXPO about a decade ago showed the number of ways that a student can conceal multiple weapons—from guns to knives to nunchucks—on their person by using pockets, hoodies and even backpacks. The latter example occurred on a Florida school bus earlier this month. A similar incident occured in October at another Florida school. Then, on Wednesday, a school shooting occured in Broward County that  resulted in at least 17 student fatalities and more than a dozen injured. While the alleged shooter was said to be a former student, it further polarized the national issue of not only gun control but what school staff and especially school bus drivers can do to identify threats before something happens.

“(V)isual weapons screening is limited in the ability of a driver to spot a handgun in a backpack or purse but is still important because a lot of students don’t want to keep the gun in a backpack because it is slow to bring the gun into play,” Dorn told STN. “This is true of the students who are often most at risk for using a gun.”

Many of the training concepts, he explained, were developed as a result of interviewing students who had been caught with weapons about how they acquired the weapons, why they carried them, and what a school district could have done to influence their decision to carry a weapon on a bus or to our schools that day.

“The number one reason students gave over a 10-year time period was to protect themselves,” he added. “The students routinely told our officers that they were carrying a gun due to the fear of being beaten up or fear of retaliation from gang members.”

Dorn had similar experiences in junior high and high school, as recounted in his book Weak Fish, when he regularly carried a weapon with him to school for protection against bullies. The school failed or refused to protect him, he recalled, so he took matters into his own hands, especially after being slashed with a box cutter his senior year. Not the smartest, most mature response, he readily admitted.

“In my case, I lost any confidence in school officials protecting me after I was cut and vowed that I would never be defenseless at school again. I carried a handgun to school for the last few weeks of school out of fear and desperation,” Dorn said. “While I made a poor choice in doing this, I would never have made these choices had school officials done their job and kept me safe.”

Sometimes, children simply get their hands on an unsecured gun at home and decide it would be fun to show their friends at school. But Dorn said student transporters, educators and administrators must realize that an attack using that weapon becomes more possible every time a child is beaten up or intimidated and the school fails to offer protection. He pointed out that dozens of fights can occur on a bus each school year, so it should not come as a shock that some of the student passengers could be carrying weapons.

Dorn recommended a comprehensive approach of behavioral training for drivers on pattern matching and recognition be matched with effective gang intelligence, 27/7 anonymous reporting systems, proper utilization of student discipline and intervention strategies, and social media outreach and PSAs to the community. In some cases, he added, schools may need to consider random, surprise metal detection of certain groups of students as they leave the bus in the morning or board the bus in the afternoon.

“In my experience, students do not typically arbitrarily decide to carry a gun on the bus or to their school,” he added. “One of the things we see when serving as expert witnesses on school violence cases is a long pattern of academic, attendance and disciplinary problems without proper intervention. Consistency in follow-through is extremely important.”