Unfortunately, it is not one of the cleanest.

The unhealthiest air a child breathes throughout the day is often on the drive to and from school, due to the noxious diesel fumes that permeate the cabin. But there is a solution to a dirty school bus fleet on the horizon – all-electric school buses are here at scale, and soon we may see many more of them on the road.

We can all agree, no one deserves cleaner air than our kids.

As part of its proposed American Jobs Plan, the Biden administration has discussed ambitious plans to convert at least 20 percent of the school bus fleet in the United States to zero-emission – and had previously hinted at going even farther, electrifying the entire U.S. fleet by 2030. That would amount to replacing about 500,000 school buses that are currently on the road with electric buses in less than a decade.

That would be no small task.

There’s good news – it can likely be done.

The next generation of school buses will be zero-emission. Here’s how Lion and other OEMs could participate in such an initiative.

The answer to why electric buses is obvious – they are cleaner and quieter. But what if, as a school district, you could put more money back into classrooms from savings on bus fleet operations?

Electric buses make this a possibility.

Electric buses are mechanically much simpler than their diesel, gasoline, CNG or propane counterparts, meaning they require less maintenance and are much cheaper to operate – with maintenance cost reduced by up to 60 percent. There is no oil to change, timing belts to replace, spark plugs and ignition, or emissions controls maintain, as well as fewer bearings and seals, just to name a few. 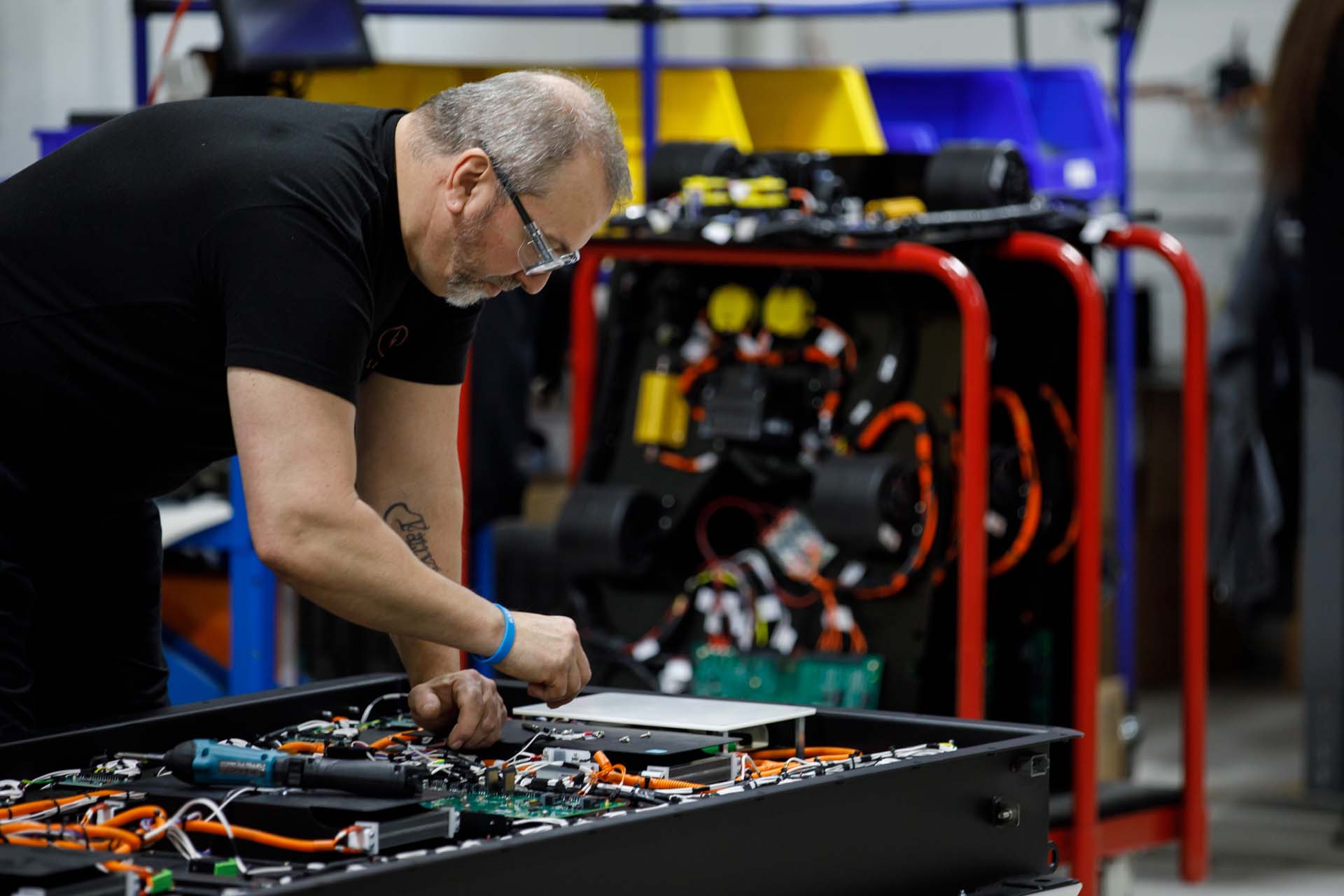 Many are also built with composite bodies, eliminating rust and water intrusion issues while also reducing weight. As a bonus, the reduction in maintenance means that electric buses suffer less downtime and can be on the road more often.

Zero-emission buses are also cheaper to drive, with energy costs reduced by up to 80 percent. Larger school districts can spend literally hundreds of thousands to millions of dollars per year on diesel fuel, so it is easy to see how quickly the savings can add up.

Simply put, the breakeven point on an electric school bus is significantly shorter than that of a diesel bus. Now more than ever, in the wake of COVID-19 related funding issues, cost savings are of critical importance to school districts.

Replacing all 500,000 school buses in the U.S. clearly can’t happen overnight for a variety of economic and logistical reasons. But the goal of 2030 is very realistic.

First, and most importantly in the short term, school fleets typically only retire a maximum of about 10 percent of their fleet vehicles per year. Those retired are the oldest models – typically well over 12 years old.

Because of their age, they are also the highest polluting models in the fleet as well, given emissions restrictions have improved year-over-year. This is important to consider, because replacing these older vehicles with a zero-emission bus will result in a significant and immediate air quality improvement.

In economic terms, a staged approach of replacing around 10 percent of a given fleet’s buses per year also eases the financial burden on schools, stretching the cost out over a manageable amount of time while phasing in new technology and training at a manageable pace. Production of 50,000 zero-emission school buses per year is a challenge that the industry can meet in the very near future.

A commitment to electrifying the school bus fleet in the U.S. would create immediate demand for thousands of clean economy jobs over the next few years so that manufacturers can appropriately scale production. No one manufacturer can meet the demand of replacing the entire U.S. fleet – it will require all participants to do their part, to the benefit of our communities.

A formalized agenda to replace all 500,000 school buses in the U.S. would serve the purpose of codifying the industry toward a common goal.

As an example of the potential job impact, Lion Electric recently announced it is opening a manufacturing plant in the U.S. the second half of 2022, with the capacity to produce up to 20,000 zero-emission vehicles per year – which will result in the creation of many new clean energy jobs, training workers with critical skills for the future green economy, and multitudes more secondary jobs. 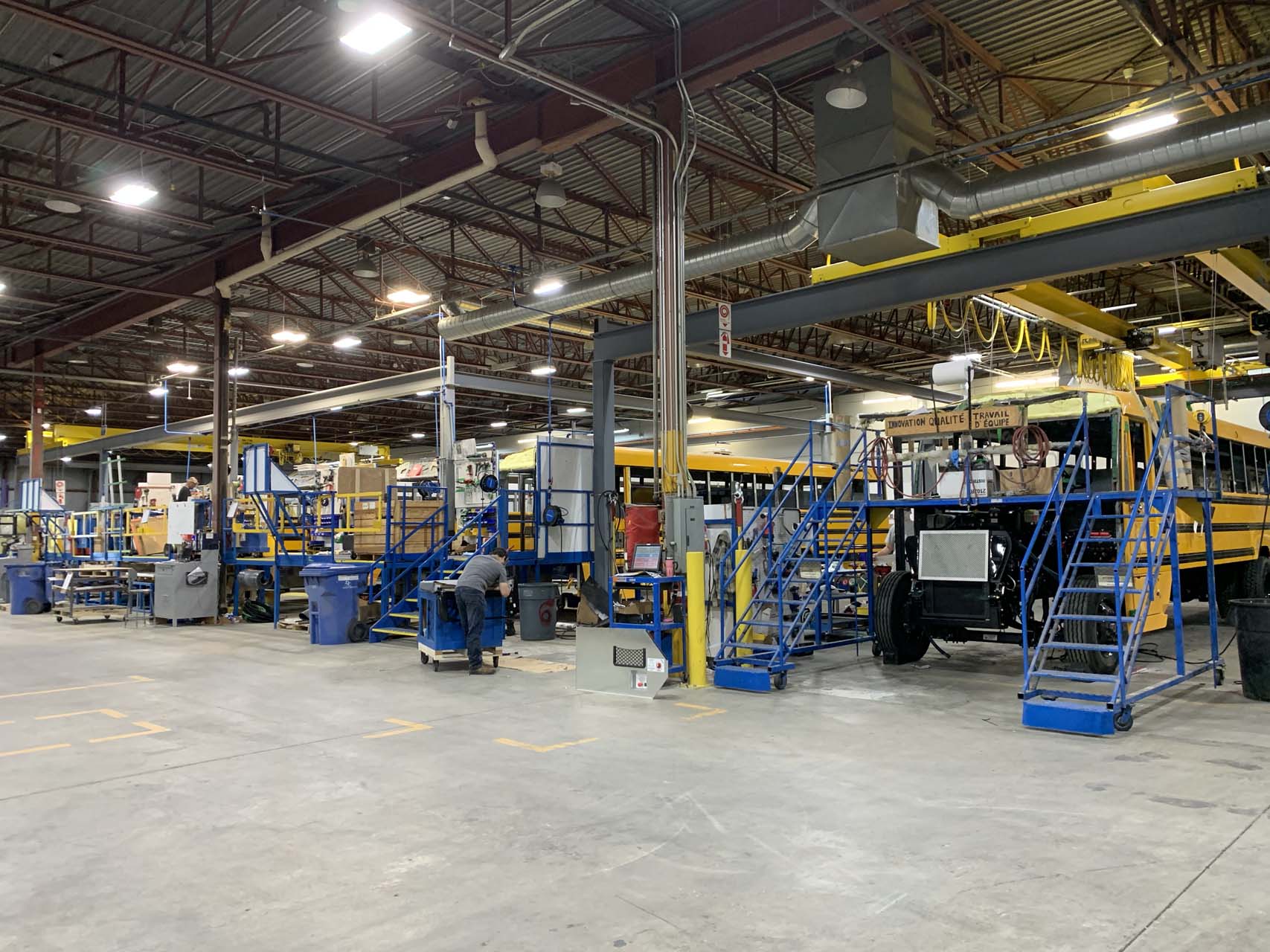 With hundreds of local, state and national governments around the world committing to carbon neutral goals over the coming decades, there is no denying that the clean energy economy is here to stay. These clean economy skills will continue to pay dividends in the future.

Replacing a diesel school bus with an electric school bus removes approximately 23 tons of greenhouse gases (GHG) per year. If all 500,000 school buses in the U.S. become zero-emission, 11.5 million tons of GHGs would be eliminated every single year – a huge contribution to the fight against climate change.

Furthermore, children – who are one of the most vulnerable groups to air pollutants – would have cleaner air to breathe, which is incredibly important to their health.

Fine particulates which can be produced by diesel engines are especially dangerous. Poor air quality has been proven to cause higher likelihood of developing respiratory, cardiovascular and neurological diseases and disorders, including asthma and cancer. This is especially true in underserved communities where the concentration of air pollution is highest. These air quality benefits also expand to the larger community as a whole.

Lastly, the positive experience of riding to school on a silent, all-electric school bus creates an entirely new picture of the future of our children in a grassroots manner. An electric school bus becomes just a school bus, meaning that they don’t have to grow up and accept electrification – it will just part of their lives, and many will likely never drive a gas or diesel car.

That impact is likely last a lifetime, creating an openness to not just zero-emission transportation, but more importantly an environmental awareness that will become standard in their future, setting up communities for a more sustainable society.

Learn more about The Lion Electric Co. and its ZEV offerings. 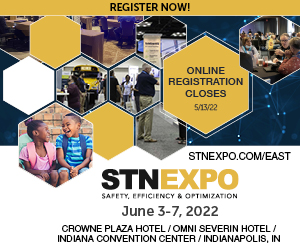