“We wouldn’t have been able to open school on time” without Transfinder.

Officials at Valley Central School District say Routefinder PLUS transformed the school district’s transportation department and they are certain that without it, school would not have opened for the 2020 school year on time.

“We are so confident that we would not have been able to open school on time in September and we were the largest school in Orange County (NY) to do so,” said Brad Conklin, Valley Central School District’s business official who oversees transportation.

Orange County is located in the Mid-Hudson region of New York and considered a bedroom community to New York City.

The district turned to Transfinder after dealing with a set of problems creating the perfect storm:

Those issues led Valley Central to leave an existing routing provider — despite still having a year left on their contract — and instead deciding to go with Transfinder in January 2020.

That decision paid off.

Routefinder PLUS is Easy to Use

PLUS is Transfinder’s award-winning routing software. It was released in April.
Providing users with the ability to create multiple databases and easily modify routes were key features of PLUS that helped the district successfully reopen on time, Conklin said.

“We had tons of changes in August but there was such ease working in the system,” Conklin said, noting the ability to drag a group of bus stops from one route and place them on another route in a logical order.

“It saved hours and hours of work,” he said.

The easy-to-use PLUS system was a massive shift from the challenges the district experienced in 2019 using a different company’s software.

The backstory: Valley Central, a district with about 4,300 students, contracts out its transportation. The district has about 60 drivers and more than 40 big bus routes. It has another 20 small buses, as well as vans that have students going to three BOCES.

“We had a lot of issues with [the other] system,” Conklin said, noting fellow router Renee Marchant, who is the district’s transportation coordinator, was “incredibly frustrated. You’d have kids who were randomly bumped from one stop to the other side of the street. It was really a mess.”

“Every day we would come in and the kids we put on the bus the day before would be off the bus,” said Marchant, who is also the district’s technology department secretary. Typically, Marchant had to reassign 500 students or more every day.

“If I actually drew a route through an area, kids on other buses would come off their existing buses and go on that route. It was horrible,” she said, referring to the previous software system.

Prior to the start of the 2019 school year the previous software provider also had its servers down constantly, putting the district in a tough spot as routes were still being created.

When Conklin assumed a new role overseeing transportation, he saw Marchant’s frustration with the other company’s software as well as its lack of service and decided to bring in Transfinder for a demonstration. The district liked what they saw.

With PLUS not being released until April 2020, the district opted to start with Routefinder Pro and then move to PLUS when it was available. Conklin said Pro was a marked improvement over the district’s previous system, but added that PLUS was an even more significant upgrade.

Transfinder built some basic routes for Valley Central and the district built the rest. Then the pandemic hit, forcing Conklin and Marchant to work remotely rebuilding routes and creating new routes as well. PLUS made that transition easy since it is a browser-based solution.

“The ease of the web-based program has been key to us,” Conklin said. “We can open our personal laptops at home and log in and do whatever we need to do.”

He was even able to work on his laptop from the sidelines of his 13-year-old daughter Audrey’s softball practices. “I was able to do anything in the Transfinder system that I needed to do, whether it was route buses or run reports.”

Routing During a Pandemic

Conklin said in PLUS he has the ability to create multiple databases and easily modify routes , which were key features helping the district successfully reopen on time and stay up to date during the pandemic when change is constantly taking place.

Today the district finds itself regularly working in multiple databases, something its previous software company did not permit but something that is actually featured in PLUS.

“It’s really allowed us to put our students in silos,” Conklin said. Because of the pandemic and the need to social distance, the district is operating on a hybrid model with half the student body attending on alternate days.

Because special needs students attend school all five days, a unique route had to be created on Wednesdays, something Marchant said was easy in the PLUS program. 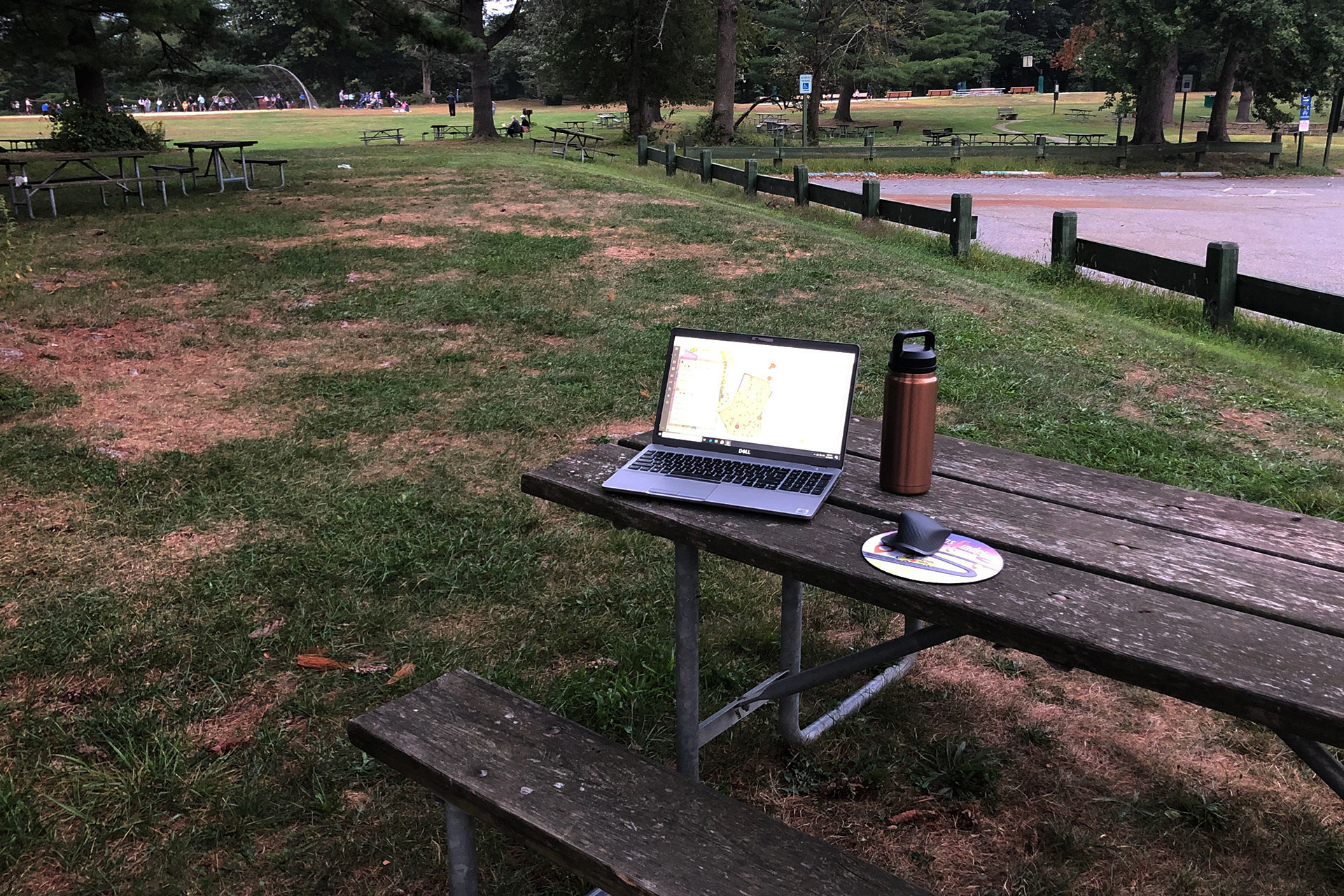 PLUS Provides the Big Picture

“Not only for the pandemic – with the multiple databases we use – PLUS gave us an overview of all the routes together, which we never had before,” Marchant said. “So, we could see if we were being redundant in our busing, which was huge.”

PLUS has provided the district with the flexibility it needs when school buildings had to shut down because of COVID, something that has happened at least 15 times so far this school year.

Marchant said she still revises routes on a daily basis, whether its students moving into or out of the district or parents opting for in-person or at-home instruction.

“A lot of parents were planning to drive their kids into school and then they found themselves going back to work,” Marchant said. “So, we got the kids on the bus right away for them.”

Another feature Marchant likes is the ability to create alternative drop off sites for students if, for example, they have different locations they go to throughout the week, such as a babysitter’s or grandparent’s home.

Conklin sums up what he values most about Transfinder this way:

“There are two main things that have been so great about Transfinder: One is the ease of the system and two is the support.” Like PLUS, Transfinder’s support team is also award-winning. Conklin said he could also reach his point person in support who was always at the ready when needed.

Weeks before the first day of school, Conklin and Marchant were working weekends and the district’s main Transfinder contact was always available and continues to be, on a daily basis, Conklin said.

He is pleased the district decided to ditch its previous software provider and make the switch to Transfinder’s Routefinder PLUS.

“It’s only going to get better,” he said.

The Evidence is Clear: Electric School Buses are the Best Choice to Reduce Emissions