With the recent recommendation by the National Transportation Safety Board (NTSB) that fire suppression systems be installed on all existing and new school buses, as well as subsequent legislation introduced in Congress mirroring many of these recommendations, Fogmaker North America has seen a dramatic number of inquiries from transportation directors across the country on how they can best protect their students and fleets from school bus fires.

The NTSB recommendation was made as a result of recent investigations where school buses caught fire and fatalities occurred, most notably in Oakland, Iowa. Fire in an engine compartment is often fast and difficult to suppress, especially without an engine fire suppression system. After walking through their findings, the NTSB found the root cause of the accident was a fire that started in the engine compartment, where most bus fires originate.

Unfortunately, this occurrence is all too common with over 380 school bus fires reported annually, according to a recently published U.S. Department of Transportation study.

“When it comes to the reality of a school bus fire, it’s not a matter of if, it’s a matter of when. And to confront this reality, numerous states, as well as private and public-school bus providers, are now mandating engine fire suppression systems be installed throughout their fleets,” said Kent Tyler, executive vice president of USSC Group, maker of Fogmaker North America fire suppression systems.

Fire suppression systems like Fogmaker’s are designed to detect the engine fire and automatically put it out. Tyler explained, “Our system is a high pressure, water-mist system, so it deploys from 40 seconds up to 120 seconds, using water with an environmentally friendly AFFF foam.”

The system is designed to knock out the fire initially with the high-pressure blast, then cooling the engine compartment and preventing a reflash by coating the entire area with AFFF. This allows the system to attack all three sides of the fire triangle: Heat, Oxygen, and Fuel. See how it works in the video below. (Article continues after video.)

Fire suppression isn’t just a good investment in passenger safety, it can also protect the school bus from significant damage in case an engine fire does occur.

“When it comes to thermal events on school buses, it’s our goal to do everything we can to educate the school bus industry that these events not only occur, but there are systems widely available and used in a variety of industries specifically designed to detect and prevent engine fires,” Tyler added.

With the new NTSB recommendation and pending legislation, school transportation officials are encouraged to add fire suppression systems to all new and existing fleets, which not only gives occupants more time to evacuate but can also save your bus from becoming a total loss.

Contact Fogmaker today to find out more about how our automatic fire suppression systems can be installed throughout your fleet. 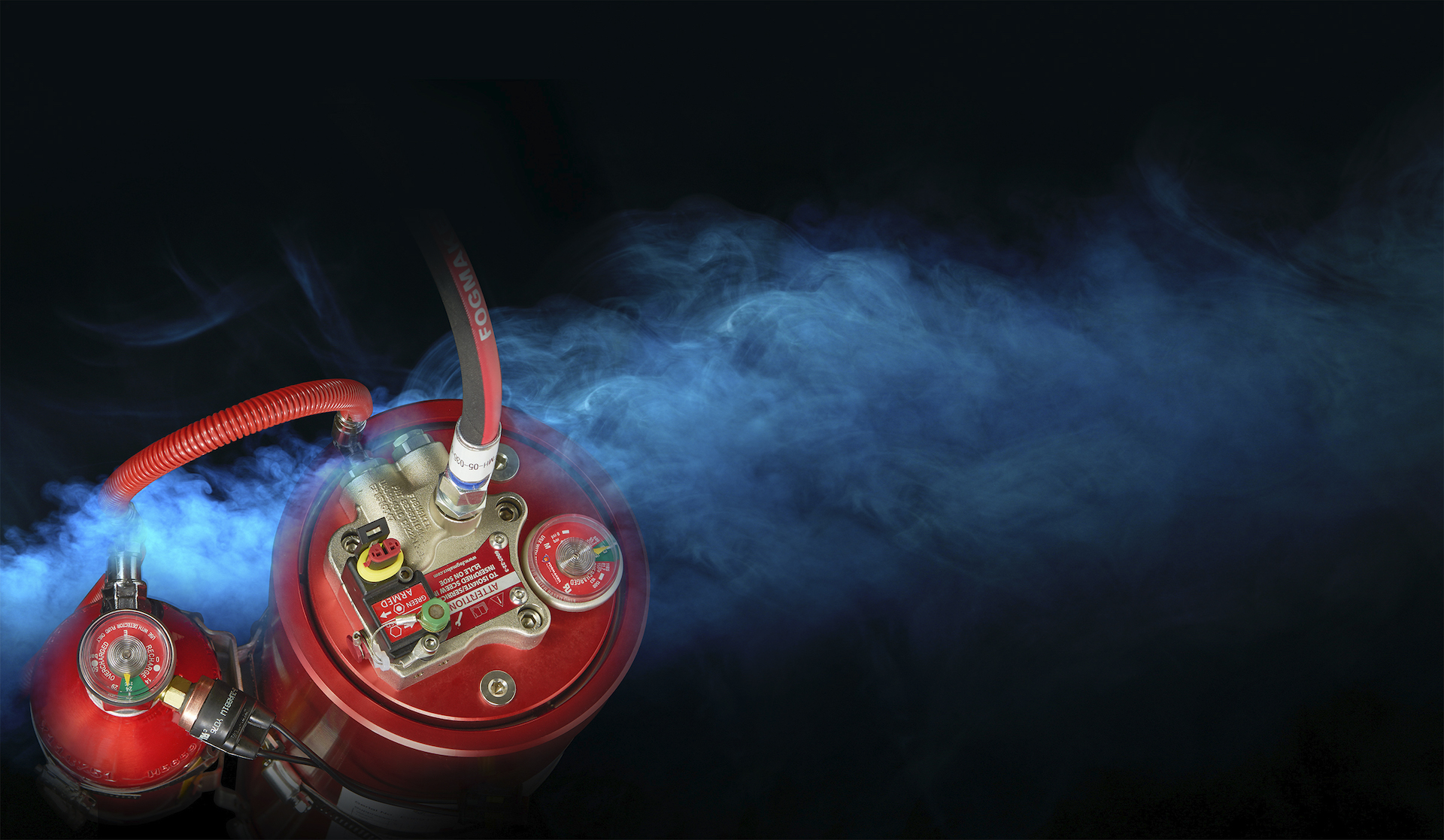