“This Is So Easy Now With This Technology.”

Five years ago, Bakersfield City School District, a kindergarten through eighth-grade district with 30,000 students in California, decided to drop the routing company it had used for several years and selected Transfinder for its routing solution.

It became apparent very quickly to district officials that their decision to select Transfinder was the right one.

Julee Arnall, the district’s assistant director of transportation, recalls that she and her team joined forces with Transfinder and “took all of our routes apart and put them back together in a week and a half.” The district transported 10,000 students pre-COVID, but it currently is transporting 8,000 students, including some 1,300 special education students.

Fast forward to 2021 and the district upgraded to Transfinder’s newest routing solution, Routefinder PLUS and Arnall is not looking back.

“We just grabbed it and ran with it,” Arnall says. She anticipated it would take some time to get up to speed with Routefinder PLUS, the browser-based routing software that received a top industry award in its first year of release in 2020.

“We looked at it and went, ‘I think we can do this,’” Arnall remembers. “One of the routers and I sat down and we flipped our routes over and we built summer routes in the next two weeks and said, ‘Oh yeah, we’re good. We can get rid of the old program.’ It’s much more intuitive. It’s been a wonderful changeover for us.”

Intuitive, user-friendly and robust are words often associated with Routefinder PLUS, which won the Most Innovative Software award at the 2020 Bus Technology Summit, the year PLUS was released.

Features like Trip Absorption and the ability to create unlimited “what if” scenarios have been critical to her success during the pandemic and dealing with challenges such as the driver shortage. Added to that the district’s move from 45 different start times (a different one for each school) to three start times this school year and two start times beginning next school, having data at her fingertips has been crucial.

Because of that, it is more critical than ever that transportation has the resources it needs to do the job efficiently and effectively as possible, which is why Arnall loves Trip Absorption.

“Absorption is great,” she says, adding that it has helped the district combat the driver shortage. In August 2021 the district was down 25 drivers. Typically, the district needs 112 drivers daily.

Routefinder PLUS helped the district eliminate 20 routes as well as a number of bus stops. (PLUS also played a role in helping the district determine which students were within the walk distance to their schools (a 1.25-mile radius of the elementary schools and a 2-mile radius of the junior high schools) so it could effectively enforce its bussing policies.

Planning For the “What Ifs” Within the District

Another feature Arnall likes with Routefinder PLUS is the ability to create a myriad of “what if” scenarios so that district leadership can look at multiple options and see the impacts of those choices. Those scenarios can be saved so they can then quickly be implemented if necessary.

“We are getting ready to go from a three-tier system to a two-tier system and I’ve been asked for scenarios,” Arnall said. The district’s drop to two start times next school year is driven in part by a new California law that goes into effect during the 2022-23 school year that prohibits middle schools from beginning instruction before 8 a.m.

Routefinder PLUS has given Arnall and her team the data needed and the features and functionality to pull it off. 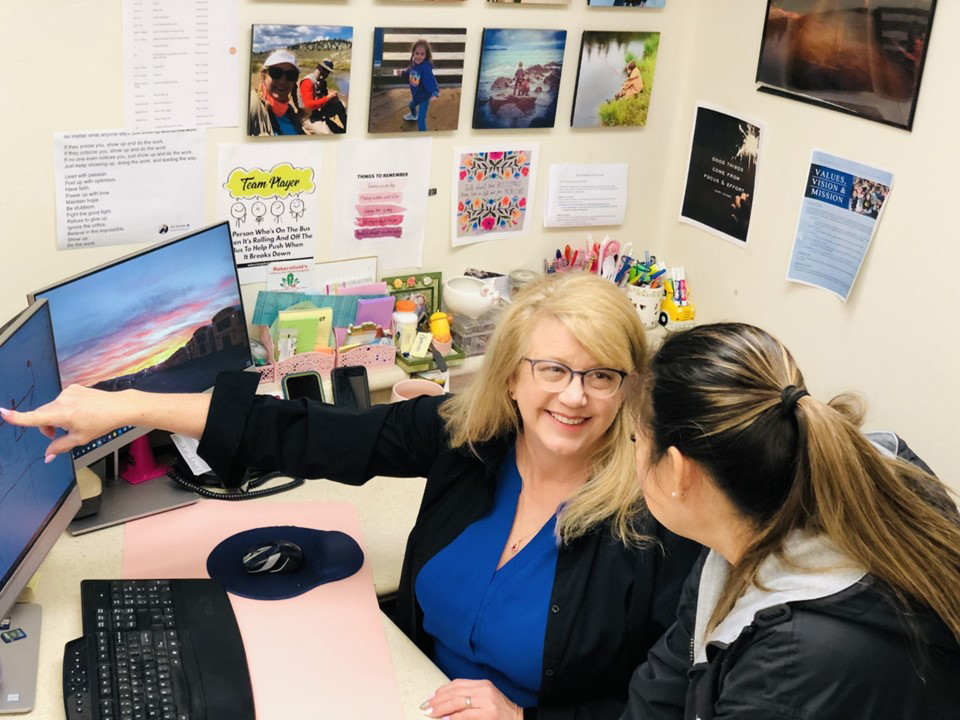 For example, she was able to place the special education students in their traditionally assigned schools in one scenario and in their home schools – the school buildings closest to where they live – in another scenario. What would have taken her more than a week to accomplish, she was able to do in a couple of days.

She’s built six different “what if” scenarios for the district leadership so it has the information they need before making any decisions. Like other schools across the country have found, the pandemic has increased the need for district leaders to bring transportation into the conversation earlier and more often.

Arnall said Routefinder PLUS makes her feel more in control because it provides her with accurate data and takes the guesswork out of routing and the impacts the district’s decisions will have on transportation.

For example, she said she runs about 165 special education bus runs a morning.

“What we are planning to do is drop it to 25 and we’re able to see it without putting pins on a board, which is literally what they did before me,” Arnall states. “To be able to efficiently move kids from school to school – once you figure out how to do mass moves – it’s pretty easy.”

She also spent some time building school boundaries and showing where every special needs child lives. This was important because different special needs programs are offered at different sites. Adding to the complexity was the fact that some families had moved within the district but did not inform the transportation department because they moved at a time when education had been virtual.

“I literally had kids all over town going all over town,” Arnall recalls. She shared this data with the superintendent so he could see just how complex the district’s routes had become.

“We’re fixing that. But we’re able to show them a picture with little dots all over, where the kids live,” Arnall says, noting that district leadership was astonished by the data she presented.

One person asked her, “But it’s only one school like that?” to which Arnall responded, “No, I’ve got 45 maps for you to go through.”

That a-ha moment resulted in “a huge mindset change for folks who didn’t understand,” Arnall recalls. There is now more understanding when moving a child to a school that is closer to home even if the student’s favorite teacher was located in another building across town.

“To be able to take a call from your boss, which none of us like getting those calls, when they say, ‘We’re going to do this and we need you all to figure out how to do it’ and be able to reply, ‘For us to make this success, this is what we need from you…’”

Everyone in the district benefits when transportation has easy access to accurate data.

“You know, everyone likes to say transportation isn’t supposed to wag the dog,” Arnall says, “but it does!”

Learn more about Routefinder PLUS and request a demo.