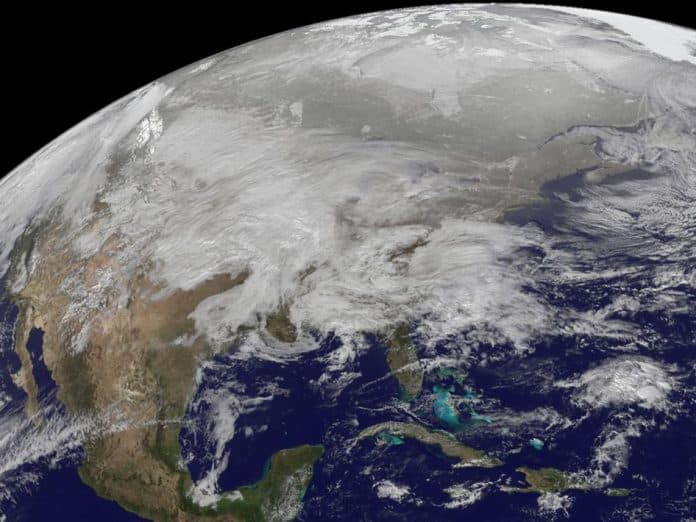 Mother Nature may not always share her intentions in a timely manner, but fleet managers who are experienced with a range of inclement conditions, say effective communication is the key to weathering the storm.

Eldridge Black, Jr., the former director of pupil transportation for the Pittsburgh Public Schools, traded in his years of experience with northeastern winters in February, for the uncertainty of hurricane season. He was recently appointed as the Beaufort County (South Carolina) School District’s new director of transportation.

While Black hasn’t experienced his first on-the-job hurricane yet, he’s in the dual-mode of gathering information and making the right connections. “The biggest thing for me is to get out and make those new relationships prior to hurricane season,” he said.

One important component involves recognizing and respecting other team members’ knowledge and ideas, he explained. Black is especially attuned to very-experienced staff-members who have been there and done that over the years.

“We’ve got some really good managers—people who have lived here all of their lives,” reported Black. He now oversees about 180 drivers and staff who transport 12,000 students on 190 buses over more than 11,000 miles each day. “Although I’m new, they’ve worked here a while, and that infrastructure is really sound. … Not all of the answers come from the top down. It’s a teamwork thing and you have to trust your people.”

Two factors add to Black’s need for a broad network of relationships. The Beaufort district has an agreement with local military facilities to provide buses for evacuations when hurricanes hit. Additionally, the district is rolling out even more technology to keep parents informed on students’ whereabouts.

“So, for me, there’s a learning curve. But the stress level is not as high, because [the district has] a strong management team, and within transportation [operations], it’s very strong,” Black commented.

At the Ponca City (Okla.) Public School District, snow and ice during the winter are never far from Transportation Director Randy Empting’s mind. Flooding and tornadoes take center stage each spring. And sometimes, the seasons overlap. “Here, you have to know the weather,” he said, underscoring an important reality in many states.

The department’s leadership and school bus drivers monitor the weather throughout the day, beginning even before Empting arrives at work at 5 a.m., when he begins tracking National Weather Service updates, and tuning in to various local channels and apps. Parents are kept informed of weather-related route changes by an automated email and text system.

A unique weather threat is the area’s propensity for flooding, when heavy rain causes river systems in Kansas and the upper Midwest to crest and cause flash floods. As a result, Empting even watches out for flood conditions that are hundreds of miles away for their potential, eventual effect on local roads and routes.

While many Oklahomans instinctively keep a close eye on the weather, Empting reminds his drivers that forecasts are seldom precise. That means the district has to be prepared for sudden changes that can turn life-threatening within minutes. “Forecasts change. They’re valuable, but you have to take them with a grain of salt, too,” he cautioned.

Empting said a recent supercell was predicted to spawn dozens of tornadoes over the area. But these failed to materialize, because temperatures on one side of the front fell more dramatically than expected.

Ultimately, Empting said he urges fleet managers to trust their drivers’ judgment when they demonstrate caution in potentially dangerous situations.

“We have a couple of routes where if there’s significant rain, we can have running water over the roads. I tell my drivers, ‘If you pull up to the water and you think you shouldn’t go any farther, don’t,” he reported. “Your brain is telling you that for a reason. You may not be able to articulate why, but your brain is telling you it’s not safe.’”

Instead, Empting instructs his drivers to return to the schools, and transportation then calls the parents to come to pick them up. “I never second guess,” he added.

Jason Johnson, service equipment manager at the Horseheads Central School District, and president of the New York Head Mechanics Association (NYHMA), said he has found that being prepared for harsh winters means listening to the language of vehicles and fuel systems. “We have two seasons: Winter and construction,” he joked.

A self-described “diesel guy from beginning to end,” he conceded that his fleet was struggling to get started and warmed up on many cold days. “If they can’t get up and go when it’s five degrees out, it really defeats the whole purpose,” Johnson noted.

In 2017, his department’s schedule to replace eight buses each year began to include four gasoline-powered models. “With these gas buses, you can start them at zero (degrees) and they’re warm in five or six minutes,” Johnson said. “The drivers love it because it’s a quieter engine, too.”

“We’re seeing they have an advantage over the diesel on the routine maintenance end. The only downside is they get a little worse fuel mileage, but their starting cost is significantly lower—so you’re already $8,000 to $10,000 ahead,” Johnson said.

From Johnson’s point of view, “The gas buses have answered all of our questions. Because of their popularity with drivers and mechanics, I do see a day when we could go to an all-gas fleet.”

Johnson said he also recommends preventive tank maintenance. That means the district hires a company to clean its 12,000-gallon diesel storage tank every three or four years. During that procedure, the company cleans all of the contaminants and microbial growth out of the tank.

“We have a lot of moisture in New York state,” Johnson explained, “whether it’s 90 degrees and high humidity, or zero with snow on the ground. That’s something we have to stay on top of.”

The district also balances the twin priorities of safety and minding the budget. To ensure that buses that navigate hilly routes have sufficient winter traction, tires with higher miles are rotated with newer ones for the winter. After the last snowflake falls, the older ones are returned to service.

For that reason, winter preparation is a year-round focus for the district’s transportation staff. Mechanical work that is performed in the summer is focused on readying vehicles for the winter cold and snow. The annual 15 hours of state-mandated driver in-service sessions always cover winter conditions.

Doolan said a willingness to experiment with parts and equipment can reap benefits. For instance, the district recently tested several types of windshield wipers. “We tried heated wipers, but they really didn’t work for our weather. They still iced up,” she cautioned. “We tried a few different brands this year, and we finally found one that worked really well.”

And, similar to Johnson at Horseheads CSD, Kalispell also acquired several gasoline-powered buses. “We deal with diesel fuel jelling up in colder temperatures, [so we] use a product called 911 that melts the wax in diesel. You can also buy diesel with less paraffin,” Doolan recommended.

Doolan explained that “We did purchase two gas buses when we started having trouble with diesel buses in the winter, and it’s true, gas buses start much easier and warm up much faster.”

The district, which has 24 total buses, is also investigating the pros and cons of a propane-fueled bus. Doolan said the school board will make a final decision on if it moves away from traditional gasoline.

When it comes to the final word on weather-related communication strategies, Johnson said he believes the best approach includes reaching beyond internal staff and visiting other districts to see how they prepare for the weather.

“Everybody does things a little bit differently. And you kind of find what works for you,” Johnson acknowledged. “I’m an advocate of always learning,” he stressed.

Then there is the issue of what can become a staid status-quo in your department. Johnson and Doolan agreed that it is important to combat potential complacency that comes with predictable weather cycles.

“You could have the same weather three or four years in a row and be right. Then you just have a whopper of a winter or heatwave that has never happened before. You just have to be prepared for anything,” Johnson said. “There’s a reason why school buses are safer than any motor transportation; it’s because we’re always striving to be safer.”

Doolan said she strives to keep training sessions fresh and informative for even long-time drivers. “I try to make it new to hold everyone’s attention,” she commented.

She also urged peers across the country to remember the simplest advice when it comes to bad weather.

“What works best for our drivers is just a reminder to slow down. It’s really basic, I know. But a lot of people are relying on drivers to be on time, and the drivers worry about kids waiting outside in the winter and getting them to school on time,” she concluded.

“So, we just remind everyone to slow down,” she cautioned. “If it’s a bad day and you’re a little bit late, that’s OK. Everyone’s fine with it, as long as you arrive safely to school and home.”