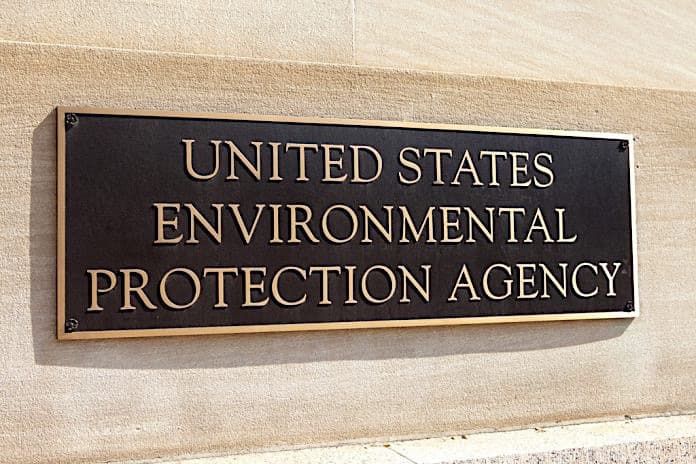 The U.S. Environmental Protection Agency (EPA) announced on Oct. 28 that Diesel Emissions Reduction Act (DERA) grants have been awarded to several states and territories, which are reported below.

From 2008 to 2016, EPA has awarded $629 million nationwide to retrofit or replace 67,300 engines and equipment from the port, airport, transit bus, school bus, rail, long and short-haul truck, drayage truck, marine vessel, agriculture, construction and other fleets.

Over 454 million gallons of fuel have been saved by DERA projects, and total lifetime emission reductions of 15,490 tons of particulate matter and 472,700 tons of nitrogen oxides. These reductions have created up to $19 billion of health benefits.

The Maricopa County Air Quality Department received $486,183 to replace eight diesel school buses and 14 municipal trucks. The funds are being combined with $324,122 from the state and $2,471,115 from fleet cost-share.

“The DERA Program is a great example of the ongoing collaboration between federal, state, and local partners,” said Maricopa County Board of Supervisor Chairman Bill Gates. “When we work together to support this type of technology that results in cleaner air, the health of our residents is protected and harmful emissions are significantly reduced.”

Daniel Czecholinski, ADEQ Air Quality Division Director, stressed that “Over 50 percent of ozone created from man-made pollution in the Phoenix area is from driving on our roads. As newer, more fuel-efficient vehicles replace older ones across the Valley, the reduction in emissions add up to make a real difference in our effort to improve air quality.”

The 2019 DERA grants in California will fund a number of projects, including these school bus projects:

More than 454 million gallons of fuel have been saved as a result of DERA projects, officials noted. The EPA has implemented standards to make diesel engines more than 90 percent cleaner.

Greg Lovato, the administrator of the Nevada Division of Environmental Protection (NDEP), observed that “This year, NDEP is leveraging DERA funding to reduce diesel emissions of the most harmful pollutants from all replaced vehicles by 80 percent. NDEP is excited to utilize the latest round of DERA funds to also help replace 10 older school buses in Clark County with new clean-diesel buses to better protect the health of Nevada’s children. Collectively, these projects underscore Nevada’s commitment to reducing greenhouse gas pollution, improve air quality, promoting clean energy, and fostering a vibrant and sustainable future for all Nevadans.”

This project in Dayton will reduce annual emissions by almost 3 tons every year, reducing exposure to nitrogen oxides, particulate matter and carbon monoxide.

The EPA is “proud to partner with Ohio EPA and Dayton Public Schools to provide funding for cleaner school buses that will help to protect children from the harmful effects of diesel pollution,” said EPA Region 5 Administrator Cathy Stepp. “Protecting children’s health is one of EPA’s most important responsibilities, so it’s exciting to be celebrating this project in Dayton that will help so many students breathe easier.”

Ohio EPA Director Laurie A. Stevenson said, “This grant helps to ensure that more children and everyone in the Dayton area will have better, healthier air to breathe and enjoy.”

Dayton Public Schools Superintendent Elizabeth Lolli commented, “The Dayton Public School District is thankful for this partnership because of the health benefits it will bring to our students and to the entire Dayton community.”

The funds will be used to replace diesel municipal trucks and school buses, and to install electric vehicle charging stations: