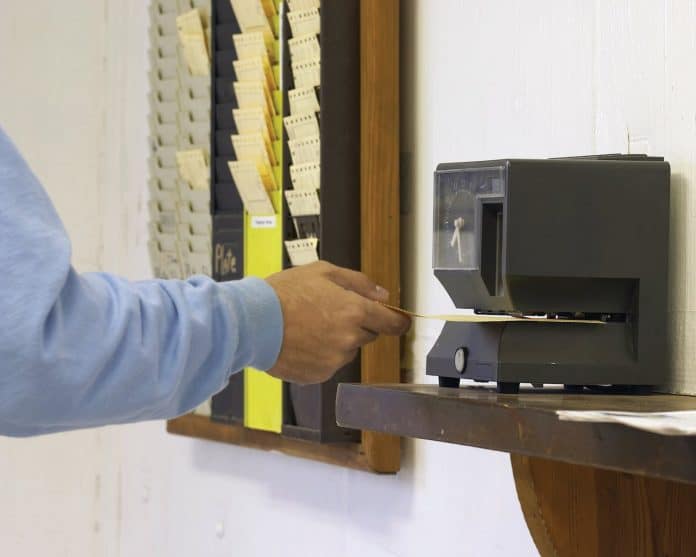 The rate of school bus driver pay is not the only factor in retaining and recruiting drivers, as discussed in the October magazine edition of School Transportation News. The more we researched this issue, the more it became apparent that quite often, the number of hours offered to drivers and how to accurately track them is more important than the hourly rate, alone.

This month, pay scale fans, we wanted to focus on one of those related factors—the number of possible work hours for drivers. Some comments we expected, and some we did not.

AND THE SURVEY SAYS …

A key question asked in an STN survey administered in August was what factors are hampering current driver retention efforts. Sixty-seven percent said that not enough hours was the ultimate factor, with the next most commonly cited reason, no health insurance or benefits, receiving just over 41 percent of the vote.

Unfortunately, as Paul Novak observed in a provocative blog he wrote in 2016, the industry is unlikely to ever solve the problem of school bus driver shortages and providing enough working hours. Novak spent 21 years as the director of transportation and school safety for Tempe School District #3 in Arizona. He is currently president and CEO of Gauge Precision Consulting, LLC.

According to Novak, the school bus industry has tried “lots of creative things” to solve the continuing problems of driver shortages and hours, which he said aren’t as bad as they were about 10 years ago. However, “it is now getting a bit worse with an improving economy and lower unemployment.”

At least that’s what he wrote exactly two years ago. All indications are that the situation has worsened. Unfortunately for school districts, the latest monthly U.S. unemployment rate has shrunk once again, down to 3.7 percent for the month of September, with indications it is likely to shrink further. That’s the lowest rate since 1969, during the very strong economy of the Vietnam War.

In order to pay employees everything, they are owed, digital radios and even cell phones play a role in tracking staff hours and managing budgets. For example, for the past five years, Tyler Technologies has offered its eTimekeeper solution, a browser-based application that allows employees or supervisors to access their times and attendance from mobile devices, plus track them remotely.

These apps provide a more efficient and accurate method of tracking hours worked—without having to use a sometimes-objectionable physical time clock (the old-style punch clock). Supervisors can then access various management functions from the app dashboard, for personnel management, configuration and data reporting.

20 PERCENT OF DRIVERS MUST BE REPLACED ANNUALLY

We discovered examples of how districts are meeting the overall goal of increasing total take-home pay for drivers, and as a result, are retaining current staffing levels to abate shortages. Some districts have increased take-home pay while addressing shortages, by consolidating routes or eliminating them completely. Other districts have changed school bus pick-up and drop-off boundaries, while other stop-gap options were used elsewhere.

Benoit Bourgault, general manager for Student Transportation Services of Waterloo Region 420 in Ontario, Canada, told STN that the cooperative added an app with log-on and log-off capabilities to eliminate driver frustration, by ensuring they get paid for all the hours they work. “With this app, we are adding the turn-by-turn feature to help on new routes or changes. [This] will be [implemented] soon,” he explained.

But there are limits to one-size-fits-all solutions, Bourgault added, as new technologies or programs to cap driver overtime opportunities don’t really apply to Waterloo’s particular situation. “We contract out, so it is different for us,” he said. “We moved the bell times a few years ago, and now we have difficulties getting drivers or charters, because it conflicts with home-to-school runs. In fact, we have many requests we cannot accommodate. This is not technology-related, but a result of better efficiency.”

Despite Waterloo not recruiting drivers directly, Bourgault acknowledged that the operation must keep a close eye on staffing levels. “We suffer the consequences together [with the contractor],” he said. “The industry loses on average, 20 percent [of its] drivers every summer, [so] recruitment and training planning needs to replenish that loss.”

Nancy Clavette, the dispatch/assistant to the transportation director of Oyster River Cooperative School District in Durham, New Hampshire, explained that bus drivers are under contract for 20-, 25- or 30-hour work weeks. In addition to performing morning and afternoon routes, additional driver duties can include: Bus and office cleaning, yard work, light vehicle maintenance (i.e., changing wipers, lights and washer fluid), and snow removal. “We also offer summer work, if [it is] available,” she said.

Tim Murray, transportation supervisor for Traverse City Area Public Schools in Michigan, said his district also offers other employment opportunities to drivers, such as custodial work, deliveries and other district duties that are needed to make them full time employees. TCAPS is the largest school district in northwestern Michigan.

Scott Lilyquist, transportation supervisor at Belgrade School District in Montana, told STN that route bus drivers can work more total hours by driving activity and athletic trips. “If the route driver misses [his/her] scheduled route, the district pays 1.5 hours of route time and subtracts 1.5 hours from the trip hours. This helps get our trips covered, since the route pay is higher than trip drivers, $18.31 to $16.19,” he said.

Kathy Roadlander, director of transportation for Sequoia Charter Schools/Edkey, Inc. that serves the larger Phoenix area, said shortages are not an issue for them. “Gratefully, we have a good working team and they return year after year,” she said. “We offer paid time off, full benefits to all six-hour employees, and there are always routes and other items to do to keep them at their [expected number of ] hours.”

Still, there can be issues of drivers padding the clock, such as clocking in and then visiting with co-workers, instead of immediately going to their respective buses for the pre-trip inspection. So she turned to the Synovia Solutions All-in-One Tablet with time and attendance.

“When a driver clocks in on the time clock,” she said, he or she “then needs to go to their vehicle and clock in again on the tablet. We can compare the times to ensure that they indeed went to the vehicle and began work,” she told STN. “This has been stopping the clock-in and sit-down procedures that were happening. I have not had any overtime for these drivers this year due to their regular duties.”

When it comes to developing realistic budget numbers each school year, Roadlander said her team compares the latest budget figure with the number of student enrolments on the last day of the previous school year. “In our areas, we see fluctuations change from area to area on a regular basis,” she said. “A couple of our campuses are capped on the number of buses that are budgeted for. This leaves a waiting list, and parents are advised of this as they register their students.”

Roadlander stressed that resourcefulness and some open communications are vital. “We do our best to be creative on these issues,” she added. “If we have an open route, we will put out an all-call, letting families know that the bus will be late, until we can rearrange bus stops to make things work.”

Adam Schwartz, director of transportation for Grandview C4 School District in Missouri, reported that his staff has “worked diligently” to consolidate routes and identify internal efficiencies, to provide more hours to their current drivers and new applicants.

“In doing so, we are running a smaller fleet of buses, but giving drivers between 30 and 40 hours per week,” he said. “As we have consolidated routes, our buses have more students on them.”

Schwartz explained that initial concerns about resulting student management were addressed this year with a simple solution. “We added bus monitors to routes that required more adult supervision,” he added. “It is more cost-effective to add a bus monitor, rather than put another bus on route. This also reduced fuel and maintenance costs. It’s a win-win for our district.”

As reprinted from the November 2018 Issue of School Transportation News.