Biodiesel is often introduced as an environmentally-friendly alternative to traditional diesel fuel. Biodiesel produces an up to an 85 percent smaller carbon footprint. With climate change concern on the rise globally, biodiesel plays a crucial role as a fuel that can be produced indefinitely, and replace other exhaustible resources, such as fossil fuels.

Let’s explore four additional ways your organization can receive the benefits and positively affect society by switching to biodiesel today.

Biodiesel is sourced from nontoxic and biodegradable plant-based materials that are significantly less likely to combust unexpectedly. As a result, biodiesel helps prevent hazards that are often associated with oil, including minimizing the potential damage caused by oil spills.

That makes biodiesel safer to handle, store and transport.

Biodiesel can also aid in cleaning up oil spills as a result of the methyl esters that are found in the substance. These fatty acids are known to help reduce crude oil viscosity, thus allowing biodiesel to serve as a helpful solvent.

While this can at times leave traces of water in the biodiesel, it’s important to realize that it can be easily removed, once the crude oil dissolves as a result of its high buoyancy.

Further, no additional pollution will result—because biodiesel is less toxic than table salt.

Compared to petroleum diesel, biodiesel burns significantly cleaner because it is a sustainable product that is made from simple, plant-based and totally renewable ingredients, like oils and fats. A report by the Mineta National Transit Research Consortium found that using biodiesel in urban transit buses can effectively lessen the mass of particulate matter that is released in hot and cold idle modes, thereby translating to a reduction in harmful emissions.

The study also explains how biodiesel’s high oxygen content helps improve the oxidation of soot precursors. That encourages the government to use biodiesel blends in urban and commercial vehicles, to enhance air quality and promote healthy living.

A separate paper published with the U.S. Institutes of Health, reports negative health effects that are associated with exposure to diesel particulate matter can range from reduced lung function to exacerbation of asthma, arrhythmia, hypertension and increased mortality rates.

The American Lung Association also states that diesel emissions significantly contribute to the development of conditions like lung disease, which account for as many as 50,000 premature deaths in the U.S. each year.

Similarly, the Journal of the American Medical Association published a study that concluded that long-term exposure to air pollution can lead to emphysema, a chronic lung condition that is most often linked to smoking. The study equates ground-level ozone air pollution to smoking a pack of cigarettes every day for decades.

Diesel fuels must comply with many federal regulations that demand the fuel meet certain specifications. According to the AFDC, one of these regulations concerns the amount of allowable fuel sulfur. While there are benefits to this regulation, the limitation also dramatically lowers the lubricity of most diesel types, which can lead to exceptionally high engine wear.

The AFDC reports that biodiesel can increase the lubricity of ultra-low sulfur diesel fuels at blend levels as low as 1 percent, in addition to raising the cetane number of the fuel. Given that biodiesel has a considerably lower carbon footprint than most fuel alternatives, it offers a highly sustainable production process that keeps harmful waste at a minimum.

The U.S. Department of Labor’s (USDL) Bureau of Labor Statistics reports that the biofuels industry provides career opportunities for a wide array of professions. Those include work ranging from developing biofuel technologies to growing and processing crops or selling fuel.

A 2018 report by Zion Market Research predicts the cooking oil market will reach approximately $130 billion by 2024, which will be an increase from 85 billion in 2017. This growth presents tremendous opportunity to recycle used cooking oil into biodiesel, which will result in an upsurge of new jobs that would boost the economy.

For the alternative fuels industry, this means retailers that sell biodiesel will benefit from increased business as market demand for biodiesel increases.

The Bureau of Labor Statistics also reinforces the idea that because biofuels are largely derived from plants, these fuels are a renewable resource that can be replenished naturally with the passage of time, unlike crude oil.

Additionally, the fact that they can be produced in the U.S. reduces our dependence on foreign oil and protects consumers from fluctuating global oil prices.

Editor’s Note: Tyson Keever is the chief operating officer of SeQuential. Since co-founding SeQuential in 2003, Tyson has helped develop a network of 85-plus biodiesel retailers in Oregon and Washington state, as well as a division that collects the spent cooking oil used to produce the company’s own fuel. For more information on cooking oil recycling, visit www.chooseSQ.com. 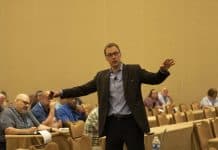 Walking the Talk on Trust 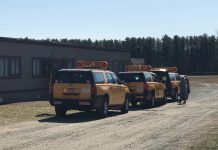 Challenges of COVID-19 on School Transportation Operations: What Are You Doing? 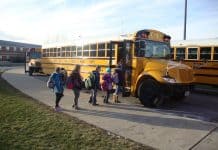