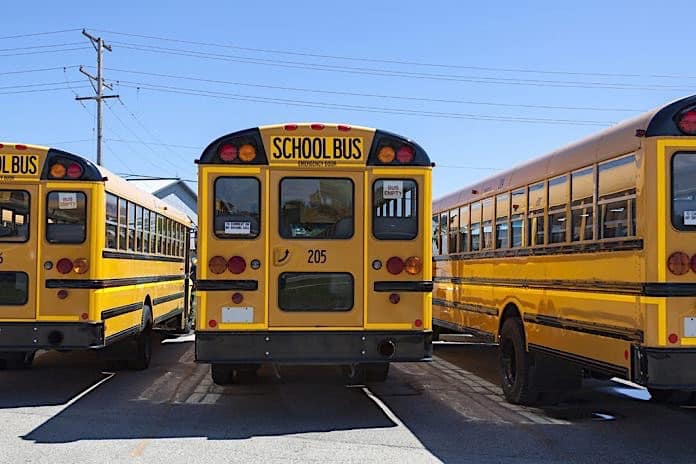 A problem that has plagued a Tennessee school district seems to have improved with the start of 2017: The bus driver shortage appears to be easing.

Last year, facing staffing problems, drivers across the Williamson school district had to make double runs on top of a recruiting battle in a county with the lowest unemployment rate in the state.

The district has upped its numbers from 224 to 232 drivers, but that number toggles back and forth with drivers leaving or retiring. But five new drivers passed their tests, recently.

The Williamson County School Board unanimously increased bus driver pay. Before the jump, bus drivers started out making $14.72 per hour with no experience. With the increases, new bus drivers will start out making $17.25 per hour. Drivers advance to $18.95 for one to five years of experience.

In addition to the daily routes, the work offers additional hours for interested drivers through field trips and athletic travel. The district also pays for up to 80 hours of training to help the future driver earn the proper license needed to drive a bus.

“We aren’t of the woods but the trees are a little bit shorter than they used to be, and we can see the meadow,” Assistant Superintendent Jason Golden said. “We know we are competing with other districts.”

While the issue is leveling out, the district said it will continue to hire.

Three Minnesota students were critically injured after being hit by a vehicle that failed to stop for a Rogers High School bus with its stop-arm extended in Otsego.

The Rogers Police Department reported that 15-year-old Gretta Jensen, 15-year-old Beckett Olson and 15-year-old Ian Orina were trying to cross the street to board the bus when they were struck by an oncoming pickup truck driven by a 22-year-old man.

The students were taken to Mercy Hospital and then transferred to Hennepin County Medical Center in Minneapolis.

The pickup truck driver was booked into the Wright County jail on criminal vehicular operation charges.

“It’s been a difficult day for our Rogers High School community and our thoughts are with our students and their families,” Rogers High School Principal Jason Paurus said. “In times like these it is important to come together, lean on each other and show care and concern for one another.”

The incident is still under investigation by the Wright County Sheriff’s Office.

A trio of bills mandating seat belts in full-sized school buses around South Carolina was pre-filed in the state legislature for lawmakers to consider.

State Rep. Gary Clary was motivated to pre-file his seat belt bill after he met with a third-grade class at Clemson Elementary School.

Another bill introduced calls for an update of the school bus fleet, a goal of state Superintendent of Education Molly Spearman.

School bus pick-ups for students at two Louisiana charter schools were delayed due to a break-in at the First Student bus barn in New Orleans East, school officials say.

A spokesperson with First Student said 23 school bus batteries were stolen from the bus barn, though it remains unclear how many buses are held in the barn or how many total bus routes were impacted by the theft.

The National Transportation Safety Board (NTSB) issued its preliminary report on the October school bus crash that resulted in the death of the bus...
Read more
Blogs

A television commercial running since March thanks the Amazon “heroes” among us, the warehouse workers, drivers and airplane crew who deliver the items we...
Read more
Safety

While electric vehicles are a growing trend nationwide in the pupil transportation industry, the National Transportation Safety Board cautions that little research has been...
Read more
Safety

A 16-year-old Winter Haven High School student in Florida is expected to recover after being hit by an oncoming vehicle while crossing the street...
Read more