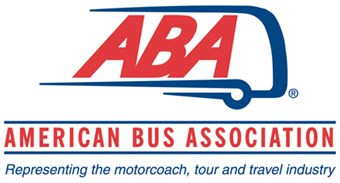 WASHINGTON, D.C. — Peter Pantuso, president & CEO of the American Bus Association (ABA), which represents numerous small businesses in the motorcoach, travel and tourism industry, released the following statement on the continuation of the government shutdown.

Another opportunity was missed today when Congress failed to pass legislation through both chambers to reopen the federal government and bring an end to the longest and costliest shutdown in our nation’s history.

ABA is currently hosting the largest gathering of domestic group tour and travel professionals at its annual trade show in Louisville, Ky. One unexpected theme of this year’s show is surviving the hardships caused by this continued government shutdown.

According to data from the U.S. Travel Association, in 2017 travel generated $2.4 trillion for the U.S. economy and supported 15.6 million jobs. The closure of American icons, such as national parks and our nation’s capital, is having consequences that may take years to repair.

It is not just the motorcoach and tour companies and the attractions that are feeling the effects, but also the local economies that rely on tourism such as hotels, restaurants, souvenir shops and other companies that cater to visitors. This shutdown is not only bad for business it is bad for America.

The American Bus Association again calls on Congress and the Administration to come together and end this needless shutdown immediately. With each passing day, this situation grows more dire.”

About the American Bus Association

The American Bus Association (ABA) is the trade organization of the intercity bus industry with more than 1,000 motorcoach and tour company members in the United States and Canada. Its members operate charter, tour, regular route, airport express, special operations and contract services. Another 2,800 members are travel and tourism organizations and suppliers of bus products and services who work in partnership with the North American motorcoach industry. www.buses.org