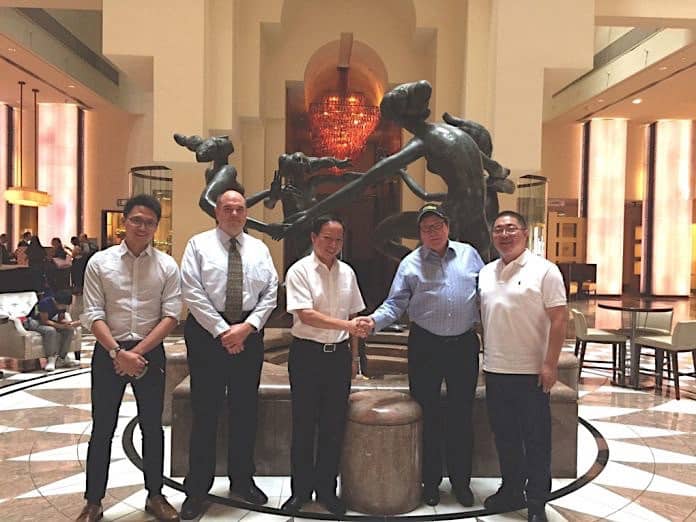 The meeting was primarily focused on Adomani setting-up a drivetrain development and manufacturing facility in Nantong, the economic benefits afforded by such actions, the Chinese original equipment (vehicle) manufactures that have expressed an interest in zero-emission drivetrain systems for their local markets and the facility and labor force required to build electric drivetrains in China. This meeting follows several others that have already taken place by Adomani China’s General Manager, Dr. John Wang, to implement Adomani’s search for strategic, domestic entry points into what is widely accepted as the largest potential market for zero-emission electric vehicles in the world.

The ADOMANI and Nantong Delegation meeting was held just weeks after the early June meeting that took place in China between President Xi Jinping and California Governor Jerry Brown, where Governor Brown signed an agreement to work with China to lower greenhouse gas emissions.  The nonbinding agreement signed by Governor Brown with China is meant to foster cooperation on renewable energy technology, including zero-emissions vehicles and lower greenhouse gas emissions.  Governor Brown signed similar agreements with leaders from Sichuan and Jiangsu (where Nantong is located) provinces following a California-Jiangsu Economic Cooperation Committee meeting in Sacramento California with the Vice Governor of Jiangsu, Mr. Zhenning Chen.

Nantong, known as a “Pearl of the River and Sea,” is a city with a history dating back to the Chinese Han Dynasty and is located across the Yangtze River from Shanghai.  As one of China’s first fourteen coastal cities permitted to open to international trade and economy, the city is widely recognized as the first modernized industrial city in China with strong manufacturing capabilities and is now ranked among the top 20 cities in China with a GDP of $100 billion in 2016.

In 2014, China designated Nantong as a lead city to transition to an all-electric transportation system.  Due to its dynamic economic growth, technology focused manufacturing infrastructure and its close integration with Shanghai, Nantong has become one of the best cities for foreign investments in the Yangtze Delta Economic Zone. Shanghai–Nantong Railway, a high-speed railway in China’s Yangtze River Delta area along with another Yangtze bridge are expected to be completed in 2019 and will serve as additional key integrative links between the region’s main city, Shanghai, and the city of Nantong.

Adomani is a provider of zero-emission electric and hybrid vehicles and replacement drivetrains that is focused on reducing the total cost of vehicle ownership. Adomani helps fleet operators unlock the benefits of green technology and address the challenges of traditional fuel price instability and local, state and federal environmental regulatory compliance. Adomani designs, manufactures and installs advanced zero-emission electric and hybrid drivetrain systems for use in new school buses and medium to heavy-duty commercial fleet vehicles.