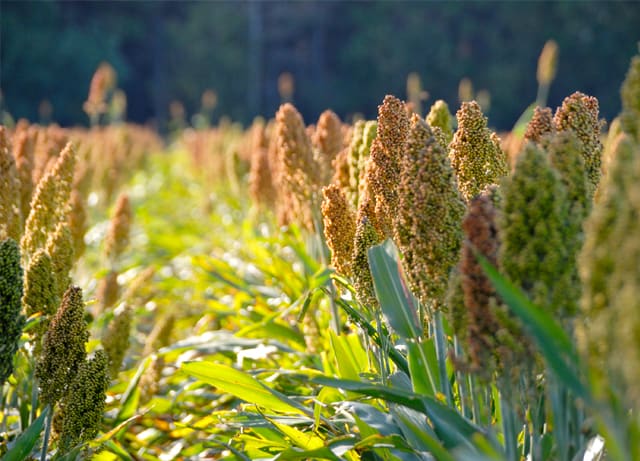 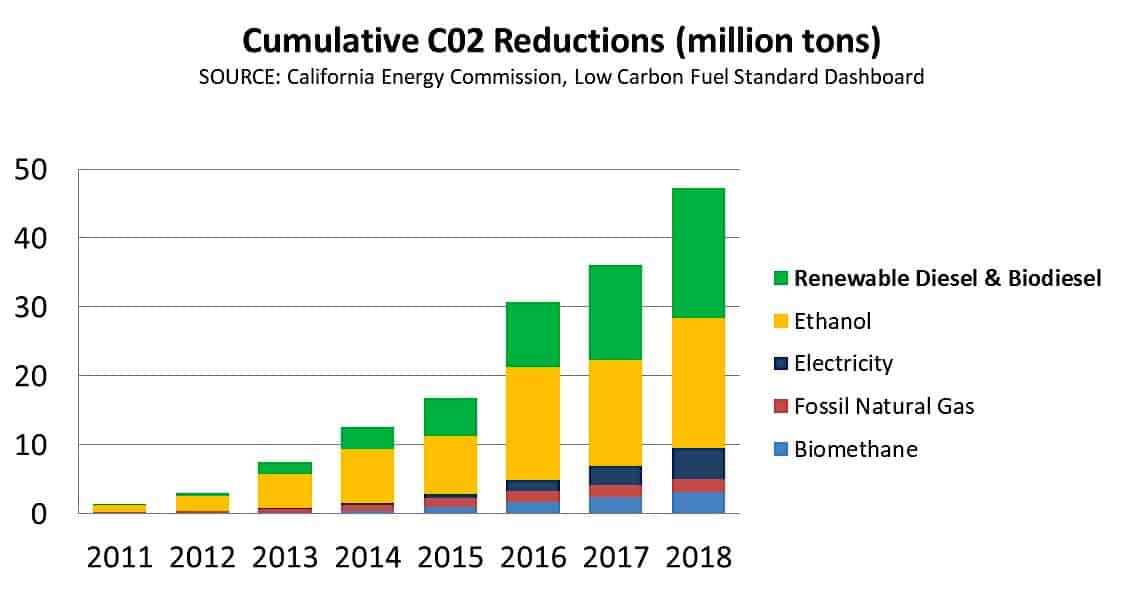 “The pairing of biofuels with new-generation diesel engines is, hands down, one of the most effective—and underrated—ways to reduce greenhouse gas emissions from heavy-duty transportation sources,” said Allen Schaeffer, executive director of the Diesel Technology Forum.

Schaeffer noted, “Even though battery electric technologies dominate the headlines, electric cars and trucks in California resulted in only 1.2 million tons of CO2 reductions in 2018—one-third of the emissions reductions delivered by diesel biofuels.”

The California Air Resources Board and the U.S. Environmental Protection Agency categorize biodiesel and renewable diesel fuel as advanced biofuels, capable of reducing greenhouse gas emissions by at least 50 percent, compared to their fossil-based equivalents.

Whereas ethanol (alcohol) is the primary ingredient used to reduce the carbon content of gasoline, bio-based diesel fuels (waste vegetable oils and animal fats) are used on the diesel side of the LCFS ledger. Biodiesel is often blended with ultra-low-sulfur diesel fuel (ULSD) in blends such as B20 (20 percent biodiesel / 80 percent ULSD) to reduce GHGs and is widely supported by automakers and engine manufacturers.

Renewable diesel fuel is a bio-based drop-in replacement for fossil-based diesel fuel and can also be used in blends with biodiesel or ULSD. Using biodiesel or renewable diesel in new or existing diesel engines can reduce GHG emissions by 50 to 85 percent without requiring any investments in new fueling infrastructure or vehicle technologies.

“It’s exactly the type of innovation demonstrated by companies developing advanced diesel fuels that underscore why it is so important to remain technology-neutral when states and cities institute these kinds of goals and standards, Schaeffer explained.

Schaeffer added, “If it weren’t for these advanced diesel fuels in the Low Carbon Fuel Standard, California would not have achieved its 2020 climate goals in 2018. Had California depended only on emerging, alternative technologies to deliver on these goals, the state would still be waiting.”

For example, the San Francisco Metropolitan Transportation Agency removed more than 10,000 tons of CO2 in a single year, just by using renewable diesel fuel in 632 transit buses. More locations in California continue to offer this fuel, making it increasingly more available to truckers and fleet drivers.

Jeremy Baines, vice president of North American sales for Neste, the world’s largest producer of renewable diesel fuel, said, “This study from CARB is a welcome confirmation of what we already knew: biodiesel and renewable diesel are ready to make an immediate contribution to the reduction of California’s carbon footprint. With transportation currently the leading cause of carbon emissions, it is the most conspicuous starting point for change.”

Baines explained that “As this study demonstrates, diesel operators can reduce their lifecycle greenhouse gas emissions tomorrow, simply by switching to biomass-based diesel. At Neste, we believe so strongly in renewable diesel as a long-term solution, we have made significant investments to nearly double our production capacity by 2022.”

Don Scott, director of sustainability for the National Biodiesel Board, commented, “As a whole, biomass-based diesel reduces well over 20 million metric tons of CO2 nationwide annually, while still allowing fleets to utilize their existing and new diesel vehicles without modification. That truly represents a win-win, for the transportation sector, and for the environment.”

About the Diesel Technology Forum

The Diesel Technology Forum is a nonprofit organization dedicated to raising awareness about the importance of diesel engines, fuel and technology. Forum members are leaders in clean diesel technology and represent the three key elements of the modern clean-diesel system: advanced engines, vehicles and equipment, cleaner diesel fuel and emissions-control systems. http://www.dieselforum.org