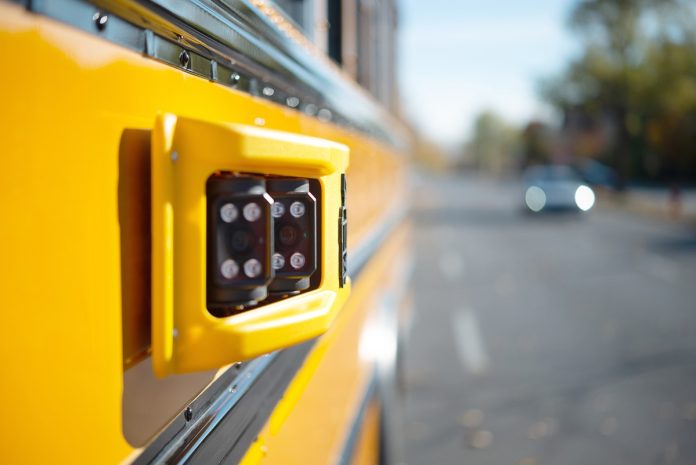 Starting Monday, January 3, all 180 school buses in the district will be equipped with safety technology to safeguard students both inside and outside of the bus. The program includes cloud-connected stop-arm cameras to detect drivers that illegally pass stopped school buses while the stop-arm is extended. Cecil County Sheriff’s Office will review the evidence before a citation is issued.

In 2019, a national school bus driver survey found that more than 6,000 motorists broke the school bus stopping law in one day in Maryland. This equates to more than 1 million dangerous stop-arm violations a year across the state.

“This initiative with BusPatrol is yet another great opportunity for us to partner with the Cecil County Sheriff’s Office. This additional tool will greatly enhance law enforcement’s ability to enforce critical traffic laws that are in place to protect our students,” said Dr. Jeffrey Lawson, Superintendent of Schools, in a statement about the initiative.

Sheriff Scott Adams of Cecil County Sheriff’s Office also praised the initiative, saying: “I am very excited to partner with Cecil County Public Schools and BusPatrol on this initiative. I can’t think of anything more important than the safety of our children. This program cannot help but deter the dangerous situation of a vehicle passing a school bus while it is on-boarding or off-boarding children.”

Speaking about the partnership, Jean Souliere, CEO & Founder at BusPatrol, said: “Our school bus safety program has one clear goal – to ensure that our kids travel to school as safely as possible. This new partnership will see every single bus in Cecil County Public Schools equipped with advanced safety technology to promote a safer driving culture around school buses by changing motorist behavior.”

Cecil County Sheriff’s Office requires all motorists to follow Maryland State school bus stopping law. According to the Maryland Transportation Article state code, vehicles approaching in either direction must stop at least 20 feet away from a stopped school bus with its red lights flashing. Motorists may not proceed until the school vehicle resumes motion or the flashing red lights are deactivated. This does not apply to vehicles approaching on a different roadway of a divided highway. Vehicles that illegally pass a stopped school bus should expect to receive a $250 citation in the mail.

In addition to stop-arm cameras, school buses will also be outfitted with: GPS and fleet management technology for school officials to track school buses at any given time. A silent alarm system to allow student transportation officials to respond immediately in an emergency. A bundle of eight cloud-managed 360° cameras for a full view of activity in and around the bus.

The technology, installation, and maintenance are provided at no cost to the school district or taxpayers. The program is entirely funded by violators over a 5-year term.

About BusPatrol
BusPatrol is the leading provider of stop-arm enforcement technology in North America. Its safety programs change driver behavior and create a culture of awareness and responsibility around school buses. BusPatrol equips entire school bus fleets with the latest stop-arm, route planning, and route execution technology. The programs are funded by violators, meaning that the equipment is installed and maintained at zero cost to the school district, law enforcement, or taxpayer. You can find more information about BusPatrol at www.buspatrol.com.