NSTA Presented at the SEPW Hearing 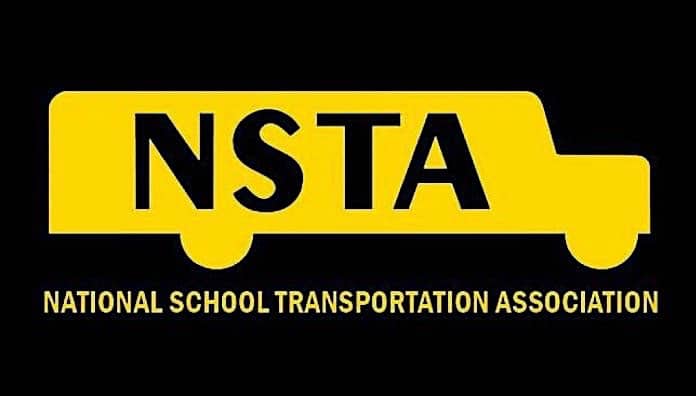 LANSDALE, Pa. — Dale Krapf (Krapf School Bus), former president of the National School Transportation Association (NSTA), presented as a lead witness at the March 13, 2019, hearing before the Senate Environment and Public Works Committee on the reauthorization of the Diesel Emission Reduction Act (DERA).

Dale strongly endorsed bipartisan legislation introduced by Senators Thomas Carper (D-DE), Jim Inhofe (R-OK) and eight other members of the Committee, including the Committee Chairman John Barrasso (R-WY). During his testimony, Dale noted NSTA’s early, strong and consistent support of the DERA program, as well as the preceding Clean School Bus Program. Funds provided under the DERA program are used to help advance the use of modern emission control technologies that significantly reduce the emission of pollutants and can return over $20 in benefits for every Federal dollar invested.

“We are proud of the progress that has been made,” said Dale, “and especially that the school bus sector has probably been the single largest sector to benefit from the program since the program was established. Communities around the country benefit by having new or retrofitted buses to take children to and from school.”

Throughout the hearing, Senate Committee members emphasized not only the importance of the program in their states in curbing pollution and carbon emissions, but also the fact that the technology used has been overwhelmingly developed in the U.S. and is now being exported around the world.

Dale noted the overall benefits school buses generate in terms of energy and environment by reducing the number of vehicles on the road. For each school bus, 36 cars are removed from travel. With almost 500,000 buses transporting 26 million school-children each day, this represents close to 17 million fewer cars and a savings of 20 million tons of carbon dioxide each year.

In addition, the emission control technology means that school buses today emit up to 95 percent less soot and smog-forming emissions. This not only translates to cleaner air but also better safety for school children because the school bus has been shown to be the safest form of transportation in the U.S., even safer than the family car.

Dale advised that he “was happy to provide testimony on this important program and to see such strong bipartisan support.” The bill introduced to extend the program for five more years was introduced Tuesday with five Democrats and five Republicans on the Committee as originally cosponsors.

About the National School Transportation Association

The National School Transportation Association has been the voice of private school bus contractors, manufacturers and suppliers for more than 50 years. The association provides school transportation professionals with the tools and resources they need to make school buses safe, affordable and efficient nationwide.