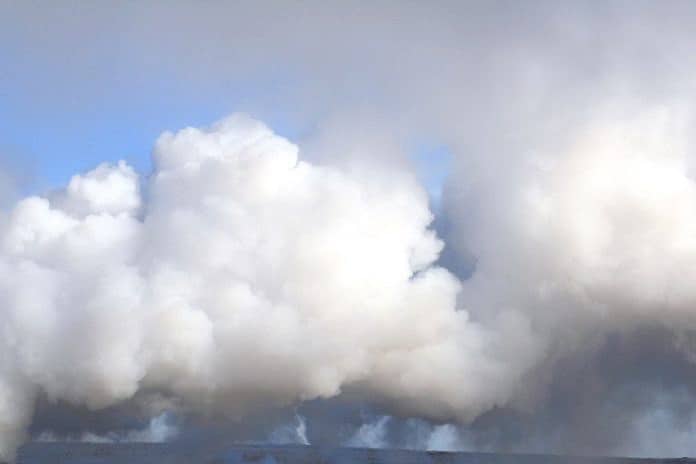 SACRAMENTO (November 2003) — A new $450,000 study for the California Air Resources Board (CARB) conducted by researchers at UCLA and UC Riverside, found that pollution levels and air quality inside school buses might be unhealthy. Released in mid-October, this is the latest in a string of studies that suggest high pollutant concentrations inside school buses.

The Children’s School Bus Exposure Study was conducted to determine the range of children’s exposures to diesel vehicle-related pollutants and other vehicle pollutants during the commute to school. Due to the small number of vehicles studied, and the wide variety of factors that impact results and conclusions, researchers repeatedly cautioned that results should not be generalized to all school buses. Researchers cautioned the study was “not designed to provide generalized comparisons between various bus types or fuels.”

During the tests five conventional school buses, a diesel bus outfitted with a particulate trap, and a school bus powered by CNG — the buses were manufactured from 1975 to 2002 — were driven on Los Angeles Unified School District bus routes. The routes included freeway driving, and urban, and rural/suburban routes; no children were onboard during the tests, and the tests were conducted during normal commute times. Measurements were made inside the bus at both the front and back of the vehicle, with windows partially open and closed.

An inert tracer gas, sulfur hexafluoride, was added to each bus’s exhaust to measure intrusion into the passenger compartment. The tracer gas was not incorporated into the particulate matter emissions, but sufficient concentrations were added from an onboard tank so as to make the tracer detectable on all buses.

According to the study, “Research has shown that concentrations of vehicle-related pollutants on and near roadways can be up to ten times higher than those measured at the nearest ambient monitor.” This observation applies equally to buses as well as cars.

Researchers found that traffic density is critical to exposure. The study found “compelling data” that exposures during commutes are significantly elevated and need to be reduced. “The influence of other traffic exhaust emissions is a key determinant of expose,” said the study. “With the window open, DRP (diesel vehicle-related pollutant) concentrations were two to three times higher on the primary urban route compared to the suburban or rural route.”

Idling during loading and unloading was not found to be a significant source of exposure. The study was conducted more than a year ago, well before California’s recent adoption of an anti-idling measure.

Researchers calculated that a child’s lifetime cancer risk due to diesel particulate matter increased approximately 4 percent or an increase of 30 per million-lifetime risk. The risk was based assuming commutes by uncontrolled diesel school bus two hours per day for 13 years as a child progresses through the K-12 system.

The study noted that “car travel is more dangerous than buses,” and that school buses are “safest vehicle per passenger mile to get to school according to the Transportation Research Board.”

Representatives of the pupil transportation industry quickly responded to the CARB study. A joint press release from NASDPTS, NAPT and the NSTA cautioned that potential health risks of diesel emissions are dwarfed by a more immediate danger of walking, bicycling or riding to school with a parent or friend rather than by taking a yellow school bus. Parents should not “overreact by taking children off school buses because the ARB predicted a small theoretical health risk from riding a school bus over many years,” said Charles Gauthier, executive director of NASDPTS. “The greatest risk is a current and factual one; 800 children are killed every year because they didn’t ride school buses.”

“Overall this is a good report,” Gauthier said. “Not surprisingly, the key thing in the ARB report is that on their own they have recognized that even though there may be a potential of health risk for children that ride school buses for 10-12 years, that increase in health risk is more than offset by the known safety risks if you take the kids off school buses.”

He continued, “This is a document we can use to obtain state, local and federal funds to replace older buses with newer technology. We will not fight it,” he said.

CARB recommendations to reduce emission exposure in and around school buses:

· Replace conventional buses with alternate fueled or particulate trap equipped buses to reduce exposures.
· Minimize bus caravanning.
· Use cleaner buses on longer routes.
· Minimize idling time at schools.
· If school buses are not full, children should be encouraged to sit in the front of the bus.
· School districts should maintain their diesel school buses to eliminate visible exhaust.