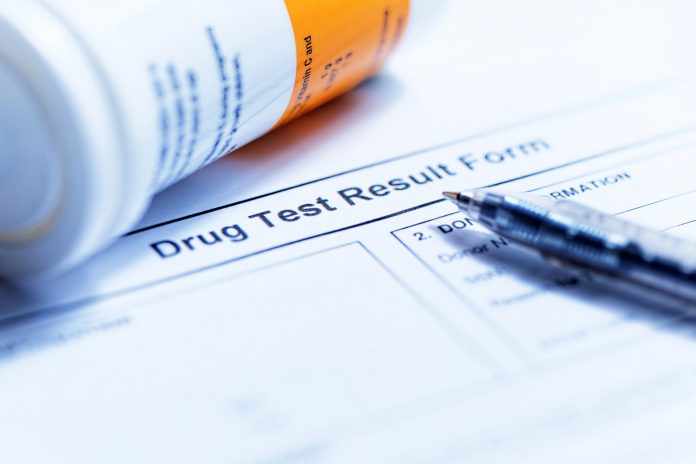 A study by the University of Southern California found that as more people are forced to stay indoors due to the COVID-19 pandemic, alcohol sales are rising. That is even more reason for school districts and bus companies to remain vigilant with school bus driver oversight, regardless if they are currently transporting students or not, experts told School Transportation News.

According to the study, alcohol sales have risen by 55 percent by late March, compared to sales in 2019. The spike is one reason why Tonica Lathrop, president of operations for Sinnett Consulting Services, said it’s important to complete random drug and alcohol testing to make sure that employees who are currently driving are not under the influence of any substances.

“I don’t know if people are staying at home more, getting depressed, or what encourages people to drink more or do more drugs,” explained Lathrop, whose Nevada-based company provides testing services for commercial drivers. “So, it is important to keep the testing in place, and to complete testing as required, because we want to make sure the people driving these commercial vehicles are in compliance with regulation and that they are safe to drive when they are hauling children or transporting some kind of items to the store.”

Lathrop, who is also scheduled to be a speaker at the STN EXPO Reno that was rescheduled to late August, explained that one of her biggest concerns is drivers not wanting to go into a testing facility, for fear of catching COVID-19. She also noted that many testing facilities might not even be open.

Because of this, she said trying to complete a random test has presented many school districts with a big challenge. One thing she did to combat this for a client recently was to identify mobile testing sites, both within and outside of the community.

The mobile units also help with a loss of productivity resulting from sending a driver and sometimes even a supervisor to the collection sites.

She commented that these mobile offerings are becoming increasingly popular.

However, in addition to finding open testing sites, employers are also struggling with testing their drivers when they are at home, not working, and in some cases furloughed or receiving unemployment benefits. Lathrop noted that the U.S. Department of Transportation (DOT) requires 50 percent of one’s staff to be randomly drug tested a year, and 10 percent tested for alcohol.

She said that transportation directors might be missing their quarterly random tests, which are designed to keep them on track with testing the required amount of people per year, during school closures.

The FMCSA COVID-19 Drug and Alcohol Testing Guidance states that if districts cannot perform their quarterly random drug and alcohol testing, they should document why and makeup all the tests by the end of the calendar year.

“I have some clients that COVID-19 hit in the middle of March. They haven’t yet completed all their first quarter random [tests], and now we are in the second quarter and they won’t be back to school until the fall,” explained Ellefson, who is scheduled to speak at the STN EXPO Indy conference that was rescheduled for October.

She said she hopes that by fall drivers will be back on the job and testing will be able to take place.

But Lathrop advised that employers should continue advising their employees, especially those who are no longer regularly reporting to work, about how long substances take to get out of their system. THC, the psychoactive ingredient in marijuana that causes a high, could take a minimum of 30 days to leave a person’s body.

However, Ellefson noted that student transporters should keep their drivers in random pools and document why testing wasn’t completed, namely because schools were closed for in-person learning. The impact of the coronavirus, she added, could relieve current drivers from needing to complete new pre-employment screening in the fall.

She noted that no guidance from the DOT has been issued regarding whether unemployed or furloughed school bus drivers must be removed from the pool.

“The [DOT] doesn’t want you to just go, ‘Oh, no, it’s too hard. I am not going to figure out what clinics are open, or not make any effort,’” she explained. “Especially if a school district is operating buses and people are driving, I think the DOT would have an expectation to say, you need to make some effort, to do some testing if you are still operating. But document it, if you still feel like you can’t get it completed.”

In an STN survey sent to all state directors last month, five of the responding 32 states are offering waivers or extensions for random drug and alcohol testing. However, Gene’ Henderson, owner of Henderson Consulting & EAP Services, said she sees a potential problem with this approach.

She explained that if extensions or waivers are offered to districts, employees could be out of the pool for more than 30 days, which means they will have to complete a new pre-employment test in the fall when they return to work. The number of pre-employment tests having to be completed in the fall could be devastating to a school district, she added.

“So, my feeling, I would say, honor your testing needs now, so that you don’t find yourself in a situation when all these drivers show up in August, because they have not been there for the 30 days and away from your pool,” Henderson said.

In regard to pre-employment tests, however, Ellefson pointed out that school districts have no exemptions or leeway, and drivers must submit negative test results before they can drive. She added that school districts that wait till the last minute and didn’t keep their drivers in their random pool or conduct any random drug and alcohol testing while schools were closed, could face difficulties in getting drivers their pre-employment testing in the fall, as clinics could be overcrowded.

The FMCSA also states that if pre-employment tests are not conducted, employers cannot allow that employee to drive.

Ellefson said above all, transportation directors need to be turning toward resources to help them during this time. She advised using the district’s third-party administrators, TPA, or whatever vendor they normally utilize to help them with their drug and alcohol testing, and the DOT Drug and Alcohol Compliance listserv.

She said she encourages all transportation directors to sign up for the DOT listserv, as it doesn’t “bombard you” with emails. Instead, it provides updates on any rule changes and guidance issued.

However, the most important thing Lathrop, Ellefson and Henderson stressed was to test drivers who are currently operating school buses.

“I just think it’s important that we remember why we are drug testing, and especially during these critical times, people that have substance abuse problems are indulging more in their substances,” Henderson said. “So, we want to make sure that when the safety-sensitive drivers return to work, we know that they are safe, especially in the school industry, when they are driving our most precious aspect, our children.”