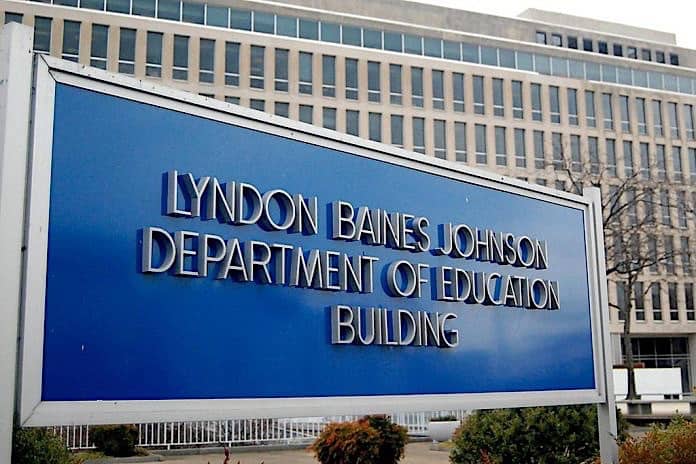 Amid a historic tie-breaking vote in the Senate to confirm Betsy DeVos as U.S. secretary of education, the Council for Exceptional Children issued a statement calling for protecting a free and appropriate education for all students, especially those with special needs.

On Tuesday, following DeVos’ confirmation, CEC President Mikki Garcia said the organization will seek “to ensure her understanding of the tenets of the Individuals with Disabilities Act and the critical role that special educators and early interventionists play in supporting children and youth with disabilities and their families.”

She added that CEC members expect DeVos to uphold and enforce IDEA, and not divert public IDEA funds to support private and charter schools, of which DeVos is an outspoken proponent. Instead, Garcia said the U.S. Department of Education must guarantee civil rights of all students with disabilities as well as those of their families are not violated.

“Now is not the time to turn back the clock on over 6.7 million children and youth with disabilities,” she added.

The American Association of School Administrators issued a more reserved statement that said it “welcomes the opportunity to continue to work with Congress and the administration—including recently confirmed Secretary DeVos—to ensure that educational equity and opportunity are the reality for all our nation’s students, and that our nation’s public schools remain at the forefront of our broader conversation on education and student learning.”

This comes after individual members of several groups, including the CEC, AASA and NSBA, have voiced their anxiety of DeVos being in charge of public education. CEC advocates sent 27,751 letters to Capitol Hill during DeVos’ confirmation hearings asking their senators “to ensure that the rights of children and youth with disabilities and their families are protected.”

American Federation of Teachers went as far as to openly call for the Senate to reject the nomination.

Senate Democrats were outspoken in their opposition.

“It’s not a job for amateurs who don’t know the first thing about education,” said Sen. Al Franken of Minnesota, who grilled DeVos during confirmation hearings last month. “I voted against the nomination of Betsy DeVos, a billionaire Republican donor, because she is the most incompetent cabinet-level nominee I have ever seen.”

DeVos has been candid in her support of charter schools and voucher programs, so it should come as no surprise that the National Alliance for Public Charter Schools cheered DeVos’ confirmation.

“We believe that Secretary DeVos will put students and families first and we look forward to working with her to ensure each child has access to a high-quality public school and a safe and supportive environment in which to learn,” the organization said in a statement.

The NAPCS is a strong proponent for both charter schools and voucher programs.

For the first time in a confirmation process of a presidential Cabinet appointment, Vice President Mike Pence had to cast the deciding vote to break a 50-50 stalemate to usher DeVos onto President Trump’s team. Last week, Republican Senators Lisa Murkowski of Alaska and Susan Collins of Maine broke ranks and sided with Democrats against DeVos.

Stay tuned to School Transportation News for more reaction on the DeVos appointment and its expected impact on transportation service.

The Safer School Buses Act of 2021 would require all Ontario provincial school buses manufactured after 2005 to be equipped with the amber-red dual...
Read more
Drivers

Despite COVID-19 school closures in many school districts nationwide, school bus drivers have remained on the frontlines delivering meals and homework packets. And in...
Read more
Safety

Two Montana bills passed the House this week to further improve student safety while they are transported via the yellow school bus. HB 207,...
Read more
Operations

Campbell County School District in Gillette, Wyoming, has been through it all, in terms of a COVID-19 outbreak in transportation operations and now vaccine...
Read more
Government

The National Congress on School Transportation (NCST) has been moved due to travel restrictions and the public health measures in host city Des Moines,...
Read more