GPS and Parent Apps are Coming to New York City 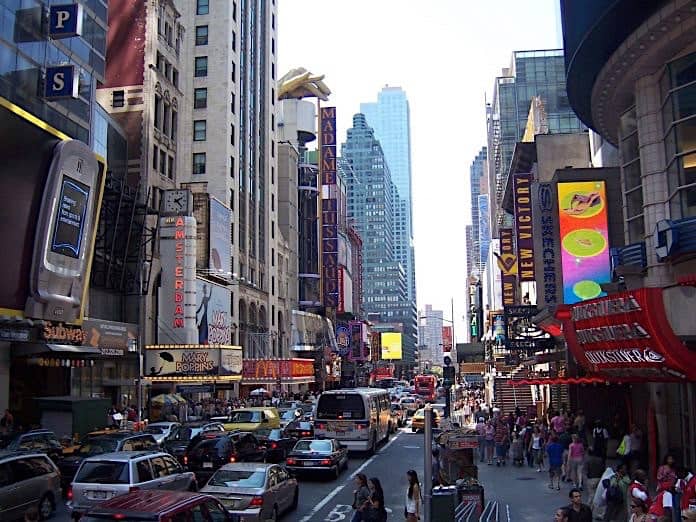 Parents of school bus riders in the five boroughs will soon be able to track their children for the first time as they ride to and from school. There will soon be GPS capabilities on all school buses, officials announced, including general education and pre-K routes.

This will allow all routes to be accurately tracked digitally. It will provide every family with the same real-time updates that are currently on the special education routes.

Previously, general education and pre-K routes had only two-way radios on all school buses. As a result, if a parent wanted an update on the location of their child’s bus, the Office of Pupil Transportation (OPT) would have to contact the bus company, which then used the two-way radio to convey location information.

The new GPS solution is the result of a New York City Council bill passed in January 2019. Via for Schools won a competitive bid this spring. That Student Transportation Oversight Package (STOP) included mandating GPS and an app for parents, plus 15-days advance notification to families of their students’ bus routes for the upcoming school year.

Carranza said in a statement that the new technology will be installed on contractor buses that don’t already have GPS in time for the start of school this week, on Sept. 5.

“We’ll have GPS in every bus on the first day of school, and through our partnership with Via, we’ll soon have a state-of-the-art app for families to track buses and get real-time automatic updates,” said Carranza. “We are grateful for the City Council’s advocacy, leadership and partnership. Safe and reliable transportation is critical for all families, and we’re committed to getting it right this year.”

However, the GPS first must be approved by the district’s comptroller’s office, and a committee consisting of Carranza and 13 appointed members.

An announcement explained that special needs route buses that are serviced by NYC DOE are already equipped with GPS from Teletrac Navman. That system provides updated vehicle location information to the district’s Office of Pupil Transportation, but parents of those students don’t currently access an app.

Meanwhile, the NYC chancellor’s office said the goal of the new GPS system is to provide all city- and contractor-employed school bus drivers with turn-by-turn navigation via a GPS-enabled tablet and app. The system also digitally records student ridership.

Officials also said that school staff and central administrators will have web access to the entire transportation system, along with the ability to share system-wide updates with bus drivers, parents and students. Those would include, for example, weather-related closures, special events that would adversely affect traffic, and so on,

For the first time ever, parents received bus route information more than two weeks ahead of the school year. As the largest school district in the nation, every day the NYC DOE safely transports approximately 150,000 students on 9,000 bus routes to and from schools across the city.

About two-thirds of routes (6,000 of the 9,000 routes) serve special education students.

According to the NYDOE, additional improvements over the past year have included: