HomeGovernmentInflation Reduction Act Invests in Clean Energy, But Will It Reduce Inflation?
GovernmentNews

Inflation Reduction Act Invests in Clean Energy, But Will It Reduce Inflation? 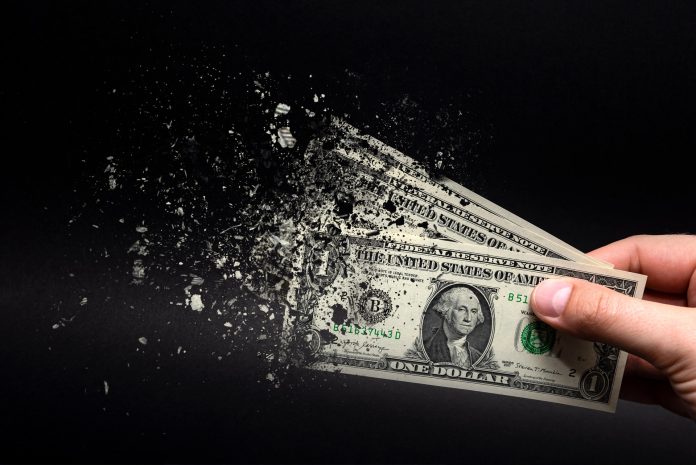 The Inflation Reduction Act is expected to be a boon for zero-emissions energy and fuels, including vehicle electrification. It creates or expands tax credits for wind, solar, nuclear, hydrogen and electric vehicles, including the $40,000 tax credits that can be leveraged for school buses.

It incentivizes clean energy components and vehicles to be made in America with jobs paying prevailing wages. And tax credits offer extra incentives for clean energy projects and production in communities formerly burdened by fossil fuel extraction, processing or storage.

A report by Senate Democrats describes it as the single largest climate-related investment in U.S. history, predicted to reduce greenhouse gas emissions by 40 percent by 2030.

But will the partisan law, signed on Aug. 16, actually reduce inflation?

The Penn Wharton Business Model estimated that, “The impact on inflation is statistically indistinguishable from zero,” reducing inflation by 0.1 percent over five years and having no impact after 2028.

The Congressional Budget Office made similar projections, predicting the law could decrease inflation by 0.1 percent or even increase it by the same amount in coming years.

Quoted in the journal The Conversation, University of Michigan economist Nirupama Rao said the impact on inflation would likely be “not much.” However, “Several measures in the law, such as narrowing the deficit, lowering drug prices and making the U.S. less vulnerable to energy price spikes, should all help reduce inflation somewhat,” Rao said.

The Inflation Reduction Act is expected to invest $437 billion over a decade, raise $737 billion in new revenue, and support over $300 billion in deficit reduction, according to estimates by the Joint Committee on Taxation and the Congressional Budget Office.

The investments will be funded largely by taxes, including stepped-up enforcement by the IRS in collecting taxes owed, and a new corporate minimum tax of 15 percent on companies making more than a billion dollars a year. However, the Joint Committee on Taxation estimated that only 150 companies would be subject to the new tax, and private equity companies were exempted after being included in earlier versions of the bill.

Extended healthcare subsidies under the law could mean fewer people are incentivized to work, which would reduce output of goods and hence drive up inflation, since demand in relation to production would rise, the office said.

Along with $1 billion that state and local governments and transportation contractors can tap for clean medium- and heavy-duty vehicle purchases, the law promises $3 billion to outfit the U.S. Postal Service with zero-emissions vehicles, and $3 billion to reduce emissions at ports.

Even if the law doesn’t meaningful reduce inflation, people should get relief from soaring costs through provisions that lower energy and fuel prices and help people benefit from clean energy and energy efficiency, by reducing their energy demand. In addition to the clean vehicle incentives, the law includes subsidies to help households afford rooftop solar, heat pumps and efficient appliances.

Clean energy and clean vehicle investments are targeted especially toward low-income and environmental justice communities. But environmental justice advocates have also criticized the bill, since it supports oil and gas leasing and pipeline building, in the name of energy security, and also incentivizes carbon capture and storage, a technology that helps fossil fuel plants extend their lives.