A controversial proposal to merge the U.S. Departments of Labor and Education was formally announced this week, and if approved, it may have an indirect impact on the school bus industry.

The Trump administration proposal to merge departments may develop into a major fight, since the Department of Education (DOE) provides the block grants to states for education operations. Since DOE was officially created in 1979, it is not only the newest presidential cabinet-level department in Washington, D.C., it is also one of the smallest.

It therefore may be an easier and quicker merger to consummate than the experts currently believe. The new department would combine offices from several federal agencies. It now boasts a staff of 4,400 employees (the number varies according to the source) and $68 billion annual budget. 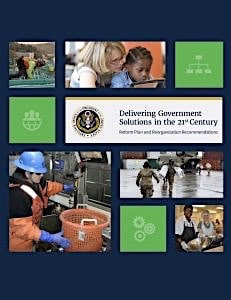 While not allocating money directly to school buses, industry experts report that DOE does provide guidance through the Office of Civil Rights (OCR) and Office of Special Education Rehabilitation Services (OSERS), plus Safe and Healthy Students, on many issues. Those range from investigating infringements on student rights under the Individuals with Disabilities Education Act, to formulating guidelines on bullying, that have an impact on school buses and their operations.

On Thursday, June 21, U.S. Secretary of Education Betsy DeVos released the following statement: “President Trump campaigned and won with his promise to reduce the federal footprint in education, and to make the federal government more efficient and effective. Today’s bold reform proposal takes a big step toward fulfilling that promise. Artificial barriers between education and workforce programs have existed for far too long. We must reform our 20th-century federal agencies to meet the challenges of the 21st century.”

She noted that “This proposal will make the federal government more responsive to the full range of needs faced by American students, workers, and schools. I urge Congress to work with the Administration to make this proposal a reality.”

On June 5, Secretary DeVos testified to the Senate Appropriations Subcommittee on Labor, Health & Human Services, Education, and Related Agencies, about the DOE budget, noting that, “President Trump is committed to limited government, fiscal discipline and reducing the federal footprint in education. The President’s fiscal year 2019 Budget would reduce overall funding for Department programs by $3.7 billion, or 5.6 percent from FY 2017 enacted levels, and $7.6 billion, or 10.8 percent below the FY 2018 enacted level.”

The 130-page proposal notes, “The Administration proposes to merge ED and DOL into a single Cabinet agency, the Department of Education and the Workforce (DEW). As part of the merger, the Administration also proposes significant government-wide workforce development program consolidation, streamlining separate programs, in order to increase efficiencies and better serve American workers.”

Comments are starting to roll in and are very mixed—often following the political bent of each publication where they appeared. Fortune magazine said, “While a smaller federal government has long been a goal of conservatives, it is unclear how much of a measurable effect the merger would actually have. The Education Department is already one of the smallest government agencies, employing just 3,900 people, and its workforce has shrunk by more than 10 percent since President Trump took office. The Labor Department, meanwhile, employs about 15,000 people. The two departments already work quite closely. With the passage of the Workforce Innovation and Opportunity Act in 2014, the two departments coordinate on training. But the actual savings associated with their merger could be minimal.”

Analysis of the reorganization proposal

Politico wrote that “Mick Mulvaney, director of the OMB, has been working on the reorganization plan since his confirmation more than a year ago.” More significantly, “The plan, if undertaken by the administration, would pose a heavy political and legislative lift. Past attempts to eliminate the Education Department haven’t proven popular in Congress.”

National Education Association President Lily Eskelsen Garca stated, “The Trump administration’s plans to reorganize the federal government, including the possible radical merger of two federal agencies, the departments of education and labor among other changes, are at best ill-conceived and poorly timed, and at worst are an attempt to distract the American public from the humanitarian crisis he created along the U.S.-Mexico border.”

CBS News commented that “Soon after he took office, President Trump charged (OMB) with coming up with a plan to reorganize the government and eliminate unnecessary agencies. … Such major changes would likely need approval from Congress.”

Daily Beast said, “The reorganization would likely require congressional approval, which could doom it all together. Initiatives that would streamline and reduce the size of the federal government and its bureaucracies have long been sought by conservatives. President Ronald Reagan tried, unsuccessfully, to kill the Education Department.”

ABC News said, “Not surprisingly, Republican lawmakers have been more receptive to the plan, with House Education and the Workforce Committee Chairwoman Virginia Foxx, R-N.C., claiming the federal government is ‘long overdue for a serious overhaul.’” The reaction from the other side of the aisle included this one: “Reflecting the uphill battle facing the administration, Senator Patty Murray, D-Wash., the top Democrat on the Senate Health, Education, Labor, and Pensions Committee, called the proposed reorganization of the federal government “unrealistic, unhelpful, and futile.’”

Associated Press reported that Mick Mulvaney, the director of OMB, told President Trump and the Cabinet that, “it has been nearly a century since anyone reorganized the federal government at this scale. He says the U.S. is still dealing with a government from the early 20th century. Trump is calling it the ‘drain the swamp Cabinet meeting,’ a reference to one of his major campaign pledges.”

FoxNews noted that Mulvaney said, “No one has even tried on this scale and, more importantly, nobody has followed through with this.”

FedSmith.com commented that “In short, from the perspective of a person whose main goal is to stay in Congress, voting in favor of a reorganization will not be seen as a winning issue—especially when an election is coming up in a few months.”

Education Week wrote, “The proposed K-12 sub-agency doesn’t look very different from the main K-12 offices in the Education Department, with two big exceptions. The new sub-agency would include key programs from the Office of Elementary and Secondary Education, the Office of English Language Acquisition, and the Office of Special Education and Rehabilitative Services. That includes Title I programs for disadvantaged students, Impact Aid, school improvement programs, school safety and citizenship programs, Indian education, and innovation and improvement. But the Institute of Education Sciences, the Education Department’s research arm that has a budget of $613 million, would join the Research/Evaluation/Administration sub-agency. And the office for civil rights, which has a budget of $117 million, would be folded into the new Enforcement sub-agency, which would also include worker-protection agencies from the former Labor Department.”

The Washington Post quoted James Kvaal, president of the Institute for College Access & Success, a liberal think tank. “I doubt this proposal started with a debate over how to make career education more effective,” said Kvaal, who was a policy adviser to President Barack Obama. “It’s about eliminating the Department of Education.” The article went on to say, “The federal government is bloated, and cuts and consolidation are wholly appropriate for Education and Labor. Combining is fine by me but doesn’t actually accomplish much,” said Frederick M. Hess, director of education policy studies at the conservative American Enterprise Institute, a think tank. “Major savings require major cuts to programs, and the administration hasn’t had any success on that count. It’s actually signed off on a dramatic expansion of federal spending.” Neal McCluskey, an education analyst for the libertarian Cato Institute, agreed that merging the departments wouldn’t amount to much, if all of the “unconstitutional, ineffective, expensive programs” the Education Department now runs are folded into a “new, more expansive bureaucratic machine.”

PBS quoted Sen. Lamar Alexander, R-Tenn., chairman of the Health, Education, Labor & Pensions Committee, which has oversight of the two departments that might be merged, indicated he was open to changes. “I think it’s always wise to look for greater efficiency in how our government operates and will study the proposal carefully,” he said.

Inside Higher Ed said, “Democratic lawmakers were quick to blast the announcement as unrealistic and a coded plan to cut government investments.”

National Review quoted Seth Harris, deputy labor secretary in the Obama administration, who told the Wall Street Journal it was a “solution in search of a problem.”

The American Enterprise Institute noted, “The administration’s proposal is sensible enough. There is plenty that can be usefully cut at the departments in question and there are real benefits from streamlining programs. But big savings require making major cuts to programs—and the administration hasn’t had any success on that count.”

Neal McCluskey, director of the Cato Institute’s Center for Educational Freedom, wrote, “the public must come to understand that all that money-spending, service-providing, and rule-making that sounds so good—who could be against ‘investing’ and ‘doing’ more for children and education?—is actually either ineffective, or often straight-up damaging. And that means continuing to do the hard, persistent work of letting the public know that all this great-sounding stuff isn’t so great after all. Indeed, it’s often pretty bad and needs to be completely eliminated.”

Reason magazine reporter Eric Boehm said on June 22, “Unfortunately, much of the inefficiency of—and resulting frustration with—government services results from them being, well, government services. Changing the nameplates on the front of Washington DC’s many, many brutalist filing-cabinets full of bureaucrats won’t inject more competition or motivation into those departments. Nor will it guarantee a reduction in the scope of governmental power over the lives of individuals.” 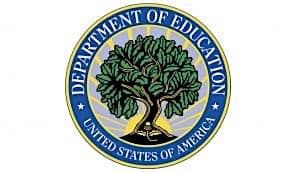