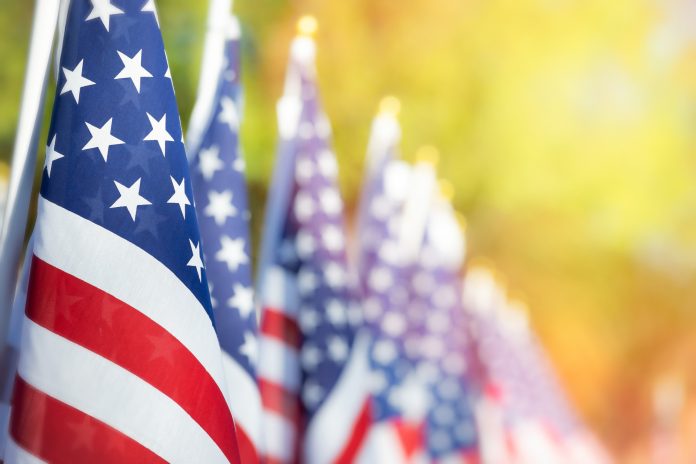 No matter what branch of the U.S. military a person served in, the qualities of respect, discipline, organization, decision making, and dependability are an asset to any career they choose after their military career. That is especially true for student transportation.

According to an email survey conducted by School Transportation News sent to readers last month, 49.5 percent of the 422 respondents said they served in the U.S. Armed Forces prior to the joining the school transportation industry.

In honor of upcoming Veterans Day, School Transportation News interviewed several industry professionals to gain their insights on how a military career helped them prepare for safe and efficient transportation service for students.

For Richard Casey, the director of transportation for Bellevue Public Schools near Omaha, Nebraska, the path from B-52 tail gunner to pupil transportation only took a couple of right turns.

“At the end of my Air Force career, after almost 28 years, we were stationed in Louisiana,” he recalled. “My son and daughter were attending the University of Nebraska at Lincoln, where a friend of mine was about to retire. He’d been running the junior ROTC program here in Bellevue and asked me if I’d ever considered teaching.”

Casey was hired and taught for two years, while also being groomed to take a civil service position at nearby Offut Air Force Base, where most of the student population of Bellevue lives. One day, as he was in the main office telling a friend that he’d probably resign at the end of the school year, the superintendent pulled him aside. “I want you to take over our transportation department,” Casey relayed of the superintendent’s offer.

“I’m not knocking the previous leadership of the transportation department, but it was in pretty bad shape because it was out of sight and out of mind,” Casey continued. “It just wasn’t getting the support it deserved, and consequently the department couldn’t support the school in the manner it deserved.”

Leadership is certainly one of the many qualities that Casey said he developed during his military career. “After [Operation] Desert Storm, they took the tail gunners off the airplane, and I went into more management and leadership positions. I was command chief master sergeant in the Air Force, which means that I was the most senior enlisted person in the Air Force, over about 28,000 troops. That was probably the highest honor of my life, and it also made transitioning into transportation seamless. Management is management, whether it is troops or school personnel.”

As Casey strove to create more professionalism in his department, some employees were not thrilled. But most of the employees loved the new standards. “After the [transportation facility] fire, I really tried to create a new, more positive atmosphere as opposed to the more Mom and Pop style that was in place previously,” he shared. “I’m very strict on bus care, for example. We have a 24-year-old bus and except for differences in body style, you’d swear it was new because it is in immaculate condition. We have pride of ownership, and we hire good people to work here.”

He added that some staff members are also retired military, so he never has to worry about their work ethic or attendance. And those same qualities are instilled across the district.
“With most of our student population either on the base or from military families that chose to live off base, our kids are very well behaved as well,” Casey concluded. “In my 20 years in this job, we’re very proud that we’ve never had a gun, any drugs, or any fights on our buses, and I think that’s due to the military community and Bellevue school being a very well-run organization.”

Many life experiences were positive influences for Amy Tiedens, the transportation director for Intermediate District 287 in Plymouth, Minnesota. Intermediate schools in the state are operated as a cooperative venture, providing specialty services to regular districts such as programs that smaller schools can’t provide for their unique learners.

“I grew up in a family where I was the only one that wasn’t disabled,” Tiedens said. “Both my mother and sister had brittle bone disease, and my father was a double amputee. Joining the Army was a way for me to get money for college.”

When Tiedens enlisted in 1984, the military was a different organization than it is now as far as welcoming women. But Tiedens, like countless others, overcame the obstacles.

“I was just out of high school, and some of the eight-week boot camp was a bit scary,” she said. “Then came eight weeks of training for being a legal specialist in a JAG unit. I worked with attorneys on wills for soldiers in Desert Storm.”

Army training was tough both physically and mentally, Tiedens recalled, but “I got through it, and learned teamwork and to get along with many different people from all over the world. I think that really helped me in transportation as well,” she continued. “There are more women in transportation these days, but when I started, my military experience working with a lot of men was great preparation for my job as transportation director.”

After being honorably discharged, Tiedens was an educational assistant in the classrooms at Intermediate 287 for 11 years. During this period, Minnesota law changed regarding driving mini-van school buses, which are classified as Type 3 vehicles. The teachers and assistants, who often drove the students, needed to be licensed to operate these mini vans.

“My supervisor wanted me to start training staff on these new procedures, as I’d been teaching driver education classes as well,” Tiedens recalled. “Then I was offered a routing position in the district office, and then I became transportation director.”

Most of the Intermediate 287 students are classified as “Setting Four,” which means they are bused in from 11 member districts to receive educational services. “Many of the students have EMB, which is Emotional Behavior Disorder, or Autism,” said Tiedens. “The kids can be frustrating for the drivers, but I’ve been teaching Positive Behavior Interventions and Supports (PBIS) in our district since 2018 and have presented at STN’s [Transporting Students with Disabilities and Special Needs] conference in Frisco twice. Basically, PBIS teaches adults how to be more positive in their speech.”

How has the military influenced her career in transportation? “In many ways,” said Tiedens. “There are laws and procedures in both, and of course, people skills. You’re with so many people from many different backgrounds in the military, and the same is true in transportation. Organizational skills are valuable, and also come in handy in my role as a board member of the Minnesota Association of Pupil Transportation, when I’m helping organize the state conference.”

Tiedens also has a very strong work ethic. Never one to say a task even if it is not listed in her job description, she might be found directing traffic or brushing snow off a vehicle in the parking lot because it needs to be done.

Hailing from the Senath-Hornersville C-8 School District in Senath, Missouri, Transportation Supervisor Jason Key said a military background can be beneficial in managing bus drivers and transporting students. “The structure and obedience instilled from the military helps immensely with scheduling, keeping track of routes, drivers, and trips,” he noted. “It helps when there is an issue with a driver that requires interaction between them and [me].

Same with a student on a bus. Having the structure of the rules implemented and enforced helps with student behavior. Assigned seats is one example. We let them have some input, but it is ultimately up to the driver to seat them. Giving respect to get respect really works.”

Key, who served in the U.S. Navy for a year before being medically discharged, said he has great drivers who don’t get the recognition and respect they deserve for the jobs they do. But his employees with a military background — he has four currently — tend to be ingrained with an extra-strong work ethic that results in taking pride in whatever their assignment is.

“The same holds true when there are students with military families,” Key added. “They just seem to be a little more respectful and well-behaved than others, especially the older kids. I love the kids. I come from a big family, gained a bigger family with my military brothers and sisters, and feel the same with the kids here. I like to think that we’re like a big extended family. The same goes for my drivers.”

Key said he feels that dealing with the good times and bad brings them all, students and adults, closer together.

“My military background helps in certain aspects of my job as a supervisor and a driver, but it isn’t that big of a deal compared to getting to interact with my drivers and students every day,” he added. “It pales in comparison to the joy I get seeing the smiles I receive daily.”