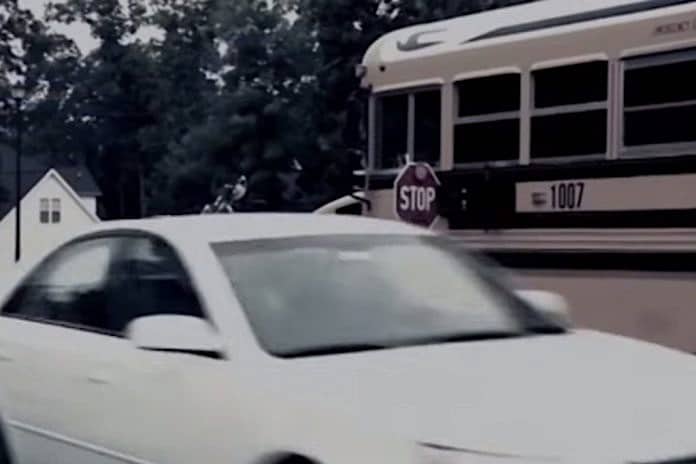 The New York Association for Pupil Transportation estimated that more than 10,000 motorists illegally pass stopped school buses each day, according to figures reported during a one-day count held on Feb. 24. Twenty-six school districts and 1,298 school bus drivers from across the state participated in the survey.

In actuality, the bus drivers recorded 259 incidents, 153 of them occurring during afternoon runs (six of those on the right side of the bus) and 100 occurring in the morning. But Peter Mannella, executive director of NYAPT, concluded that the figure would have been 10,054 total illegal passing incidents had all 50,000 school bus buses and their drivers statewide participated in the survey.

Last month’s results did show a decrease, however, in the number of illegal passing incidents compared to a similar study conducted on Oct. 21. Those results tallied by 1,080 bus drivers from 18 school districts statewide showed a total of 385 instances of motorists failing to brake for school buses that are stopped to pick up or discharge students. Still, Mannella called it a problem for the student transportation industry, and help is needed to affect change.

“We continue to call upon the public to stop when they approach a stopped school bus. We also call upon the State Legislature and the Governor to enact legislation to allow the installation of stop arm cameras on school buses to enable us to apprehend illegal passers and issue tickets to the violators,” he said. “Had there been cameras on our buses, there would have been over 10,000 tickets issued and motorists reminded of the dangers of illegally passing stopped school buses.”

Legislation to allow districts to use stop-arm cameras has been introduced in the past but has not advanced.

Every spring NYAPT also conducts a one-day Operation Safe Stop enforcement campaign, which yields up to 1,300 tickets on average, to motorists who break that law.

“As a part of our overall safety efforts, NYAPT is conducting regular surveys of school bus drivers in various school districts and contractor operations across the state,” said Thomas Weeks, the association’s Operation Safe Stop chairman and the Buffalo/Niagra area safety and compliance supervisor at Student Transportation of America. “We simply are asking them to record the number of times their buses are passed illegally by motorists on the survey day. It was important to share the results of these surveys, and we will continue to report the data throughout the 2014-2015 school year.”

Meanwhile, a survey conducted last year by the National Association of State Directors of Pupil Transportation Services, reported that there were 75,966 vehicles that illegally passed school buses in 29 states that participated. NASDPTS added that survey data is crucial in not only increasing awareness of bus safety but also in prompting state legislation that will ward off more tragedies.