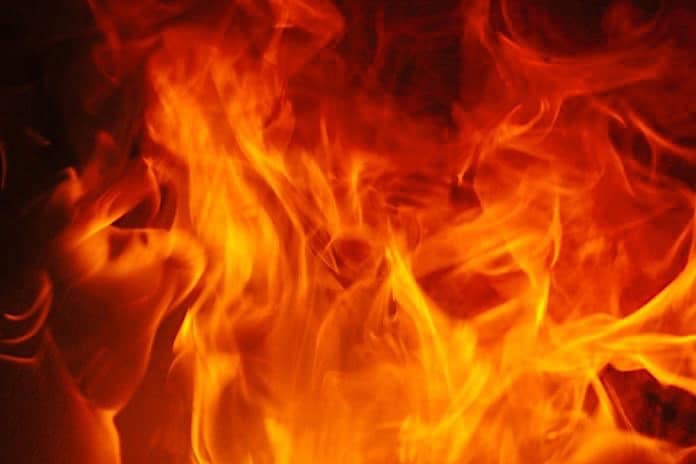 The National Transportation Safety Board began its investigation into the fatal school bus fire in rural Iowa that killed the driver and a high school student, with a focus on the driver’s health and the vehicle’s maintenance records.

Spokesman Keith Holloway told Student Transportation News that the incident reconstruction will include interviewing eyewitnesses and an examination of the conventional school bus. That will also include a review of its maintenance records and on-scene photography of any tire markings or transfer points where the bus may have hit objects as it backed off a gravel road and into a shallow, grassy ditch.

Investigators will also seek to determine survival factors such as evacuation plan and flammability of the bus. Holloway said they will be working to determine the chronology of events on Tuesday, where and when the fire started, as well as if any other material on the bus contributed to the fire.

Holloway confirmed the school bus driver Donald Hendricks, 76, had just picked his first student of the morning, Megan Klindt, 16, a student at Riverside Junior/Senior High School. No other passengers were on board at the time.

The incident is the first fatal school bus fire since the infamous Carrollton, Kentucky tragedy the evening of May 14, 1988, when a drunk driver collided head-on with a converted church bus that was carrying children and adult chaperones home from an amusement park. Some 27 passengers, including the bus driver, were killed and 34 were injured, 14 of which were serious.

NTSB found that a plumbing pipe cap was used as a fuel cap, and that the Carrolton church bus was not equipped nor was it required to be equipped, with a fuel tank guard in compliance with FMVSS 301. NTSB also found that the collision rendered the front-loading door inoperable, which hindered evacuation, as did a narrow aisle between the row of seats.

The incident led to increased flammability standards in school buses, including additional protection of fuel tanks and fire-retardant bus seats, and that buses constructed before Nov. 1, 1990 be retrofitted with push-out windows.

Kentucky also added a left-side emergency door on all new school buses that were manufactured after Nov. 1, 1990 and designed to transport 22 or more passengers. Also added was a requirement for four evacuation drills for each school bus to be conducted annually.