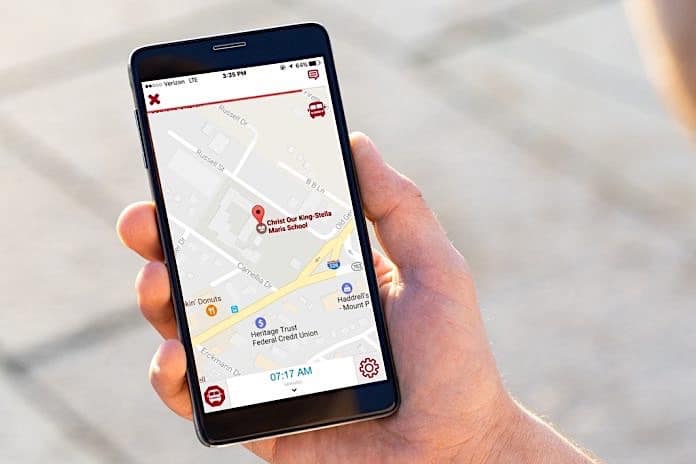 The location and arrival times of more than 3,500 vehicles are now reported to approximately 40,000 users nationwide via the SafeStop app, the company announced.

SafeStop reported the figures Tuesday as it described a third consecutive year of growth. The app began the current school year with more than 3,000 school buses registered to the software, and a reach of 25,000 users as it launched service for school districts, school bus contractors and shuttle services in 13 new states, plus Manitoba, Canada. In all, the app is currently being used in 28 states and two Canadian provinces.

The company said it will soon add the app to another 600 school buses at multiple districts in Tennessee, and is conducting pilot programs with fleets in Illinois, Maryland, Michigan and Wisconsin. Parents use the app for instant communications with their local school districts on school bus routes, while SafeStop said transportation administrators are relying on the data collected from the bus and analysis provided by the software, to help build more cost-effective systems.

“In the past, we had to spend a lot of time answering phone calls from parents,” Cecelia Catherwood, transportation secretary of Falcon School District 49 in Colorado Springs, Colorado, reported for SafeStop. “Now parents can simply use the app to find out whatever they need to know about the location of their child. I’ve worked in this department for 14 years, and have never seen a tool like this before. It’s great for the community, because everyone can get informed immediately about the whereabouts of the school bus and their kids.”

The company also continues to find strategic partnerships with GPS vendors, routing system vendors, transportation providers, and management and consulting firms. Executives there want to further expand its reach and create a more connected set of service providers in the transportation industry.

“SafeStop has experienced nice growth within the school transportation industry, because the industry is seeing we’re built differently,” added Patrick Gallagher, director of sales for SafeStop. “Other app providers have claimed to have a product that can accommodate the unique and ever-changing operations inside this industry. And now, not only are we seeing their customers transfer over to SafeStop, but the app is a fundamental offering in new school transportation and technology contracts. When there are frigid temperatures and winter weather, parents love using the app to know when the bus will arrive at the bus stop so the kids don’t have to stand out in the cold for too long. So it is important that this type of service is reliable every day.”