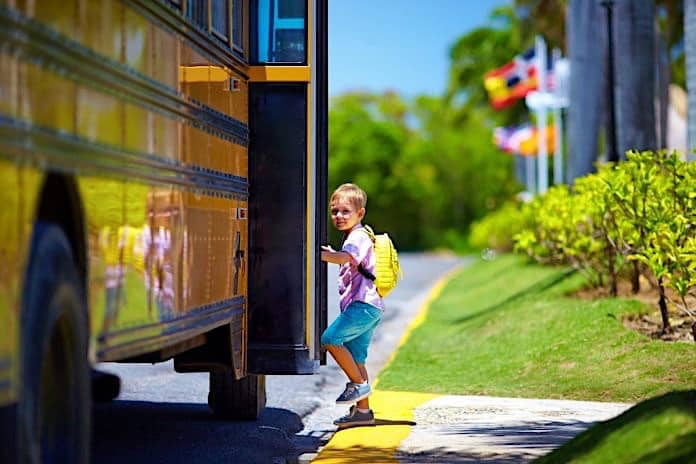 In light of recent news headlines on the school bus driver shortage currently plaguing many school districts across the country, we revisited analysis and recommendations on the topic that were shared at this year’s STN EXPO.

Before school started this summer, Monroe County Community School Corporation in Indiana outsourced several of its routes to Michigan-based contractor Auxilio Services. But similar to what happened with Muncie Community Schools earlier this month, Auxilio failed to adequately cover its routes when school started. MCCSC approved a pay raise last week in hopes of hiring more bus drivers internally and reducing its dependence on the contractor.

Lake Washington School District in Washington state reportedly is facing its most severe bus driver shortage in decades, according to the transportation manager Jeff Miles. Last week, several drivers quit with the start of school coming up on Sept. 5. Miles said drivers often leave when an improved economy offers jobs with better schedules.

Virginia’s Fairfax County Public Schools was facing a shortage of about 100 drivers last week, and supervisors had to fill in. The situation was similar in Wisconsin, where school districts were offering increased pay and sign-up bonuses to attract more drivers.

Earlier this week, Wilson County Schools in Tennessee warned parents to plan for ongoing school bus route modifications and cancellations due to driver vacancies. “We’ve gotten drivers in, make no mistake, but those drivers either quit, failed a drug test or didn’t meet the background check, there are a lot of hoops those drivers have had to jump through,” district spokeswoman Jennifer Johnson said.

The summer break this year was almost extended as drivers who worked for school bus contractor Durham School Services in Worchester, Massachusetts, threatened to strike over wages, benefits and discipline. This week a five-year agreement was reached and school continued as planned.

The above instances, all occurring within the last month, illustrate the pressing need for strategies for hiring and retaining good drivers. Workshops, panels and keynotes at STN’s EXPO in July dealt with this very topic.

A general session panel in Reno, Nevada analyzed reasons for the driver shortage and provided practical tips to reduce it. One of those was to recruit via many channels, including newspapers, TV, job fairs, farmers markets and employment websites. Once applicants respond, careful screening is needed in the interview process so the applicant understands what the job entails and the employer can evaluate whether this person is a good fit for the job.

Once new drivers are hired, said the transportation directors on the panel, training should be provided by experienced professionals and driving observation should be carried out so management can ascertain whether the new driver will be reliable. Perks such as gift cards, free lunches and preferred parking are “carrots on a stick” that show appreciation and encourage drivers to stay on.

Well-defined and positive company values and employee culture are integral to a satisfied workforce, said cultural expert Don Harkey. This goes beyond potlucks and ping-pong tables, Harkey shared with the 100-plus attendees of the inaugural Transportation Directors Summit; it is something that requires the constant attention of company leadership. Both passive and toxic employees can be doing great harm to a business while management wonders what is going wrong.

He added that toxic employees, which a Gallup Poll indicated represent 15 percent of the workforce, are often strong leaders. Organizations must be wary of allowing these employees to continue leading other staff in the wrong direction.

“Equip people to succeed or fail quickly,” said Harkey, so they and you can find out sooner if they are a good match for the job and the company.

Above all, safety consultant Jesus Villahermosa reminded attendees that the student transportation industry should never forget the importance of school bus drivers. They are vital to both the physical and emotional well-being of the students they transport to and from school. Being the first and last person kids see during their school experience every day, bus drivers can be influential role models for those kids, Villahermosa said.

He closed with the thought that, though driving school buses is often a thankless job, it is an indispensable and rewarding one.

Feds Finalize Approval of All State Plans for ESSER Funds