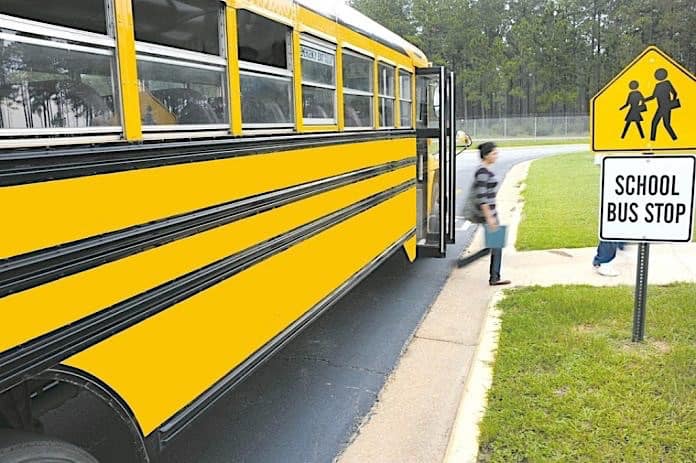 The Maryville Public School Board voted unanimously last month to allow at-risk students with “documented hardships” to receive transportation service to and from a local alternative school.

The policy for students who are expelled or suspended from their original school went into effect on Dec. 11, the day after the board passed the resolution. As 2018 ended, the district, which is located south of Knoxville, Tennessee, said it was transporting two students and reviewing the request from a third.

Mike Winstead, the district’s director of schools, said he does not anticipate transporting more than 10 students during any given school year. He also said that school buses will primarily be used to transport students. However, the students may be on separate routes, depending on the reason they were sent to the alternative school in the first place.

“We can use our regular buses or some of the buses we use to transport our students with disabilities,” Winstead said. “After that run is done, they can pick up [the other children]. We will look at that case by case and make it work, however, we need to.”

To be eligible for the service, students and their families must show a “documented hardship,” which can include financial or medical challenges.

Winstead added that the school board vote resulted from district officials placing a lot of value on the success of its alternative schools, where students are sent after being expelled, or while serving long-term suspensions.

A year ago, Tennessee state law required all school districts to adopt a school board policy on whether or not they needed an alternative school, as well as if the district would provide transportation service to students who attend it.

Maryville Public Schools originally chose not to transport its general education students to the alternative school, which is similar to the practice of other districts around the state.

“As the school year began, we started seeing the impact of that, and thinking about what we value about our alternative program.” Then there is the “need and service it provides,” Winstead explained.

He added that Maryville’s alternative education program has resulted in a 90-percent graduation rate. “It has a long successful record, and a large part of that is the type program that we have in place there,” he noted.

Winstead said the district’s priority is ensuring these at-risk students remain in school. If transportation was going to be a burden on the families, to the point where students would no longer be able to attend class, the district wanted to be able to provide that extra support.

“We really felt like if transportation was the reason that some kids were not going to an alternative program, then we needed to fix that,” Winstead said. “The most important thing for us, is that the students are in school.”

The transportation option is not available to all students. Families or students must submit a request that explains why they need transportation. The request is then reviewed before a final decision is made.

The program “is not wide open. There should be consequences for inappropriate behavior,” Winstead said. “Sometimes that inconvenience of a parent having to transport their child to the alternative program helps to deter that type of behavior in the future.”