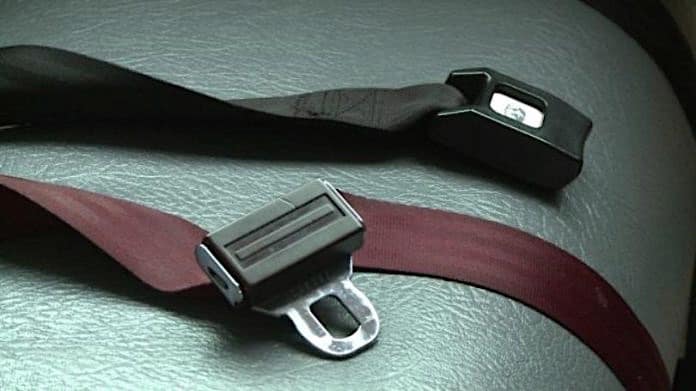 The issue of whether or not to install seat belts in large school buses has been a matter of public policy debate for more than a quarter century. A handful of states and localities have enacted legislation to require the devices, but more states rejected the idea than accepted it.

Following ground-breaking research by the National Highway Traffic Safety Administration in 2002, and the introduction of three-point lap/shoulder belt systems in 2003, the terms of the debate have changed. To properly understand the likely future outcome of the debate it is helpful to understand the new technology first. Since then, NHTSA published a final rule that requires 3-point lap/shoulder securements in small Type A school buses manufactured as of September 2011 and provides voluntary requirements for all large school buses manufactured as of the same date.

Over the years, the terms “seat belt” and “safety belt” have been used to describe seat belt systems in motor vehicles, and even airplanes. From the 1950s through the mid 1960s, such terms were easily understood, since lap belts were the only type of seat belt system available. Starting in the late 1960s, lap/shoulder belts were installed in new passenger motor vehicles.

As a result, the continued use of the terms “seat belt” and “safety belt” causes confusion. This is especially true with respect to large school buses.

Meanwhile, all manufacturers of small or so-called Type A school buses always install either 2-point lap belt systems or 3-point lap/shoulder belt systems on their products, the latter required by September 2011. This is required by Federal Motor Vehicle Safety Standard 222.

Up until mid-1991, the only type of “seat belt” or “safety belt” that was available for installation in a large school bus was a lap belt. However, since lap/shoulder belts are now far and away the most prevalent type of “belt” system in passenger motor vehicles, it is likely that many people who read or hear the terms “seat belt” or “safety belt” believe that it referred to lap/shoulder belts, when if fact the term referred to lap belts.

This misinterpretation can easily give the reader both incorrect and inappropriate information, and could lead the reader to make ill-informed decisions that could actually increase the safety risks to children.

How did this conundrum involving such an important safety device come about?

As far back as 1967, researchers at UCLA conducting pioneering research into school bus occupant protection, recommended “passenger protection of lap belts when used with high back seats” in school buses. In the intervening years, this recommendation become a cornerstone of the belief that seat belts should be required in all large school buses. [Remember however, that in the 1960’s lap belts were seat belts, and vice versa.]

Now, three decades later, the Great Seat Belt Debate has entered a new phase. In the past couple of years, three companies have begun to offer 3-point lap/shoulder belt systems. C.E. White Co., IMMI/Safeguard and M2K/Takata are independent suppliers to an increasing number of school bus manufacturers. The previous challenge of losing passenger capacity due to seat belts has been solved by the seat manufacturers, which now provide bench seats that can fit three smaller children or two larger children. IC Bus, a major bus manufacturer, developed a 3-point lap shoulder belt system available only on its bus products. Three-point systems are optional equipment as well on all larges Blue Bird buses and Thomas Built Buses.

At this point it is helpful to look at both the case for, and the case against, “seat belts.” But bear in mind that the use of the terms “seat belt” and “safety belt” can be confusing. Scholarship does not permit changing the language in the original documents that framed The Great Seat Belt Debate, many more than a decade old, to reflect the evolving use of these terms. Instead, the reader has to judge whether the original author likely was using the term seat belt to denote a 2-point lap belt or 3-point lap/shoulder belt.

Webmaster note: It is interesting that some authors have contacted this Web site and requested their documents be removed altogether, as their solution to the evolving meaning of these important terms.