HomePeopleThe Power of a Friendship in Pupil Transportation
NewsPeople

The Power of a Friendship in Pupil Transportation

From student to school bus driver, real estate agent to industry advocate, Greg Dybas found motivation from the woman who drove him to and from school as a child

When Gregory Dybas graduated from high school in Algonquin, Illinois, he told his elementary school bus driver Rhonda Flannigan that he also wanted to become a bus driver. Flannigan responded with, “Go for it.”

“Greg was not your average guy,” added Flannigan, a school bus driver for Durham School Services, which contracted with Community Unit School District 300. “He was born 30 years old. He was a very inquisitive kid, paid attention to everything, and asked a lot of questions. I didn’t train him formally, but Greg picked things up quickly, and in no time, he was helping our trainees learn how to pre-trip a bus.”

Flannigan shared with School Transportation News that her bus was a Blue Bird “snub nose” — the engine compartment was located between the stepwell and the driver’s seat. “One day we were almost at our destination when my door broke and swung open,” she recalled. “Greg was in the front seat, reached over the divider and held the door to keep it from popping open. We became friends for life.”

When Dybas began driving a school bus for Durham, he was 21, the youngest commercial driving age allowed in Illinois. “I had seen the movie ‘Baby Driver’ and gave him that name, unofficially,” Flannigan explained. “One day, a police car stopped his bus and the officer asked, ‘Why are you driving the bus?’”

Dybas had to explain that, yes, he was indeed the school bus driver.

Flannigan added that when parents complained to the principal about someone so young driving their children, the transportation manager responded, “He’s the one who trained every new driver in our fleet, and he recruited most of them,” Flannigan recalled. “Don’t be fooled by his age.”

Dybas said he was always the kid who sat behind Flannigan as she transported kids to school, watching her every move and chatting about their day. “I’d tell her about the troubles I’d had that day, and she’d give me advice,” he recalled. “As we started working together, I was the ‘yes’ man, and she’d root for me from the sidelines, ‘Go for it, Baby Driver!’ which is still my nickname today.”

Dybas explained that he never had planned to go to college, and noted that he was a self-starter, always working jobs he enjoyed. “I was working in property management when I texted Rhonda about driving. She replied, ‘Yes! Come on in for your interview,’” Dybas continued. “‘The CDL is free, and if you hate the job, you can leave after six months and keep it.’ Three years later, I was a CDL trainer, a company-approved driver evaluator, and I took over communications and operations for the almost 100 routes out of our base when the dispatchers were swamped. I accepted every new challenge and I enjoyed coming to work every day, making a difference in others’ lives.”

Baby Driver stopped driving school buses several years ago and set up his real estate brokerage business. But he remained interested in advertising for new bus drivers. “I see a shortage of drivers, especially in large metropolitan cities like Chicago and its suburbs, which are in desperate need of drivers to cover routes, cities with major growth like Phoenix, and in states like Florida,” he said, adding that he believes that offering sign-on bonuses, full health insurance and even stock options if the employer is a private contractor would help fix the nationwide driver shortages.

He said that he thinks that more marketing is needed because, in his words, “If I don’t know you, I don’t know your product.” The public needs more education about school bus driving, he noted.

For a marketing campaign, Dybas would set up large banners on school grounds, banners and billboards on school buses, and on school and district websites. He would also approach bus manufacturers to advertise.

“Showcasing the people who do the job is critical. The rawness of logistics and transportation management would strongly appeal to viewers,” he advised, adding that he plans to produce training videos to help new drivers pass their CDL exams.

Despite his many activities, Baby Driver stays in touch with his first love, school bus driving. He has kept his CDL current, and while he no longer works for Durham, he still helps drivers with their pre-trip inspections if needed, though not formally.

“As much as they try to keep me away, I stay in the loop with drivers from my previous driving jobs, and as a real estate agent I market my services to help them qualify for home loans,” he said. “I do it because I know that school bus driving is a part-time job on paper, and that can make it hard for drivers to qualify. For years, I was driving my morning route and doing real estate in mid-day, then driving in the late afternoon and evening. That’s hard, but it showed my commitment. It wears on you, but I thrived in that environment.

“My main mission,” Dybas concluded, “is to target those in the younger groups who don’t want to enroll in a college course to obtain their CDL and could use their school bus driving experience as a steppingstone…. After all, my own plan was to drive for six months and get my CDL. Look at me, I ended up staying three years. And I’m not done yet.” 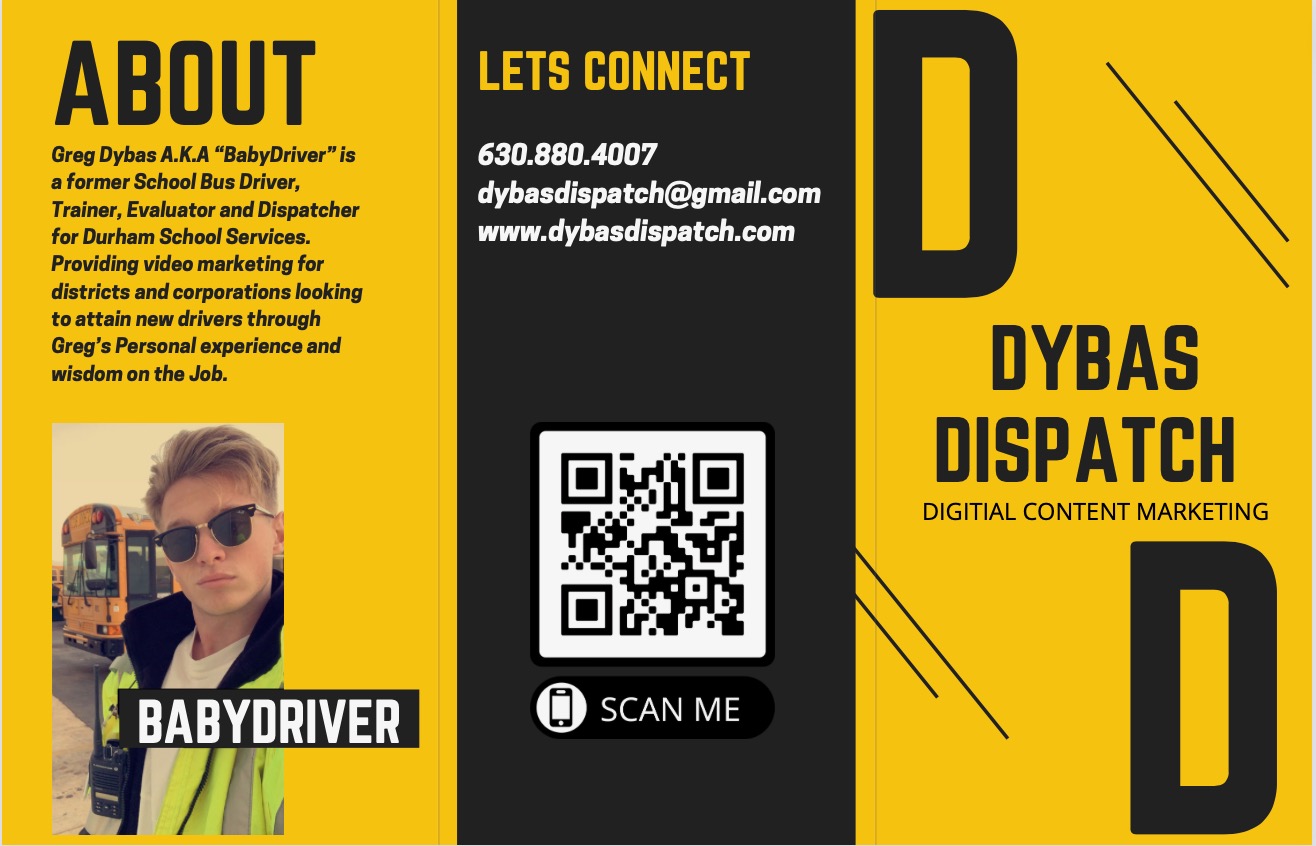