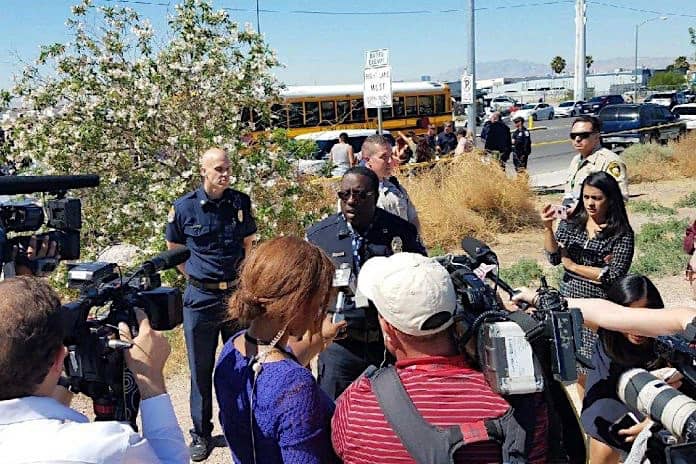 Clark County School District officials met with media to share more information on the heroic school bus driver who assisted students with evacuating after a car T-boned the bus and flipped it over.

CCSD Chief Academic Officer Mark Barton was joined by CCSD Police Capt. Ken Young and Director of Transportation Shannon Evans as they thanked the first responders to the scene of the May 4 crash, during which the 70-year-old driver of the other car died and her 10-year-old granddaughter was critically injured. But the veteran school bus driver kept the bus rollover incident from being any worse than it already was, as she kept her composure and followed her extensive training in immediately summoning help for her students and ensuring all evacuated the bus.

Barton, Young and Evans also also thanked the students on the bus for their quick thinking and Good Samaritans on scene.