As industry associations seek to provide clarity on how to get school buses rolling again, contractors share concerns and observations that affect public and private operations alike. 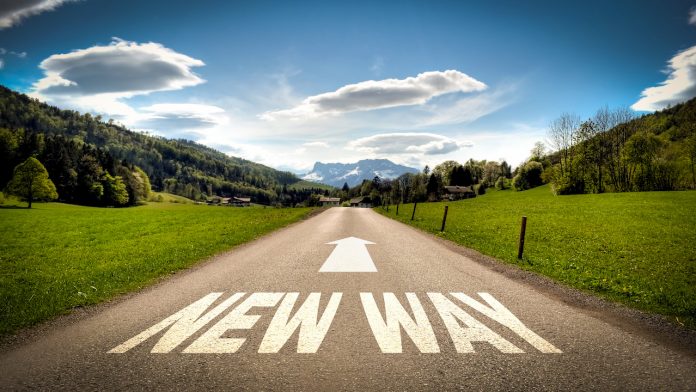 In April, John Benish, Jr., logged a multi-city flight from his home in Chicago to Dallas to Florida and home again. The first flight was light, maybe 25 passengers in total. The last flight from Florida was more crowded, perhaps twice as many. Still, there were only two passengers seated per row, one on each side of the aisle.

“When things get hopping again, the airlines are not going to fly at 20- to 30 percent capacity,” noted the chief operating officer of contractor Cook-Illinois Corporation and president of the National School Transportation Association. “The same with school buses. … We’ll split the children up as much as we can, but you’ve got to look at it from a cost standpoint, too. You have to get to the point of practicality.”

Fred Doelker, the director of safety and training for contractor Dean Transportation in Michigan, said common best practices are needed for 50 company locations statewide that service 80 school districts and 80,000 students daily, two-thirds of which have special needs.

“We can’t reinvent the box that kids go to school in,” he commented, adding that the school bus was not designed as a social distancing tool. “We might need to reinvent what we think is reasonable. We don’t know, no one knows, so set up a best practice. This is the toughest thing we’ve had to do. There are just no right answers right now.”

So, where exactly does the industry go to get some, any answers?

The politically expedient answer is with the guidance of public health officials. But at the same time, there have been, differing perspectives to say the least between balancing public health and the need for people to get back to work as well as some semblance of normalcy.

All things being equal, a new task force implemented last month aims to provide some direction to both public and private student transporters by offering a roadmap for getting school buses running again, this time with students onboard. NSTA along with the National Association for Pupil Transportation and the National Association of State Directors of Pupil Transportation Services launched the Student Transportation Aligned for Return to School (STARTS) Task Force. Three subcommittees led by a steering committee are each focused on identifying how to start moving forward. The focus of their research is three-tiered: ensuring the health and safety of students and transportation employees; communications, advocacy and public relations; and scheduling and routing. This ranges from how to provide physical distancing at the bus facility and onboard the buses to impacts on budgets and operations to disinfecting and sanitizing buses.

“The task force was just a natural extension of our work we were doing and the work through [the American School Bus Council],” he explained. “The challenge now is to get the transportation perspective really drilled down, one, and then into the mainstream so policymakers don’t just go on TV and say, ‘Hey, we’ll just go to split schedules and that will solve all the problems.’ Or, ‘We’ll just take the kid’s temperatures as they get on the bus. The bus drivers will do it.’

“We can’t solve one problem and then create another one. These issues have to be vetted, and we’re the ones with the experience.”

For example, how does an operation reduce passenger capacity to eight students per bus amid bell schedules that will still require all the students to start class at the same time?

“You’re going to have to be shuttling all day back and forth, back and forth. And schools won’t be able to afford it,” Benish observed.

The new task force will attempt to make sense out of resulting backlogs of commercial drivers who descend all at once on state departments of motor vehicles (DMV) to renew licenses. A survey of states conducted by School Transportation News in April found that at least half are providing extensions to school bus drivers whose licenses expired or are expiring during school and DMV closures. Those are in addition to extensions provided by the Federal Motor Carrier Safety Administration.

“It’s not like you can take somebody off the street, put them through a two-day training program and say, hey, go ahead and start transporting kids. That’s a long process if they don’t have a CDL,” opined Macysyn. “It depends on the state, but to me it’s at least a month or two months.”

What’s the backlog going to be in terms of the road test once the DMV opens? There is going to be a flood of people, not just new applicants but people who have had licenses expire.

He said the extensions kick the can down the road. “We’re going to have to pay the piper at some point.”

Doelker said Dean Transportation is trying to restart CDL training soon. For existing drivers, he said he has been championing the use of the National Highway Traffic Safety Administration’s nine-module school bus in-service curriculum, which the agency took online last month.

And to meet physical distancing requirements, he said refresher and new CDL training is not too daunting of a task because he said his trainers often work with no more than a half-dozen people, or they can adequately social distance in a classroom. They merely need to ensure the class attendees are remaining sufficiently apart from one another. Plus, regional trainers can provide video presentations to several groups in different locations at the same time. And behind-the-wheel training isn’t an issue because there is usually only one driver and the instructor on the bus.

It’s hands-on CPR, first aid and special needs training that Doelker said presently the biggest challenges. The Crisis Prevention Institute, which Dean Transportation uses to teach de-escalation and self-defense techniques to staff, is working on virtual training but “doesn’t know how to make that fully work.”

What hasn’t changed is that the success of training rests with the instructors, albeit using a new medium.

“With our regional trainers, we’re letting them know they’ll need to be the cheerleaders of the new order,” he shared. “There is an element of folks who don’t believe in the dangers of COVID-19. We need trainers to be leaders and make this work, manage the naysayers. It will succeed if we get the buy-in from employees to make it succeed.”

This could be moot if drivers never return to work. “Most of the drivers will not be back in a bus within five months.” cautioned Benish. “We don’t even know how many people are not going to come back just because they don’t want to do it anymore. They are scared they are going to get sick.”

The Centers for Disease Control and Prevention offer guidance on approved devices and supplies. Gary Waits, CEO of National Express Corporation’s school bus division, said that disinfectant misters and sprayers have been hard to come by, even for North America’s second-largest contractor. The easiest supplies to get? Bleach and water.

“Our plan is to [disinfect] at least two times per day, after morning and afternoon routes,” he shared.

Going forward, he added, the company will ultimately invest in the most effective and efficient cleaning solution.

“There are so many different ideas, different buses and different seating configurations,” he said. “I can only imagine what we come up with. Keeping it simple is key.”

Waits said National Express Transit has provided the school bus division with insights on how to possibly move forward with both sanitizing vehicles and providing protection to staff and students.

He worries when hearing plans to erect plexiglass or, worse, shower curtains that need to be approved by the state school bus inspection entity and installed throughout fleets. “The last thing you want is to be restrictive to the driver,” he suggested. “The idea of having to distract the driver by having to close something, limits their vision. … Those sorts of things will be a lot more difficult than wearing face masks.”

He has also observed how transit systems are screening employees for symptoms when they arrive for work, which could translate to school bus locations. National Express Transit is currently providing PPE to all employees for use on the job.

He also said all drivers and monitors are issued gloves for securing passengers in wheelchairs. National Express Transit is not currently distributing PPE to paying passengers, but Waits’ group is discussing potentially offering those to student riders on school buses.

Waits also observed that relying on drivers to screen students at bus stops is not a good idea. “Should a nurse be on the bus? Does screening happen at school? These are questions a lot of people are asking and we are working through.”

Editor’s Note: As reprinted from the June issue of School Transportation News.