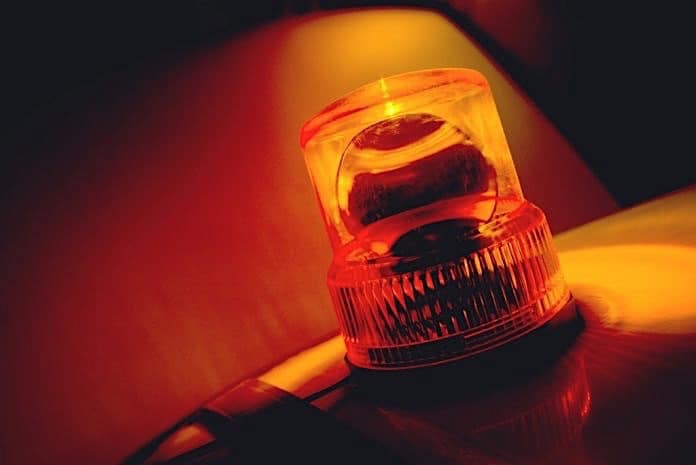 A Polk County School District bus driver in Lakeland, Florida, located east of Tampa, is being hailed as a hero after she kept a man dripping in blood from entering her bus, reported Patch.com.

Margie Yzaguirre was picking up the first student of her route shortly after 6 a.m., when she saw a man recklessly driving and swerving along the road.

The man, identified as Mayson Armando Ortiz-Vazquez, reportedly had crashed his truck into a fence and approached the school bus. Yzaguirre saw that he had blood on his arm as he tried to gain entry by banging on the bus door. She refused to open the door and gestured for him to move away from the vehicle. Yzaguirre contacted her district dispatcher, who alerted the local police.

Ortiz-Vazquez reportedly fled the scene, later broke into a home and was killed.

Rob Davis, Polk County Public Schools’ assistant superintendent for support services, also commended the bus driver’s bravery. “She reacted exactly in the way we would want a bus driver to react in that situation. She kept the safety of her students in the forefront of her mind,” he said in a statement. “She did everything right, and we’re extremely proud of her.”

Yzaguirre was originally scheduled to pick up her first student, Carson Hughes, at 6:15 a.m but had decided to arrive 10 minutes early. She said she was grateful for that decision. “What if I hadn’t made that change? The student could have been standing alone at the bus stop when all this happened,” she added.

Hughes’ parents have expressed their gratitude for Yzaguirre’s dedication to keeping the children on her bus safe.

Polk County Public Schools school bus drivers in Florida are not being told when they are transporting students who have tested positive for COVID-19...
Read more
Wire Reports

The Centers for Disease Control and Prevention (CDC) removed information from its website that stated it was “possible” that the novel COVID-19 virus is...
Read more
Wire Reports

DATTCO Inc., a school bus contractor based in New Britain, Connecticut, is facing the devastation brought on by the pandemic as reported by Hartford...
Read more