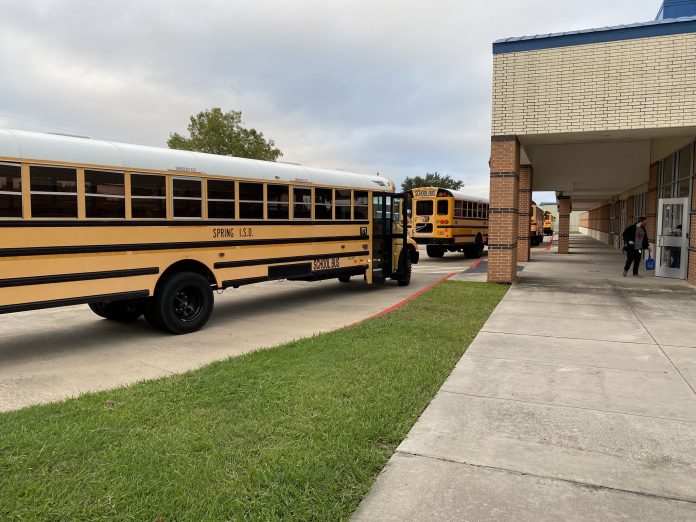 The long awaited $1.9 trillion American Rescue Plan to the rescue, and with it another 128.5 billion into the education stabilization fund that has kept school districts afloat during this transcendent time. Is it enough? It certainly will help. But how much?

A reader survey conducted in advance of the virtual Transportation Director’s Summit last month indicated that purchases of COVID-19 cleaning, health and wellness products have fallen behind large school buses and student tracking and RFID card readers. Rounding out the top five are parent communication apps and video security systems. A sign of things getting back to normal? Associate Editor Taylor Hannon reports this month, that some school districts are buying new buses while they know they still have the funds available, as budgets could be cut because of reduced student ridership and enrollment as well as local property tax revenue.

The National Center for Education Statistics estimates 1-percent projected growth in K-12 student enrollment through 2029, a similar pattern seen from 2000 through 2017. A deeper dive uncovers that 10 states and the District of Columbia grew their enrollments by over 15 percent during the first 17 years of this century. Among these, Nevada recorded a whopping 43 percent jump with Utah at 39 percent and Texas at 33 percent. Another 21 states grew by 2 to 15 percent, with Alabama and Missouri recording essentially no increase. Nineteen states saw enrollment decrease.

However, 21 states now eye decreases through 2029, and 15 states expect less than 5 percent growth, including Texas. Alabama, Kentucky, and Missouri are at net zero gains. Six states are forecasting increases between 5 and 9 percent. The District of Columbia and four states- Florida, Nevada, Washington, and Utah- are expected to break 10 percent. Only North Dakota is expected to grow enrollment by over 15 percent.

Then online learning took center stage, paid for with federal relief funds. But as industry consultant Tim Ammon explained to me, school districts are realizing the aid replaces much of the money they would normally receive from states, not in addition to. Districts that were already under-funded, and there are a lot of those, are merely receiving a Band-aid for a bullet wound.

Online charter schools are now increasing in popularity, which certainly reduces the demand for transportation. We’ve also already seen a trend to utilize remote learning infrastructure when bad weather strikes. Going by the wayside are snowy days, which causes bus contractors much concern. They have traditionally been able to build snow days into their contracts so they can continue to get paid. COVID-19 has changed the willingness of school districts to pay for what is deemed to be the non-operational expenses, regardless of the fact that these businesses have ongoing obligations to make good on.

Meanwhile many districts have been paying parents to transport their own children because of social distancing requirements on school buses. Arizona recently passed a law to pay parents to transport their children to charter schools at a cost of $10 million a year. A lack of transportation options for charter and choice students is costing the industry. Then, there are the at least 2.5 million students who are now homeschooled, according to the National Home Education Research Institute, and micro-schools could increase that number.

A slew of long-term ramifications for school buses are rooted in the emphasis being placed on providing flexibility for parents and students. But where does that leave the traditionally inflexible model of traditional fixed-route school bus service?

Tens of millions of schoolchildren will continue to need school bus transportation. More of these students are also the most marginalized by society based on their abilities, family economics and race. School transportation service can remain relevant by being readily available to its customers in whatever form they need it. That will require using technology and staff to their fullest capabilities. Becoming more dynamic could better make the case that school busing is not simply a related service to classroom education, where ever that classroom may be.

Share
Facebook
Twitter
Pinterest
Linkedin
ReddIt
Tumblr
Digg
Email
Previous article
Selecting the Fuel that Makes Cents for You: Renewable Diesel
Next article
Has your operation had to cancel bus routes this school year due to a shortage of school bus drivers?