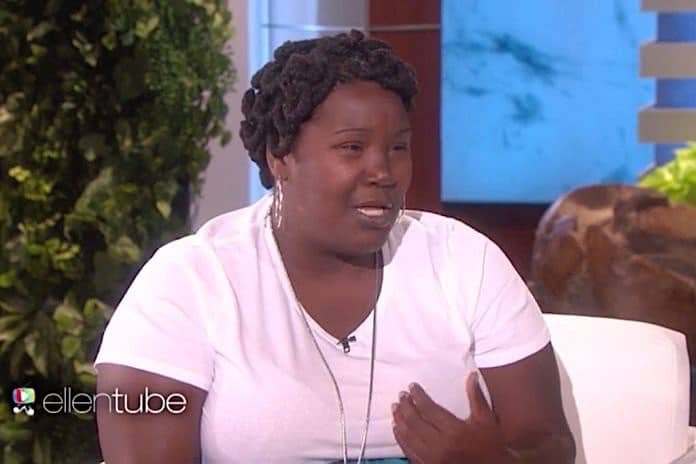 Last month, we reported on Maryland school bus driver Renita Smith, who safely evacuated all 20 of her students after a fire engulfed the vehicle.

The students were ages 4 to 10, and Smith even boarded the bus again as fire raged through the vehicle to make sure she didn’t miss anyone. She relayed her story on Wednesday during an airing of the Ellen Degeneres Show.

Smith, a two-year veteran school bus driver for Prince George’s County Public Schools, told Ellen about her first-ever airplane flight west to Los Angeles for the taping and about the outpouring of appreciation she’s received for her heroic efforts. Smith said all the pep rally’s and invites have been “life changing.”

Smith is also a single mother of two, and Ellen said that Smith’s son and daughter must know she’s a hero. And as only Ellen can, she commented that Smith essentially lives paycheck to paycheck. So with the help of show sponsor Shutterfly, Ellen presented Smith with a check for $20,000.