Positive Culture is Invaluable, No Matter the Economy 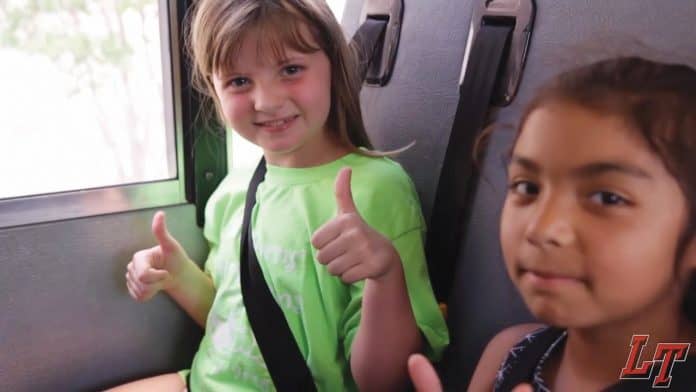 It was 10 years ago when the U.S. was approaching the end of a financial crisis not seen in 80 to 90 years. The unemployment rate was at 10 percent and would continue at about that pace for another year and a half. Those figures, however, did not reflect partially- and under-employed workers, those were disabled and unable to work, or stayed at home because they couldn’t afford childcare, or who had simply given up. This is otherwise known as the real unemployment rate.

Still, while the Great Recession cost 7.5 million jobs and decimated housing prices, retirement and savings accounts, and school budget coffers, just to name a few, it did provide a silver lining. There were more applicants to become new school bus drivers than ever before. The economy refocused job seekers on new employment opportunities they might not have otherwise considered.

While it’s important to understand that the real unemployment rate is actually about double the figure that the media reports, the negotiating power in the current job market largely belongs to prospective employees. The Wall Street Journal reported last month that job growth at small businesses fell to the lowest levels in nearly eight years. The central issue is that smaller companies are struggling to attract and retain workers, especially as wages start to rise. Sound familiar?

It’s no surprise that this industry finds itself again choking on the bitter pill of bus driver shortages. The driver position historically doesn’t pay well—at least compared to other transportation positions that don’t add the distraction of 60 screaming children on board. Over and over again, I also hear about drivers lamenting a lack of guaranteed hours, and as a result, they are not eligible for health insurance and other routine benefits.

This month’s reader survey indicates that over 72 percent of the 426 respondents were short drivers, as they ended the school year and now begin preparing for 2019-2020. Last fall, 74 percent of 486 readers said they didn’t have enough drivers. Perhaps the issue has slightly improved, but not enough.

And pay, alone, doesn’t appear to be the culprit. Pay has gone up, and nearly 63 percent of readers this month said their bus drivers are eligible for overtime. Conversely, over 57 percent of operations do not offer 100-percent paid health insurance, although seven out of 10 readers cited partially paid health insurance as among other benefits they extend to drivers.

What landed at the top of the list of other benefits? Sick leave, which doesn’t bode well for the next statistic. Over 5 percent of readers told us that while they were fully staffed for route service heading into the next school year, they still lack adequate substitute driver pools. One reader called the situation desperate.

All of this begs the $64,000 question: What else can school districts and bus companies do to attract and retain good bus drivers? We raised that topic once again this month and will continue the conversation in our July issue, as well as at both the STN EXPO Indianapolis and STN EXPO Reno conferences.

The discussions will invariably come back to leadership, coaching and creating a positive culture in the transportation yard, in the break room and on the school bus. Let’s face it, driving a school bus is hard work, and with it comes the stick much more frequently than the carrot. However, it’s a mistake to think that the carrot must always include dollar signs.

The thing about instilling the right culture is that it needs continuous watering for nourishment and growth. That’s also what high-performing employees need to remain engaged in your organization, as opposed to leaving you high and dry.

As you head into summer, keep that at the forefront of your mind. It’s easier said than done, but well worth it in the long run, no matter the state of the economy.

Have you ever wanted to attend a conference but didn’t have the time or resources to participate? Maybe one lucky person on your team...
Read more
Blogs

COVID-19 has forced nearly every aspect of society to evolve and hope for a little luck along the way. Keep moving forward. Keep innovating....
Read more
Blogs

Getting Back to School Requires Drastic Changes

Editor's note: The following white paper provides an in-depth evaluation of the current state of COVID-19 as related to school startup and changes the...
Read more
Blogs

NTSB on Getting Back to School Safely

COVID-19 has changed how we look at our health and safety. In the world of traffic safety, school-bus crashes are relatively rare, but our...
Read more
Blogs

Automotive safety technologies continue to play a big role in saving lives across the country every day. One of the most effective technologies, known...
Read more
Blogs

Help Is On the Way

At the outset of COVID-19, which seems like an eternity ago, you might recall shortages of toilet paper, paper towels, hand sanitizer and cleaning...
Read more