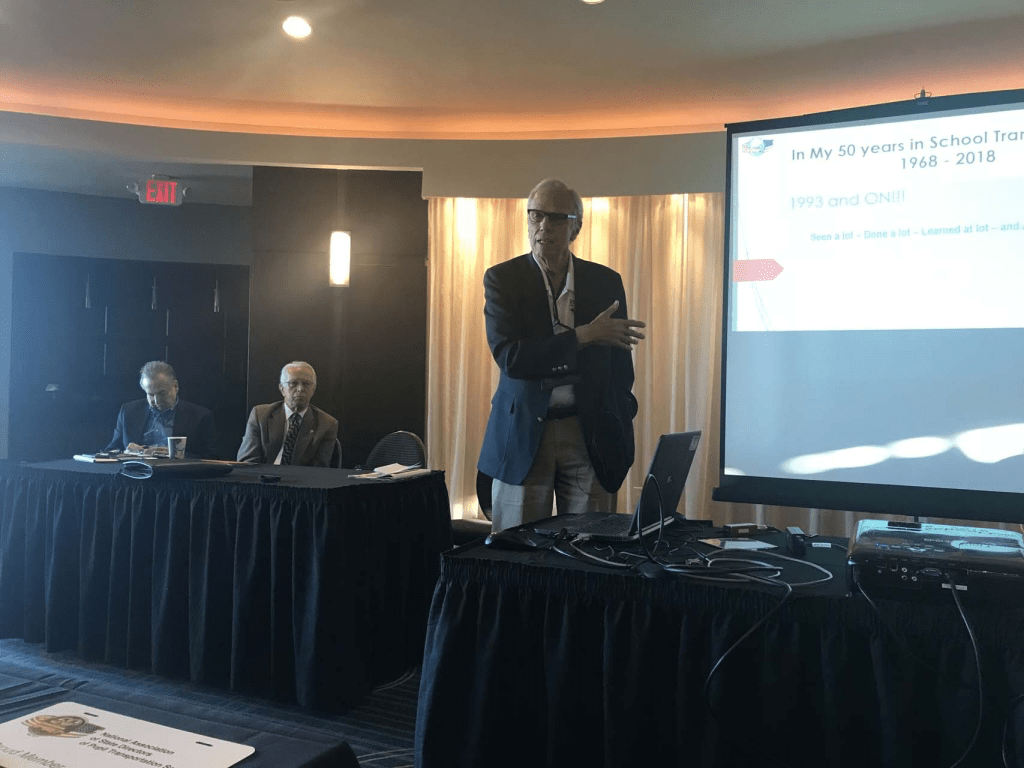 A panel featuring founding members of the National State Directors of Pupil Transportation Services opened day two of the association conference, which also featured updates from around the school bus industry.

Later in the day, NASDPTS attendees received analysis on Kansas’ survey on the loading/unloading or Danger Zone, how student transporters can help combat human trafficking through Busing on the Lookout, and research on the impact of lap/shoulder belts on student behavior.

Behavior challenges on board school buses are nothing new, but they certainly seem to be worsening in recent years. And that’s on general routes. School...
Read more
Event News

A special session planned for March 21 at the TSD Conference in Frisco, Texas, will provide attendees who transport students with disabilities and special...
Read more