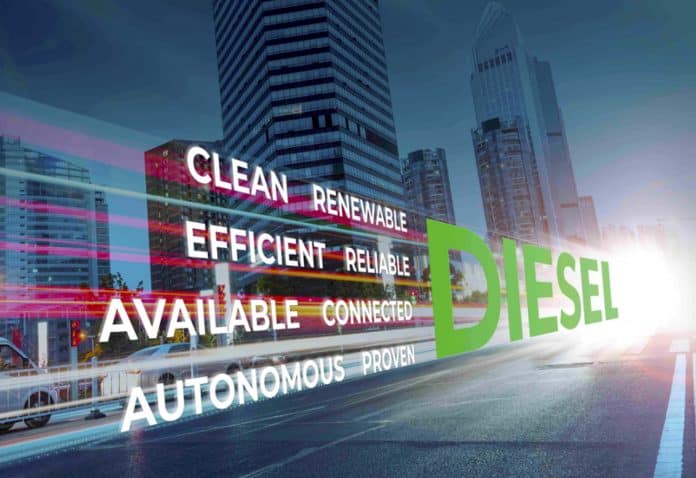 WASHINGTON, D.C. — The May 23 statement below is from Allen Schaeffer, executive director of the Diesel Technology Forum, in response to a report issued the same day by U.S. Public Interest Research Group (PIRG) and Environment America. Schaeffer says the report ignores the basic premise of the Volkswagen emissions settlement, wrongly vilifies states that diversify spending and choose clean air first.

The legally-binding purpose of the Volkswagen (VW) Mitigation Trust is to reduce nitrogen oxide (NOx) emissions, offsetting the emission from noncompliant Volkswagen vehicles on the road between 2010 and 2015.

It is not, as the U.S. Public Interest Research Group (PIRG) report falsely assumes, to pay for all-electric investments. That’s one reason why this “scorecard” gets a failing grade: it applies an “electrification litmus test” over clean air outcomes and state’s individual needs. It also fails to recognize the emissions performance of new-technology diesel engines.

For most states, the largest contributors to NOx emissions are from heavy-duty trucks and off-road equipment, including locomotive and marine vessels, according to data compiled by the U.S. Environmental Protection Agency. The fastest and cheapest path to reduce these emissions is to replace older diesel engines, vehicles and equipment with new diesel models.

Early on, we recognized that the state’s VW Settlement processes were being viewed by some as a means to achieve other goals, rather than to put NOx mitigation and clean air first. Emissions inventories should be dictating clean air and settlement spending decisions, not how well a state plays technology favorites.

Having worked with state air regulators over a long period of time, we knew that states would pursue different approaches and have a diverse array of choices for where these funds might be allocated. We also knew states would face many pressures to meet localized needs. In all instances, we respected the state’s processes and decision-making.

Those 46 states, plus Washington, D.C. and Puerto Rico, not receiving an “A” or “A+” in the PIRG scorecard—those that have allowed for these settlement funds to be used to replace older vehicles and equipment with new technology diesel or even natural gas—will likely achieve far greater emissions reductions and generate many more benefits for their communities than those states that chose other paths.

As the PIRG report notes, the all-electric option comes with a price tag two or three times that of a new diesel option and requires further significant investments in recharging infrastructure. As a result, many more older and higher-emitting school buses can be replaced with the near-zero-emissions diesel option, generating far greater emission reductions than with an all-electric option.

While all-electric technologies are available, these technologies are not easily adopted by all school districts. Range and ambient temperature limitations, lack of charging infrastructure, and the much higher purchase price of all-electric school buses may hinder suburban, rural school districts and those that cannot afford the higher price of the technology and support infrastructure.

For these districts, currently available near-zero emissions technology, including diesel, is viable and the best choice. But not in the eyes of the PIRG Scorecard.

Clean diesel technology is not only an important technology to reduce emissions from much larger engines, including those that power locomotives and marine vessels, it is the only available technology for these applications.

Recent research confirms that replacing older engines that power locomotives and marine vessels are among the most cost-effective projects to reduce NOx emissions. Such replacements generate many more emission-reduction benefits than other projects, including school bus replacements.

Research by Ramboll-Environ for the Environmental Defense Fund and the Diesel Technology Forum proved that investing in diesel replacements or upgrades for the largest, oldest engines is among the most cost-effective options to deliver the greatest amount of cleaner air.

Consider that if California dedicated all its $422.6 million settlement dollars to tugboat engine upgrades, the state could eliminate 9 MILLION pounds of NOx with a purchase of 302 Tier 4 clean diesel engines. If instead all $422.6 million went to purchasing battery-electric buses, it could purchase only 480 buses, and only reduce 500,000 pounds of NOx—just 5.5 percent of the reductions delivered by diesel technology.

Choosing to spend the VW Mitigation Trust funds on clean diesel technologies will maximize the emissions-reduction benefits that can be gained from the limited amount of available funds.

The more interesting and important evaluation of states’ spending choices in the VW settlement will be in the next few years, as the true NOX mitigation and clean air outcomes of today’s decisions play out in the real world.

More information and resources on this issue are at:

About the Diesel Technology Forum

The Diesel Technology Forum is a nonprofit organization dedicated to raising awareness about the importance of diesel engines, fuel and technology. Forum members are leaders in clean diesel technology and represent the three key elements of the modern clean-diesel system: advanced engines, vehicles and equipment, cleaner diesel fuel and emissions control systems. https://www.dieselforum.org