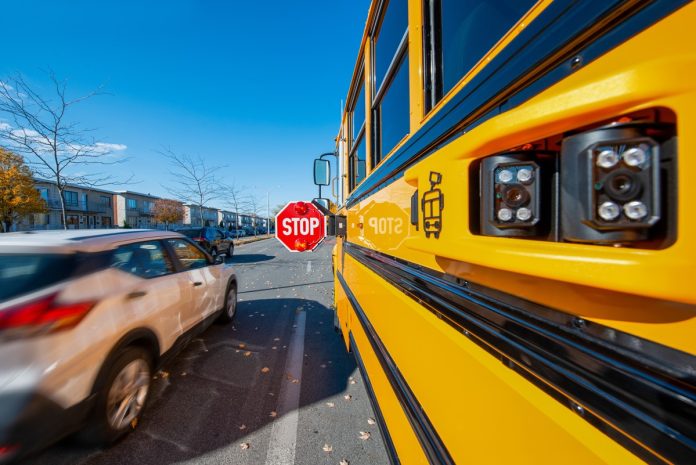 WARREN COUNTY, Pa. – The Warren County School District (WCSD) has launched a safety initiative to reduce the rate that drivers illegally pass stopped school buses and make roads safer for students. The new safety program is in partnership with local and state law enforcement and BusPatrol, a leader in smart safety tech for school transportation.

When complete, BusPatrol will equip the district’s fleet of 80 school buses with its 360° Student Transportation Safety Platform. The platform includes AI-powered stop-arm cameras and sensors, 4G LTE connectivity, GPS, a silent alarm system, and more. The technology is provided at zero cost and is exclusively funded by violators.

WCSD Transportation Manager Michael Kiehl stated that his department receives numerous phone calls from bus drivers and concerned citizens about witnessing motorists illegally passing school buses. Those callers often lack the necessary information to help identify the violator. The high-resolution camera systems from BusPatrol will capture the data and provide it to law enforcement to review and confirm that a violation has occurred.

Kiehl stressed: “The safety of our students is the number one priority, and I cringe when I hear about stories like what has happened at neighboring districts.” Referring to a 13-year-old child who was struck and killed by a vehicle that failed to stop as a dozen students were boarding at a bus stop in a neighboring district. “We want to take a proactive approach when it comes to student safety and attempt to address the issue before we have a major incident.”

The Warren County School District will be the first to install the BusPatrol Student Safety Platform in Western Pennsylvania. The system is expected to be online in February of 2022.

Jean Souliere, CEO & Founder at BusPatrol, said: “Across the state of Pennsylvania, we are repeatedly hearing reports of drivers ignoring the stop-arm and blowing past the school bus. Dangerous driving around school buses can be fatal, and we owe it to our children to ensure that they get to school and back safely.”

Pennsylvania state law requires motorists to stop at least 10 feet away from school buses with red lights flashing and stop-arm extended. Drivers must stop for a school bus approaching in any direction to allow children to enter and exit the bus safely. A violation for a driver captured by the stop-arm camera will result in a $300 fine.

About Bus Patrol:
BusPatrol is a safety technology company with the mission of making the journey to and from school safer for children. BusPatrol’s safety programs change driver behavior and create a culture of awareness and responsibility around school buses. In addition, they provide accessibility for school districts, and municipalities to modernize their entire school bus fleets by outfitting them with the latest stop-arm, route planning and route execution technology.