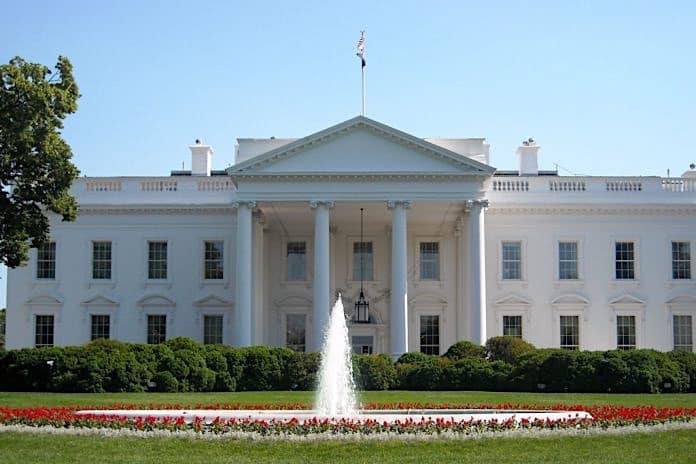 In the midst of the holiday season and stricter reopening guidelines due to the rising spread of COVID-19, Congress reached a long-awaited deal consisting of a $900 billion coronavirus relief package. Yet many argue it’s not enough.

In addition to unemployment benefits sitting at $300 weekly for 11 weeks and direct stimulus payments of $600 to individuals, funding for schools, small businesses and transportation remain high on the federal funded list. The school bus industry also received a shot in the arm, though there had been hopes for more funding.

Lawmakers in the House and Senate reached an agreement on Dec. 20 and voted the next evening to send the bill to President Donald Trump’s desk. However, Trump said the direct payments of $600 for each American adult were not enough and he refused to sign the bill into law, before finally acquiescing on Sunday, making it the second-largest federal stimulus package, following the $2 trillion CARES Act passed in March.

The Consolidated Appropriations Act of 2021 allocates $82 billion for colleges and K-12 schools, which will remain available through Sept. 30, 2022, to help the Department of Education prevent, prepare for and respond to the coronavirus. The bill would provide more than $54 billion for K-12 public schools directly.

In a statement earlier this month, Austin Beutner, superintendent for Los Angeles Unified School District (LAUSD), outlined a federal school relief program that should consist of cleaning and sanitizing schools, COVID-19 testing for students and staff at schools, mental health support for students, and summer school for all. He said in order to accomplish these goals, school districts nationwide need $125 billion dollars.

While Coronavirus Economic Relief for Transportation Services (CERTS) Act funding for the motorcoach industry made the bill, it is less than hoped for. The motorcoach, passenger vessel and private school bus industries receive $2 billion, down from the proposed $8 billion.

“While NSTA is disappointed that the proposed $8 billion was reduced in the protracted negotiations of the final package. We do view this legislation as an interim step, and we are hopeful that Congress revisits the issue early in the 117th Congress.”

Still, NSTA applauded the passage of the overall stimulus package, as it provides direct relief for school bus contractors. The inclusion of funding for private school bus companies has been something NSTA has been advocating for since May.

“School closures in the spring and fall have negatively impacted private school bus companies due to many school districts refusing to pay contractors any or just a portion of their contract during these closures,” said NSTA President John Benish of Cook-Illinois Corporation. “The CERTS provision in the Coronavirus relief bill will provide needed relief for these companies to bridge the uncertainties of payment during a pandemic that is still raging, help keep our valued employees tied to our companies, and ensure our industry’s survival.”

Meanwhile, The American Bus Association said it was unhappy with the funding allocation in a press release, stating “Congress has once again failed the motorcoach industry.”

“It is truly disappointing and shocking that once again congressional leaders have failed to provide adequate funding for the motorcoach industry” Peter Pantuso, ABA president and CEO said. “The private motorcoach industry has been the only form of passenger transportation ignored by Congress over the past 10 months of the pandemic. But with 61 Senators and more than 270 Representatives supporting a funding ask, we had strong hope the funding would be included in this final COVID-19 package. Now, to see these monies that were finally designated to save this essential industry now diverted to prop up highway projects suffering due to low gas tax revenue is simply tragically ironic given that motorcoaches are the only public passenger transportation mode that still pays these fuel taxes.”

In addition, the bill also provides clean transportation provisions, including the extension of alternative fuel tax credits and infrastructure tax credits through 2021. Propane credits are covered at $0.36 a gallon and fueling equipment for propane and natural gas is eligible for a tax credit of 30 percent of the initial cost, not to exceed $30,000 per property.

It also reopens the Paycheck Protection Program, which allows businesses to apply for a second loan from the $284 billion made available. It would be limited to those with fewer than 300 employees and experienced a drop of at least 25 percent of revenue during the first, second or third quarter of 2020. Another $20 billion would be available for businesses in low-income committees and $15 billion for struggling live venues, movie theaters and museums.

While the bill did not allocate more money to fund states directly, the bill allows states to spend the funds provided by the Coronavirus Aid, Relief, and Economic Security (CARES) Act until Dec. 31, 2021.

Another $20 billion was set aside for the purchase of vaccines, $9 billion for vaccine distribution and $22 billion to help states with testing, tracing and COVID-19 mitigation programs.