Preparing Before a Disaster Strikes 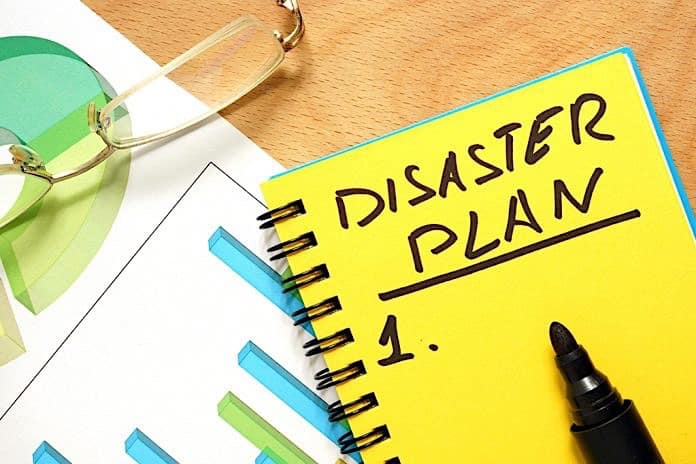 The severe weather experienced by the Louisiana parishes of Baton Rouge, Livingston and St. Helena last August was nothing short of the apex of natural disasters.

With the grounds already saturated from previous rains, an unimaginable torrent of rain hit the area on Aug. 11, dumping two feet of rain in less than 48 hours.

Waters rose so quickly and unexpectedly in the heart of Louisiana that bus drivers were forced to stop taking children to school in mid-route and return them home as roads became impassable by the minute. Even Hurricane Katrina, which destroyed a large swath of Louisiana and Mississippi properties in 2005, gave Gulf Coast residents more warning than did the 2016 deluge.

“They called it a 500-year storm. Some called it a 1,000-year storm,” said William Zimmerman, First Student’s local manager with the Zachary Community School District in Baton Rouge. “That day we came into work and there really wasn’t a whole lot of warning.”

Local transportation pros, who were pressed into service to assist with evacuating the general public even as they worked to address their districts’ priorities, said nothing in their past training or planning had equipped them for such a dramatic turn of events.

While Zimmerman worked closely with his district superintendent, beyond that, he added, “There was no preparation and no direct chain of command.”

The swift and unexpected disaster raises basic but important questions that every district should answer before disaster strikes:

Zimmerman’s experience, shared by East Baton Rouge Parish Schools Administrative Director of Transportation Eric Johnson, prompted them to urge fleet managers across the country to plan now for even the most unlikely disaster situation. And, they have a kindred spirit in Dennis McPheron, Findlay (Ohio) City School District facilities director, whose bus garage was hit in 2007 by the city’s second-worst flood.

Being able to send a blast communication to parents—either via email, text or voice message—is a vital communications component in an emergency, Johnson said. Having a rapid-response media plan is another must-have.

“One of the best things to do is know your benchmarks,” said McPheron, referring to water levels and other disaster predictors. “Have them in place in advance so you know when you have to start moving buses. Another key is communication with city officials. Take proactive measures so you have a game plan well in advance and you have it in place before you need it.”

Since August, Zimmerman has had at least one meeting with city officials to develop that clear chain of command and better develop an emergency evacuation plan.

“I’d recommend that for anyone beforehand,” Zimmerman said. “Meet with local officials and whoever else you have to meet with to get a plan together on who you get your information from, when you react, how you react, where you go. That could have saved us a lot of time.”

He also recommended familiarizing non-transportation officials with bus capabilities, particularly so they understand what can happen with electronic systems if those officials are counting on school buses to evacuate the general public from high water.

Zachary Community’s small transportation staff was hit with more than 1,000 pick-up and drop-off  change requests in the initial days of the flood. By early December, most residents had returned to their homes and change requests were down but still not gone.

In the aftermath of a disaster, Johnson said living up to McKinney-Vento obligations can be a ““very big puzzle.” Temporary shelters have closed but more than one-third of the district’s residents lost their homes. Students’ living arrangements are far from back to normal and one school was still out of commission as the year came to an end.

“Every day, we have to figure out how to transport students who have had to move from one place to another,” Johnson said. “It’s a very fluid situation with families going from this hotel to that hotel, from hotels to staying with family members and going from family to family.”

The East Baton Rouge district attempted to protect its 570-bus fleet from the rising waters, but there wasn’t much refuge to be found.  More than 100 buses were a complete loss by the time waters receded. Johnson has since purchased 68 buses but his operating is “running extremely lean and it’s going to be difficult for the foreseeable future.”

While Johnson and McPheron said area districts were quickly willing to offer equipment during the crisis, having a bus loaning or sharing plan with area districts in the event of a disaster can ease the initial shock of a big hit to a fleet.

During Findlay’s big flash flood, the district’s bus facility was surrounded by deep water and the transportation department spent $40,000 to clean up the aftermath and repair some buses’ damaged brake drums. District officials were always vigilant whenever rain was in the forecast.

“When the water would rise, we’d err on the side of caution and move the buses, of course, but that took a lot of staff time and cost a lot of money,” McPheron said.

But finding a permanent solution to shift the 44-bus fleet and support operations to higher ground didn’t happen right away. The district’s first plan to buy 13 acres was shot down when the city council voted against rezoning the property after neighbors complained about increased traffic and perceived dangers.

Thanks in large part to a $1.1-million contribution from the Marathon Petroleum Corp., in 2014, the Findlay district invested $1.7 million to purchase a bus parking lot and an 8,000-square-foot maintenance building on higher ground in May 2015. (Remaining costs were covered from the district’s general fund and a permanent improvement levy.)

In selecting the former RV sales site, McPheron conducted studies to ensure traffic patterns would not be a problem with a nearby business park that includes 13 manufacturing plants, four distribution centers and more than 2,000 employees. Rumbling school buses leaving the yard between 6-7 a.m. no longer disturb residential neighbors, the new facility connects to major roadways and, of course, there’s the flood plain angle.

A building renovation added two bus bays, raising the total to five, and the facility opened in Aug. 2016.

“We’re out of the flood plain. It’s not a problem anymore,” McPheron said. “We have a top-ranked facility that’s long overdue, but it’s going to serve our needs for years to come.”

The immediate challenges created by a disaster are only the beginning, Johnson and McPheron said.

With a large part of his fleet damaged, Johnson was sent scrambling for replacement vehicles. He faces a long paper chase with the Federal Emergency Management Agency (FEMA).

“I know someone who is still dealing with paperwork from Katrina,” Johnson said.

McPheron noted his district dealt with FEMA paperwork over the course of three years and even hired clerical help to stay on top of it.

Johnson cautions that fleet managers should be prepared for a one-two punch in the form of sticker shock and a catch-22 in the event they do lose buses in a disaster.

FEMA reimburses losses at 90 percent. In the case of an older bus, the district might receive 90-percent reimbursement but either can’t find an affordable same-model replacement or might be prohibited from putting it on the road due to its age.

“You cannot buy a 10-year-old bus and put it on a route,” Johnson said. “The only way to replace them is with newer or new buses.”

Zachary Community was more fortunate, with only one bus severely damaged by water and others requiring oil to be changed out of wheel hubs.

Added McPheron, “What we had in 2007 was a 500-year flood. Since then, we’ve had six other major floods but nothing as bad. The first thing to do is get good documentation. Probably the major thing I learned this is now just regular protocol before we start doing anything is to get our cameras out and record everything. We get video of serial numbers and the condition of equipment. When you have a flood, you’re throwing out things left and right. Video is the best way to account for it.”