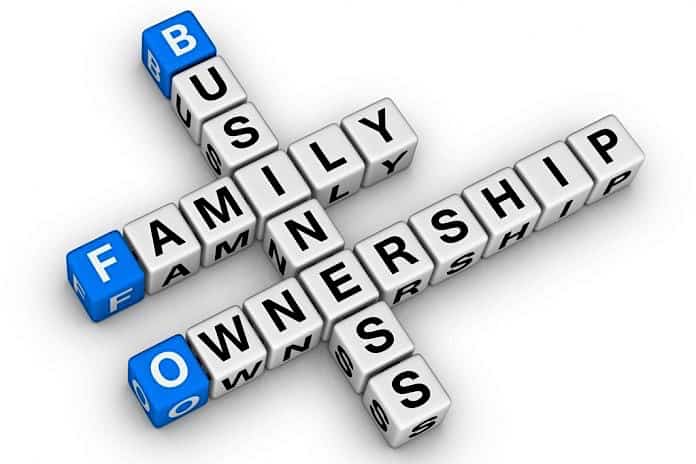 Family businesses are sewn into the very fabric of the U.S. of A., so it’s no surprise that they are common in the industry behind the emblematic yellow school bus.

Family-owned operations have roots stretching back to the beginning of the 20th century and have witnessed many changes. But all agree that personalized customer service is the key to success and longevity. School Transportation News recently recently spoke with several of these companies.

Dale Krapf of Krapf Bus Companies said the company his parents George and Eleanor founded in 1942 still maintains two of its original contracts.

Dallas attributes the company’s success to its people-oriented approach. “It’s about providing excellent service and commitment to the community, along with open communication and respect for our drivers,” he said.

Based in West Chester, Pa., Krapf Bus currently serves nearly 25 school districts, according to Blake, who echoed his uncle. “As a family-owned business, we’re small enough to react quickly to our customer’s needs but large enough to benefit from economies of scale financially,” Blake said.

Reid Oyster of Apple Bus Company in Kansas City, Mo., said his father, Mike, worked in the school bus industry for three decades before starting his own business in 2000.

“He liked the idea of a family-owned business atmosphere — he liked the customer-centered business model,” Reid said of his dad’s reasons for breaking out on his own. Apple Bus started out with one location, he explained, and now has 30. Although its customers’ fleets range from one to 100 vehicles, Reid said all of them receive the same “personal touch.”

“We take our time to go down there and sit with the superintendent and train the driver… That’s really become our niche,” explained Reid. “In the entire history of Apple, we’ve had one contract go to bid after we received it. Just one. To only lose one in a bid process, I think, shows the level of service we provide to customers.”

The More Family, the Merrier

Sue Weaver, who took the reins of BESI Inc. after her father passed away, enjoys working with her engineer husband, Lorne, and daughter, Brittany, who oversees sales and marketing. In 1975, Bill Moore founded the company in Hamilton, Ohio., out of his garage. Three decades later, it has evolved into a leading manufacturer of seat covers and passenger securement systems.

“Our claim to fame was the innovation of the Velcro seat cover,” Weaver said, adding that BESI has kept pace with the changing student transportation industry by “knowing what changes are happening and how it’s going to affect the product that we make.”

Weaver also said she takes pride in maintaining the values of honesty and fairness her father instilled in her, with vendors, BESI’s customer base and its employees. “What’s special is that, at the end of the day, the work that you do means something and it matters more,” she said. “It’s extremely rewarding.”

Brandon Billingsley, president of OEM supplier Heavy Duty Bus Parts, said the legacy his grandfather left behind can be summed up in one word: integrity.

After starting his own business in 1965, L.B. Billingsley was instrumental in the invention of the universal axle bend, Brandon said. L.B. and Brandon’s father, Don, were also among the first to build seat covers for school buses and to introduce on-board video surveillance.

“I would love to have the opportunity to work just one day in my adult life with my grandfather,” said Brandon. “That said, my father had an entirely different skill set, and he and I complemented each other very well. When he retired, I really began to appreciate how much he did for this company.” 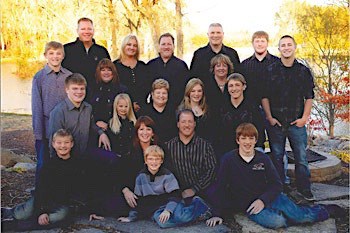 Several Hays family members still work at REI, founded by grandfather Clyde, including Scott and Jeff Hays and their sisters, Lorri Taylor and Terri Jukes, as well as Terri’s husband, Guy. They are pictured above with their families, just a few of the many aligned with the industry.

“Working with family can be challenging because we’re all passionate about our company and building up on our past successes, so we don’t always agree — but, like with any family company, blood is thicker than water,” said Scott, who joined the business in 1984.

While grandfather Clyde Hays set up shop in 1938, his son, Robert, eventually took the company in another direction: electronic manufacturing. Once Scott came aboard, he said REI became “more technology driven.” Still headquartered in Omaha, Neb., REI has four locations, including a service facility in Florida and offices in Brazil and China.

Sol Englander became owner of Rosco Inc. in the early 1960s with wife Trudy, and remains company president at age 90. Founded in 1907, Rosco Inc. has changed both its name and focus in the past 20 years, becoming Rosco Vision Systems. Brothers Ben and Danny joined the company in the 1980s and have become VP of engineering and VP of finance, respectively.

Since becoming Pierce Coach Line’s first and only president in 1948, Pop’s son Larry, and Larry’s wife Fran, remain involved in the family business. Son Troy is director of operations.

Larry recalled how he took over for his father, whom he likened to P.T. Barnum because of his innovative ideas.

“Dad had some camp buses and we started working for some school districts. It evolved from two or three buses…to about 60 buses by the time I graduated in 1958. We now operate 105 school buses, 75 of them large buses,” Larry told School Transportation News in 2005.

Today, Fran could not be more proud of the company’s legacy of hard work and strong ethics.

“It’s always been the four brothers, and now it’s the nephews,” she said. “It’s very unusual that a family has maintained this relationship and success for so many years. I think it’s their upbringing, their morals and their work ethic.”

Reprinted from the November 2011 edition of School Transportation News. All rights reserved.