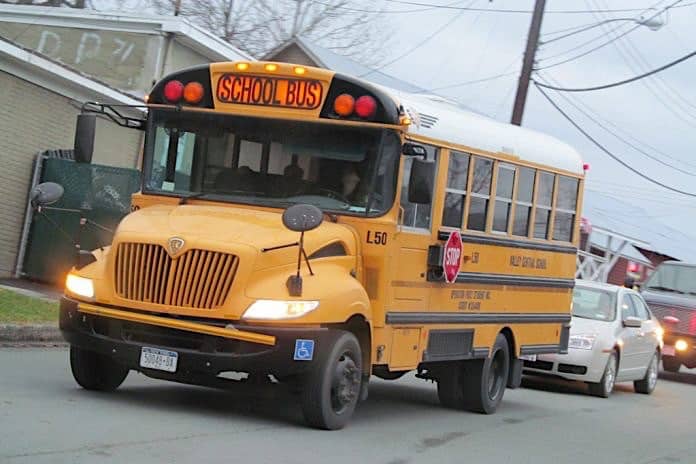 The School Bus Safety Company has recreated its popular school bus “Danger Zones Training Program” to address students who continue to die while crossing the street to and from their stops.

The Danger Zones Program announced on Wednesday was originally created a decade ago, with 5,000 copies provided free of charge to school districts and school bus companies across North America. An update was made three years ago and the company sent another 3,000 copies for free.

The latest version, which is also available for free, includes video examples of the incorrect crossing. It shows the correct safe method of crossing and the consequences of not enforcing the safe crossing procedure. The new program is designed to train drivers to give clear instructions to students, count the kids away from the bus after they exit, know where the kids are, and clear the mirrors before they move.

Chris Walls, president of School Bus Safety Company, pointed out that 87 danger zone fatalities have occurred over the past 10 years, with nearly half (46) occurring as students attempted to cross the street. For the 2016-2017 school year, as reported by the annual National School Bus Loading and Unloading Survey, six of the eight students who were killed were crossing the street.

“If we want to make the kids safer, we need to reduce crossing fatalities and the way to do this is by getting districts and contractors to not only receive a copy of the program, but to follow the safe practices identified in it,” Walls said in a statement.

One way to reduce crossing deaths is to reduce the frequency of students who need to cross the street, explained Jeff Cassell, School Bus Safety Company’s chief operating officer. School districts have the capability to route their buses so stops are only made on the same side of the street as students’ homes. But often, these instances can’t be avoided, due to lengthening of bus ride times, especially in rural areas, or they substantially increase operational and capital costs.

“Prohibiting students from crossing the street is imperative and saves lives,” said Antonio Civitella, president and CEO of school bus routing provider Transfinder. He added that technology can also prohibit the creation of stops that allow students to cross. “One way to minimize the length of bus routes that may be caused by only picking up students on the righthand side is to designate turnaround or U-turn areas such as gas stations, parking areas or someone’s house, with their permission. This compensates for the inefficiency of right side pickups.”

Meanwhile, School Bus Safety Company said its research has shown that often, correct student crossing procedures are not followed. Per the National School Transportation Specifications & Procedures manual, school bus drivers should provide a hand signal to students indicating it is safe to cross the street.

Regarding student injuries in the danger zone, no known research exists to provide an accurate number of occurrences each school year, though STN has learned that the National Highway Traffic Safety Administration is considering changes to its Fatality Analysis Reporting System to also track injuries. Although NHTSA has yet to respond to requests for more information on a new program and what methodologies it might use, School Bus Safety Company’s Cassell pointed to Heinrich’s Law of Safety.

“For danger zones, the formula is more likely 300:5:1, as very few students are injured in a danger zone due to the size and weight of the bus and any passing vehicle doing more than 10 mph,” Cassell said. “We cannot focus on preventing the fatality, we need to focus on removing the 300 unsafe acts and prevent all the small injuries. The difference between a small injury and this being a fatality can be a matter of seconds or inches, so we need to stop all.”