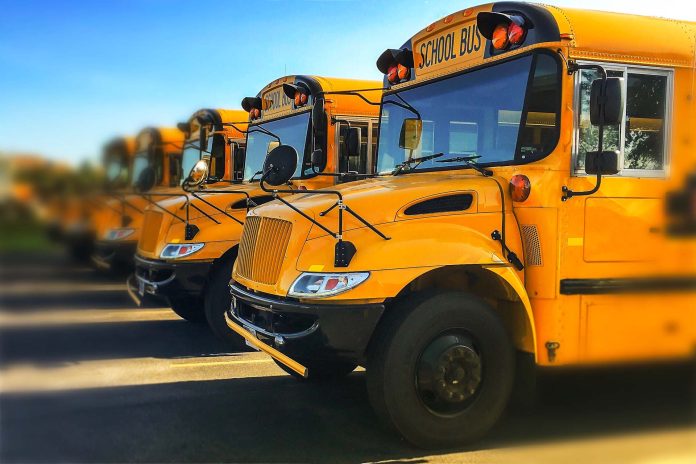 RGJ News reported on March 18 and relayed in a School Transportation News Wire Report on Wednesday that the Las Vegas school district raised its hourly pay in response to 240 bus driver vacancies. Jennifer Vobis, the executive director of transportation for the Las Vegas-area district, pointed out that the previous pay scale was actually $16.18 to $20.63 an hour, with nine pay increments in between. Placement at the top of the scale depends on multiple factors, including time spent working for the district and the years spent working at each payscale increment before moving up to the next.

“[Drivers] do receive a raise, however, it is not $7 an hour,” Vobis explained to School Transportation News on Friday.

She said that rather than a flat hike for all drivers, the wage increases are the result of a job reclassification, which is essentially a reassignment of the grade profile to the existing position.

Vobis shared that Clark County evaluated the complexity, depth of knowledge, and responsibility required to hold a driver position.

“As a result, the position was upgraded to a higher range. This meant that employees currently sitting in these positions would see a change in salary based on the reclassification guidelines set forth by the CCSD Board of School Trustees,” Vobis told STN. “The reclassification guidelines are involved, and even if a driver was at the top of the pay scale in a lower range, $20.63, they would not be placed on the same step on a higher range when they were reclassified, meaning they would not automatically start earning $27.67, which is the top on the new range.

“The better news is now that they are on a higher range, they have the opportunity to make more based on their years of service, whereas before they were maxed out.”

Washoe County bus drivers reportedly get paid between $14.18 and $25.04 hourly. They are also full-time benefitted employees and are eligible for Nevada’s Public Employees Retirement System.

The district has also offered $2,000 incentive and recruitment bonuses to bus drivers.